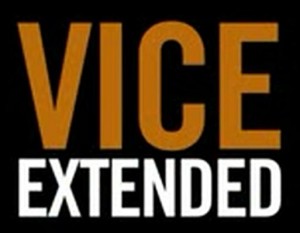 As promised HBOWatch wants to give you even more VICE and since there is no new episode of the series due to the Memorial Day weekend we offer another round of additional footage not seen on air.  Here is a look at clips as they relate to Episodes Five through Episode Seven.

The first set of extended footage comes from Episode Five “Winners and Losers.” Ryan Duffy gave us the story of some Mormon Lost Boys. This is a look at one such excommunicated man not shown in the segment. Here is Lorin’s Story.

Admit it, regardless of what you think of his religious persuasion, it was wrong for him to be stripped of his family.

Since Ryan’s story was about lost ‘boys’ I guess the following clip didn’t fit into the segment, so we offer it to you here – Nikita’s Story.
She is even happy for the simple pleasure of choosing what to wear.

One more video from episode 05 relates to Thomas Morton’s look at The Fat Farms of Mauritania. Seems there is an alternative to the traditional Gravage practice –Pharmaceutical Gravage.

This skinny little dude will fucking do anything!

This episode ran a third segment called Mumbai Skyscraper. Shane Smith was behind the report and he had an interview with an interesting person within the miasma of Mumbai. Here is her story in Dalit Queen – Kalpana Saroj.

That takes us to Episode Six “Corruption.” The first segment from Ryan Duffy takes us to the surreal world of China’s Ghost Towns.Here is Strolling the Thames.

Help yourself to a comment because for me – there are no words to explain this.

Next up was Egypt On The Brink. Suroosh Alvi had that report and the added piece we offer you is Women Under Assault.

If I recall correctly a female Western journalist was also assaulted and made the news here. It is wrong, of course, no matter the nationality.

The last episode we will look at here is Episode Seven labeled “Addiction.” Tobaccoland was the first segment with Thomas. The extra footage is about An Anti-Smoking Rally.

I also gather there are no rules there on what age you need to be to ride a kiddie train.

Finishing off this extended look at VICE is a video clip related to the segment Underground Heroin Clinic. Here is Bwiti Naming Ceremony.

And I think that is a great video to end with don’t you?

There will be more VICE to talk about on HBOWatch in the weeks ahead. Episode 08 airs 05.31; Episode 09 is on 06.07 and the Season Finale premieres on 06.14. I will, of course, give my ‘gut reactions’ to each and will wrap up the season with VICE Extended: Additional Footage III.