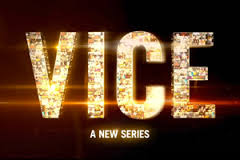 Overview: SENEGALESE LAAMB WRESTLING – The most popular sport in the West African country of Senegal isn’t soccer – it’s Laamb, combining Greco-Roman wrestling moves with eclectic pre-fight rituals and dances. Laamb’s appeal has skyrocketed as the nation’s economy has plunged and top stars are of the Michael Jordan magnitude. In a jarring contrast of color and size, VICE visits Bombardier, a laamb star who’s a hero in his hometown of Mbour, to learn about the physical and spiritual sides of the sport – and to train for our intrepid correspondent’s debut in the ring. 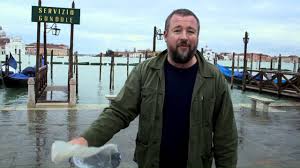 THE WORLD IS SINKING – The global sea level rose by 22 centimeters in the past 100 years – and is expected to rise even faster in the years to come. Naysayers who insist that global warming is just a mirage can look no further than Venice, where the famous St. Mark’s Square is underwater a third of the year, or the Maldives, the island nation which is in jeopardy of sinking into the Indian Ocean. VICE travels from Europe to the Maldives to New York (site of massive flooding caused by Hurricane Sandy) to measure what we might expect if climate change and rising sea levels continue unabated.

Expectations: My expectations are simple with the SENEGALESE LAAMB WRESTLING piece. They are to see what little mess the scrappiest VICE correspondent gets himself into now and also to see how and why this sport is so vital to Senegal. Is it just delinquents and thugs fighting to ease their frustrations in the weakened country or is it an organized sport that serves as a more positive force in these people’s lives? This one should be fun!

THE WORLD IS SINKING talks of climate change. That is a topic we have heard over and over and a topic that cannot or will not go away overnight. It is going to be interesting to hear VICE’s take on this all familiar issue. Also, will VICE tell both sides of the story? Clearly this piece will advocate the belief that climate change is happening and that homo sapiens are fueling the rapid change. However, there is the opposite view that Mother Earth is just going through another cyclical pattern. Will this viewpoint also be fairly and objectively addressed in this piece? Or how about a offering cold facts on what the world’s populations need to do to combat the problem? Will that be part of this piece? It is time for me to find out. 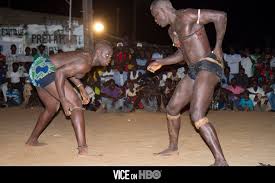 Gut Reaction: Senegalese Laamb Wrestling reported by correspondent Thomas Morton. This is the first segment of VICE that I actually watched that left me with a good feeling. Now, I know there have been lighter pieces but even Thomas’s story about China’s gender ratio left me feeling sorry in the end and Ryan’s piece on China’s recreated London didn’t make me feel much better. This story on Laamb Wrestling however makes me think “You go Senegal.” That sentiment reminded me of the episode’s title Fighting Chance – and the thought that yes, these people have one.

This sport is invigorating this country. This sport, as the segment points out, started as a grass-root release of frustrations and has been building as a national obsession that has been built on the muscles of these men. And it happened in a land where on average you make three dollars a day. Now it is actualized into multi-million dollar enterprise. Now the only hope is that all this money trickles down through the economy and that Senegal can survive or at least fare better than they have been.

And who would have thought scrawny Thomas Morton had a fighting chance as well? It didn’t look good when a six-year old took him to the ground but, in the end he won his bout. It wasn’t fixed, was it?  “You go Thomas!” 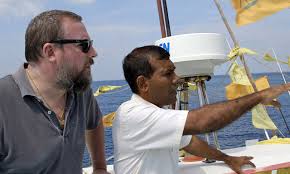 The World Is Sinking reported by correspondent and VICE co-founder Shane Smith. First thing that struck me was the segment title. Usually you think of climate change you think of the waters rising (which is exactly what this segment focused on) but they give us the image of the “world sinking” as if the land is somehow moving not the waves covering it. I know, I should just move on and quit squabbling about semantics. The truth is I am stuck on what to say here. What? How could I be at a loss for words on this topic?

Well, I run into this problem from time to time and always point it out when I do. This is a forum for talking about HBO programming and I don’t see it as a place to heavily discuss the political viewpoints on an issue, not climate change or any other. Of course, that doesn’t mean I won’t weigh in if the comments below happen to lean in that direction. Nor am I going to get into the crap about liberal propaganda with this piece either. I don’t give a shit. I believe what I do regardless and so should you.

Anyhow, there were plenty of images supporting the cause, of violent weather everywhere, even Hurricane Sandy. I have to give kudos to VICE, however, for going to Venice, Italy and the nation of the Maldives Islands. It was clever to use these two locales and spokespersons from each to add commentary to the changing world we live in. Missing was VICE’s opinion or interview with anyone to give us a logical solution to the changes occurring. It is too complicated an issue to broach in the time allotted I suppose. The opposing viewpoint was addressed as good journalism should do – the angle given was not naivete or ignorance or a blasé attitude but America’s greed for Big Business and their shunning of the notion as not to hurt that Big Business. In other words, it looks like we are going to hard-pressed to change the cycle. Again, debate away, if you choose; I’ll leave it at that. 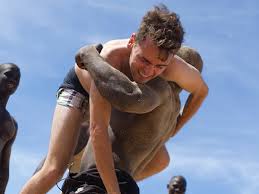 In Conclusion: The episode’s title is Fighting Chance. To me the answer is clear on who does or doesn’t have one. As far as the wrestling men of Senegal are concerned, to me, they clearly have a fighting chance, literally and figuratively. How about the country as a whole? If this piece is to be believed than yes the country itself does also. Hell, we even went in thinking Thomas Morton didn’t have a fighting chance and in the end he did.

Does the human race have a fighting chance against the wrath of nature, regardless of whether we have caused it or not? Or does the title refer to the planet as a whole and not just its populace? Let’s just say that in my opinion Mother Earth, as in the geological and atmospheric construct it is, will adapt and evolve a lot better than we will. Gaia has a fighting chance, and she will outlast us.

On that note, here is VICE: The Morning After . It offers a different host this time around as present is an executive producer for  VICE on HBO Eddy Moretti.  Peace.