We knew that HBO FILMS: CONFIRMATION and HBO FILMS: ALL THE WAY had to be in the can and ready to air, but we couldn’t lock down dates. Unfortunately, we still can’t but we are a bit closer; they debut in April and May respectively. With HBO’s presence at the Television Critics Association event recently they have confirmed the works are about to air and we around here we are anticipating their arrival. You can be assured HBOWatch will watch and review each in turn.

From the official Press Release – 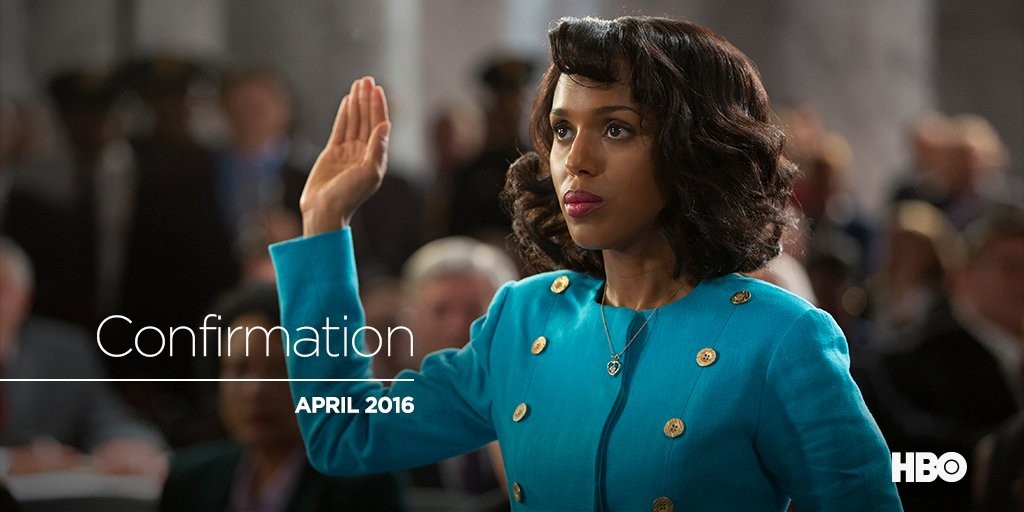 THE STORY OF THE EXPLOSIVE CLARENCE THOMAS

WRITTEN BY SUSANNAH GRANT AND DIRECTED BY RICK FAMUYIWA;

In Association With ABC Signature Studios;

Then coming one month later in May is Bryan Cranston’s turn as LBJ.

HBO FILMS’ ALL THE WAY, WITH TONY WINNER

BRYAN CRANSTON REPRISING HIS ROLE AS

PRESIDENT LYNDON B. JOHNSON, DEBUTS THIS MAY ON HBO;

“Until justice is blind to color, until education is unaware of race,

until opportunity is unconcerned with the color of men’s skins,

emancipation will be a proclamation, but not a fact.”

Following its critically acclaimed, award-winning Broadway run, ALL THE WAY, a riveting behind-the-scenes look at President Lyndon B. Johnson’s tumultuous first year in office in the wake of President Kennedy’s assassination, comes to HBO this May. Bryan Cranston (four-time Emmy winner for Breaking Bad) reprises his Tony Award-winning role for the HBO Films presentation, which is directed by Jay Roach (Trumbo; Emmy winner for HBO’s GAME CHANGE and RECOUNT) from a screenplay by Robert Schenkkan (Pulitzer Prize winner for The Kentucky Cycle; two-time Emmy nominee and Writers Guild Award winner for HBO’s THE PACIFIC), who has adapted his Tony Award-winning play of the same name.

The HBO Films presentation follows Johnson during his early administration, as he sacrifices his past, his ties with the South and all that brought him to power in order to pass the landmark Civil Rights Act, and focuses on his efforts to secure his legacy, control his demons of insecurity and win the presidency on his own terms. “All the Way” was not just LBJ’s campaign slogan, but also captured the do-or-die mentality of all the players on the political battlefield. To what lengths would they go? What lines – political, legal and moral – were they prepared to cross? And at what cost? Each character in the film wrestles with these questions, and many are surprised by the personal discoveries they make.

Two great presentations back to back and we can add one more. The HBO Special LADY DAY AT EMERSON’S BAR & GRILL debuts in March. Here are details: 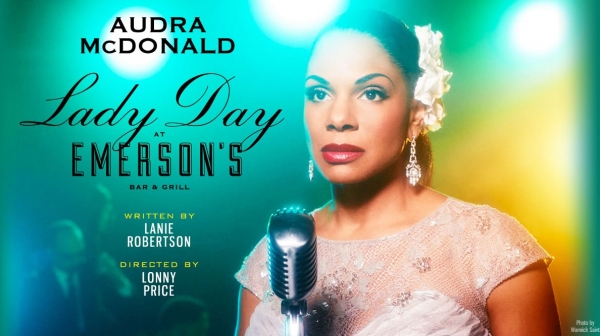 Six-time Tony Award winner Audra McDonald brings her acclaimed portrayal of Billie Holiday in the Broadway smash LADY DAY AT EMERSON’S BAR & GRILL to HBO, with the exclusive presentation scheduled to debut SATURDAY, MARCH 12. Filmed before a live audience at Cafe Brasil in New Orleans, the special features McDonald in her history-making, tour de force performance as the jazz icon.

Originally written for off-Broadway by Lanie Roberston in 1987, LADY DAY AT EMERSON’S BAR & GRILL tells  Billy Holiday’s life story through the songs that made her famous, including “God Bless the Child,” “What a Little Moonlight Can Do,” “Strange Fruit” and “Taint Nobody’s Biz-ness. The HBO Special is directed by Lonny Price, who also directed the Broadway production.

It will be our ‘biz-ness’ to review each of these events when they debut in March, April and May 2016.