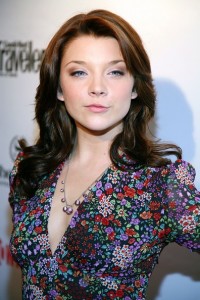 Game of Thrones season two begins filming in July of this year and it’s cast is already beginning to take shape!  Natalie Dormer, who played Henry VIII’s seductive, liberal minded wife, Anne Boleyn on Showtime’s The Tudors has been added to the casting rosters.

Dormer will portray Margaery Tyrell, a beautiful young woman from House Tyrell.  Her character has been pledged to marry the late King’s (Robert Barantheon’s) brother, Renly Barantheon in an effort to garner support for his bid to take back the iron throne from the Lannisters.  She also plays a much larger role in later installments of the novel including Storm of Swords and A Feast for Crows.  Very exciting news for the young star!

Stay tuned for more Game of Thrones season 2 casting information!  Who will play Robert’s eldest sibling, Stannis Barantheon?!  We’ll let you know as soon as we do.