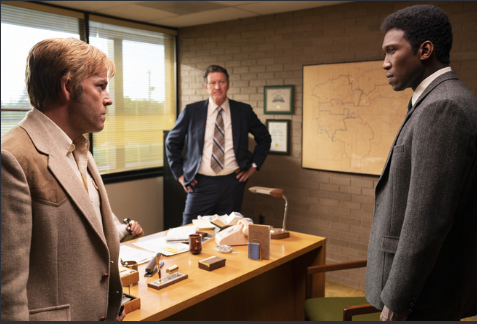 If you haven’t been tuning into the third season of True Detective, you’re missing out. It brings a sense of urgency, guilt, anguish and heartbreak to it. From the opening scenes to the final frames, Mahershala Ali and Stephen Dorff really knocked it out of the park. Their friendship and partnership were one of the most enduring things about this season; it was one of my favorite things about such a gritty and macabre show.

Like the last episode, in the finale, there are many cuts back and forth from 80, to 90 and up to 2015. You have to pay attention – especially when Wayne struggles with his dementia (which is really difficult to watch) because as we get older, it’s something that lingers on the backburner. We see Wayne and Amelia– her reading to a class of college students, him making the rounds as campus security. Happiness is fleeting for Wayne, as we soon see the reasons why.

The ride in the limo is ominous; with trees on either side of the cars and them winding down old country roads, we finally get to meet the man behind the phone call – Mr. Hoyt, the millionaire who’s presence wasn’t made known until the last episode. He’s not out for a social call with Wayne. Hoyt cuts to the chase: what happened to Harris James? Wayne, putting on his best poker face, attempts to disarm Hoyt; but to no avail. Hoyt sees through the act; and as he uncannily states – “We’re both soldiers. You understand triage.” Hoyt KNOWS that Wayne and Roland had something to do with James going missing – and when you’re in a position of power and wealth, you are able to use any type of intimidation possible. Hoyt goes for the jugular: he none too subtly threatens Wayne and his family. When a person’s peace of mind and livelihood are threatened, really, what choice do they have? And when Wayne has to face his superiors and be put in the hot seat (over some details about the Purcell case that Amelia went to the press about), you can guess what happens next. Wayne basically gives his superiors the middle finger and leaves his position in the force; the stress and potential harm to his family just aren’t worth it. 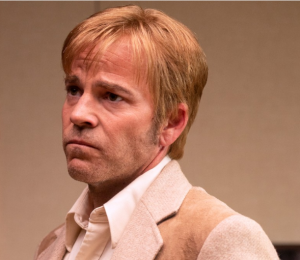 Roland doesn’t take this too well. We see how Roland becomes a lone wolf of sorts; he’s an angry prickly pear of sorts who really doesn’t do too well, in the sense of socializing. Yes, he’s a detective and that means he has to speak to people about crimes from time to time, but as for day to day interactions, he’s not one for small talk. In fact, he goes to a bar and with some serious attitude and muscle, he picks a fight with a guy twice his size (literally) with no regard to his own personal safety. Now, remember a while back where you saw where older Roland lived (nice house in the country with a lot of dogs)? This is where Roland began to make a connection with a stray dog who just happens to cross his path, as he sits outside the bar, bruised and beaten. You have to wonder what makes a person snap to that point where they beat the tar out of four or five biker guys, in a biker bar. I’m surprised Roland didn’t end up in the hospital with a cracked skull. It’s at that moment, when he’s alone, emotional and brooding, that the dog becomes a symbol of hope for Roland.

Now, with the murky history of the Hoyt family and the kidnapping of Julie Purcell, we find out exactly what happened so long ago, how the man with the one eye fit into it all and how the tale ended so badly for Will Purcell. Isabel Hoyt had a mental break of sorts (anyone would be deeply depressed after losing their spouse and child in a horrific accident). Isabel, not clearly possessing a sound mind, had a chance encounter during a company picnic, in which she saw Julie Purcell. In her fragmented state, taking Julie in as her daughter, to replace the child she lost, was a way to cope and have some sort of purpose restored back to her life. This was doomed from the start. That’s where Junius Watts comes into the picture: he wasn’t a procurer for child trafficking; more like a silent caretaker, to keep an eye out on Isabel and Julie. Drugging the little girl with lithium and providing all the necessities of life for seemed like a good idea to Isabel. Junius went along with it for a time, as he saw Isabel was happy again. Children grow older, and with age, comes childhood memories and questions. And there came a time when Julie started to put her fractured memories together and knew in her gut that something didn’t add up. We see through a series of flashbacks that Will died when Isabel pushed him away from Isabel when they were in the woods. We see Junius placing the boy’s body in a cave and we see the dolls being left in the woods. Junius knew that Julie wanted to leave and he helped her, left a door open for her to escape the estate. A hand-drawn map and a place to meet up with Junius never came to pass. Julie took off into the night, hoping to escape for good. 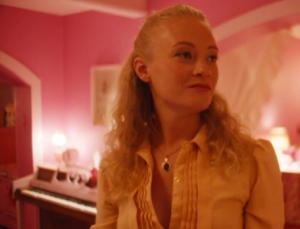 So, Roland and Wayne (circa 1990) killed Harris James, apparently for nothing. They have that crime lingering over them and it eventually tore the two men’s professional relationship to shreds. When we see Amelia and Wayne bickering at each other, Wayne professes that the Purcell case has always haunted him; the shady way things were done; the secrets he had to keep and how he lost a dear friend in Roland. I don’t think that anyone who is married to a police officer, no less a detective, can truly understand the horrific things, awful memories and the psychological toll it takes on a person. Wayne always struck me as being aloof; he remained haunted from his days in Viet Nam, and once on the job as a detective, the things he saw and did take a mental toll on him. It’s no wonder why he put up thick walls. Maybe it was self-preservation. Wayne needed to do what he needed to, in order to cope and survive. You could say the same thing as Roland.

When his mind begins to fade and he starts with the True Crime interviews, it’s this renewed interest in all the terrible things that happened over the past few decades that lead Wayne back to Roland. When Roland and Wayne finally embark on a trip to the rundown Hoyt estate, what they discover was not a child trafficking ring, but a bizarre set of rooms that were meant to help and not harm a child. That’s where Julie spent many years – in the deranged, make-believe world of Isabel Hoyt – as if ‘adopting’ (I use the term loosely) a child, once your own was killed, could ever truly make up for the psychological and emotional trauma Isabel sustained. Julie got older, began to question things and when the opportunity presented itself, she took off. When the pair of men pay a visit to Junius, he is racked with a tremendous sense of guilt and sadness and knows it’s time for him to pay for his sins. He is left to deal with his anguish because Wayne and Roland don’t even want to look at him again. 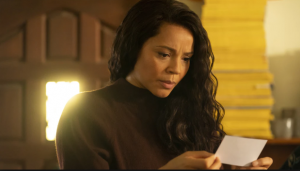 While searching for any other leads, they go to the convent and find out the Julie supposedly died of AIDS. Both men are remorseful and filled with angst. Before leaving, they see a little girl and her father – and I’m sure fans thought it strange that this little girl bore an uncanny resemblance to a young Julie Purcell. It’s only when Wayne has another vision of Amelia, and by dropping her book, does something stir – maybe the nuns protected a young, innocent runaway. Maybe this young runaway was given another chance at life; grew up; met someone and got married – and maybe the nuns did what they thought was best to help this girl, given what she had been through. With Wayne’s dementia becoming worse, would his inklings make any sense, even if we wanted to say what he thought, to Roland or his son Henry? He almost put together the last detail – because it’s like Roland said, neither him nor Wayne, felt any sense of closure. When Wayne almost stumbled upon what was believed to the grown-up version of Julie Purcell (now married and with a daughter of her own), his memory goes blank and we never find out what happens. Henry takes the address his father had and saves it. We’ll never know if Roland and Henry will investigate further.

What we do know is in the end, we see Roland coming to visit Wayne, Henry, Henry’s family and Wayne’s daughter, Rebecca. They all sit on the porch and there’s a bittersweet moment, just watching the adults, as they see the kids pedaling away on their bikes – just like the Purcell kids did in 1980 – and then we’re taken to a time where Amelia and Wayne are trying to decide, very early in their relationship, if they want things to continue. Amelia’s a bit of a talker, whereas Wayne is cautious and guarded. They end up together, walking out the door and the scene fades. It’s in the final moment – where it’s dark and we see a young Wayne, complete with army fatigues and camouflage – stare at the camera with a haunted look, while he slowly disappears in the jungle and it cuts to black – that we understand that Wayne never fully recovered from his time there. It was those early experiences in his life that made him intuitive, yet scarred. And while fans got a fantastic third season of True Detective, you’re almost left with a sense of uncertainty. Would Wayne ever really find out if that woman was Julie Purcell? Would Roland end up taking care of him? Would both men ever truly find peace? That is for you to ponder as the third season of TRUE DETECTIVE comes to an end. Wow, what a journey. 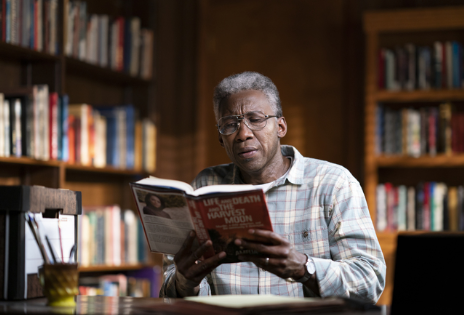