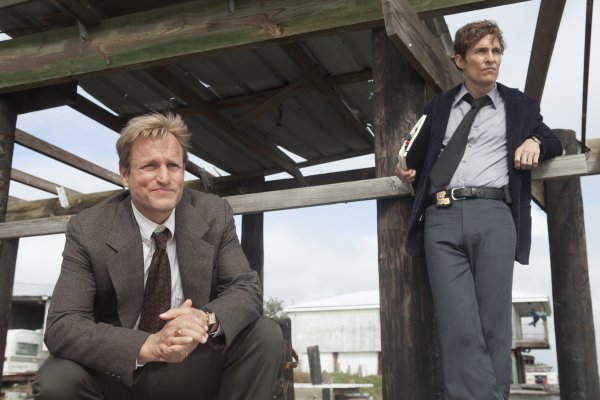 As if the amazing plethora of 20 HBO Emmy nominations (including True Detective‘s own McConaughey and Harrelson) wasn’t enough good news, we have more.

“The two scripts we have… I hate to jinx it… they are more exciting than the first season. [Creator Nic Pizzolatto] is an incredibly talented writer. And he’s blown us away with the first two episodes.”

On top of that, he confirmed that casting announcements could come as soon as next week.

Teasing that we might be seeing some well-known faces next season, Lombardo said:

“The people we will cast will be well-known names, but [casting stars] wasn’t our ambition. Great writing attracts great actors… Maybe people initially came for [Matthew McConaughey and Woody Harrelson], but I think they stayed because the show was so compelling.”

More info at this link.

We’ll bring you more news on True Detective Season 2, and all things HBO, as soon as we have it.