This week’s extended episode was focused mainly on the reopening of the Purcell case in the nineties timeline following the discovery of Julie Purcell’s fingerprints in a Walgreens. One critique of this show is often to do with pacing and how the slow, drawling dialogue and muted scenes often fail to maintain interest in the less dramatic moments but it goes without saying that this season requires a lot more than just the passive viewer. You are a detective as well, you are working the case. You are with Hays on his slow meanders through the woods tracking the children. You are looking closely in every scene for minor clues. This is the brilliance of this program, the fact that it is so consuming and even though we know so little about the Purcell children we are desperate for answers. 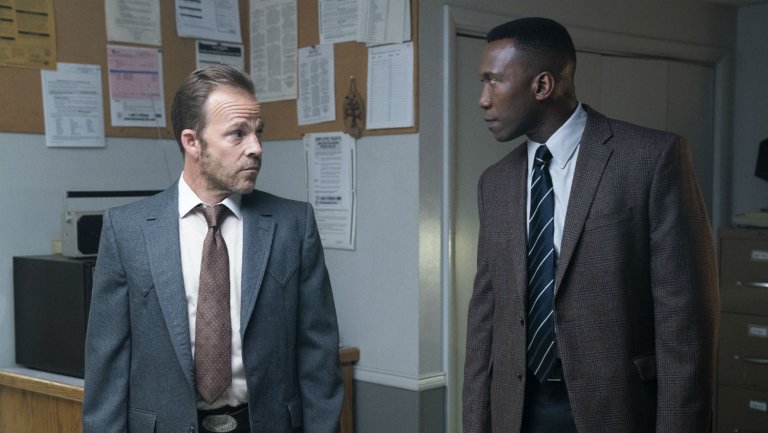 What did this episode tell us about the case?

We’ve learned a lot in this episode about the case, the big one being that Dan O’Brian, the elusive Uncle, has been found dead in a quarry in Missouri and by looking at his skeletal remains, he has been dead for a while. Dan O’Brien piqued interest early on when it was discovered he had been staying with the Purcell’s and had since mysteriously disappeared. Another reveal was that Lucy Purcell, the mother, died of a drug overdose in 1988 in Las Vegas. We also now know that Freddy Burns’ fingerprints were found on Will’s bike and that he chased Will into the woods on the night he went missing. The final reveal came in the present day from the investigative work of the reporters that there had been a mysterious brown Sudan driven by a black man and a white woman that was reported by several neighbors but was never followed up on by police, the most interesting part of which being that Wayne had never heard of this and as the lead detective on the case it begs the question; what else didn’t he know about? 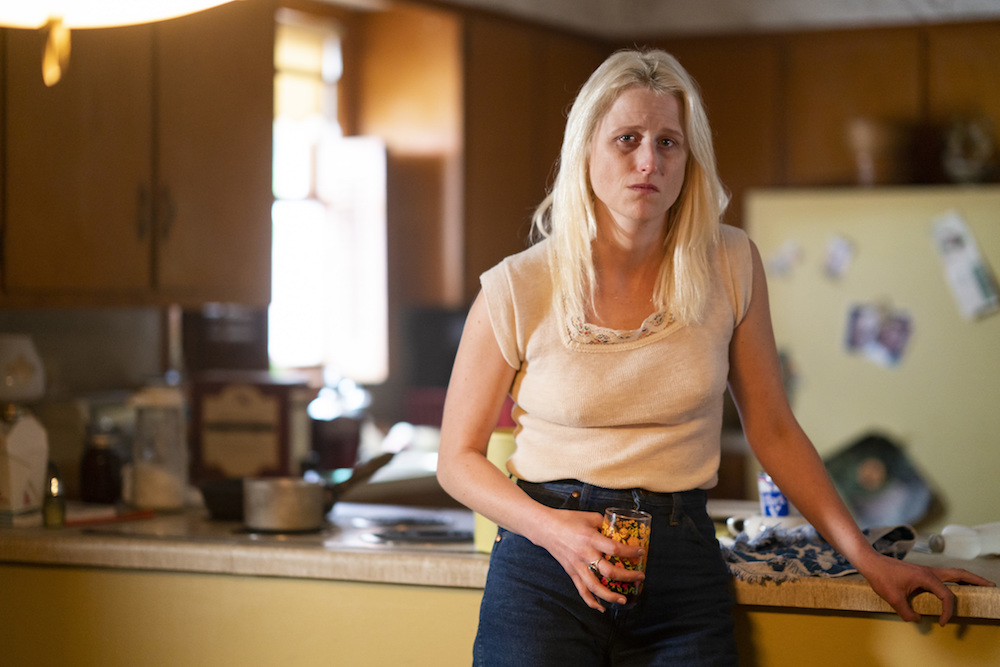 The main theme of this episode seemed to focus around confrontation and the delicate nature of this kind of crime in this kind of town. At the point of origin of our story, November 1980, the civil rights movement was a mere twelve years past, following which America underwent some big changes with black communities gaining equal rights for the first time and relations between black and white people were still strained. Arkansas itself has a speckled history of racism as a previously confederate state and today is home to the headquarters of the Knights of the Ku Klux Klan. As well as this, the state saw the deaths of an estimated 237 black people during the Elaine massacre in 1919 and in 1957 the first integration of black children into a white school, known as the Little Rock Nine, which lead to the children being subjected to a year of physical and emotional abuse from other students. Wayne Hays, a black detective, was not unusual by 1980 but it was met with an old mentality which is shown in this episode during his conversations with Patty Faber, a member of the Church of Ozark’s congregation who sold 10 straw dolls to a black man with a ‘dead eye’. 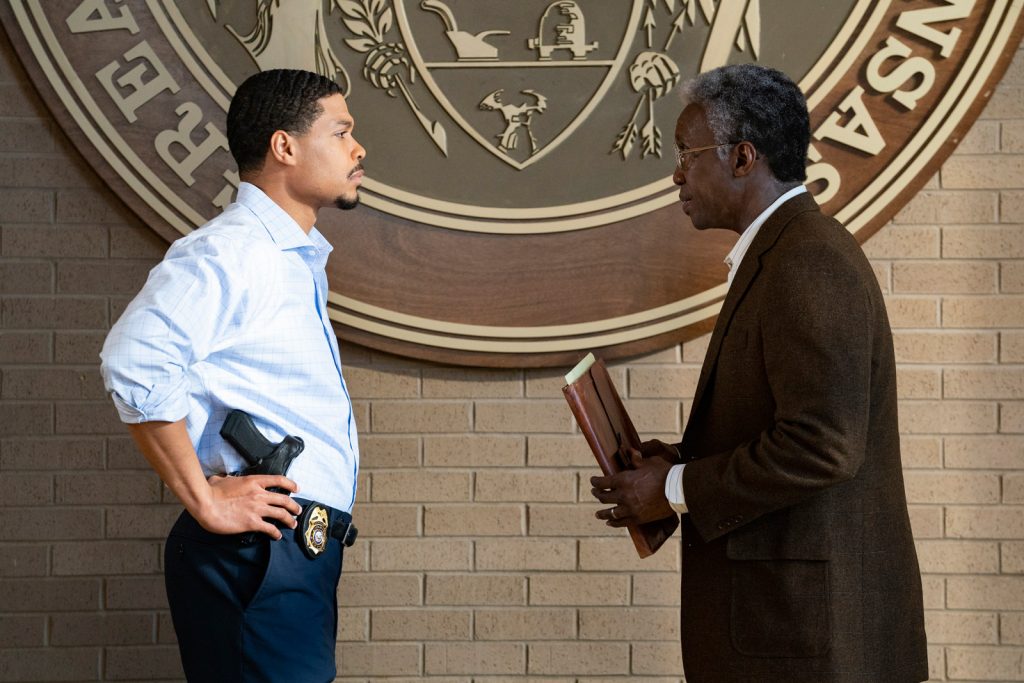 The knowledge of which provides the two detectives with a worthwhile lead and requires them to, as Patty puts it, go over to the other side of the tracks. A comment on segregation and how black communities were often still seen has outcasts and lived in poverty. When questioning a man who fit Patty’s description in a trailer park, Wayne and Roland are met with more confrontation from the black people who not only show hostility to Wayne, but also to Roland. This was probably due to the very recent events in Miami only a few months previous when four white police officer shot dead two black men following a car chase. The ensuing riots lasted 3 days resulting in three deaths, 27 injuries and millions of dollars of damage. Roland alludes to this when discussing the confrontation with Hays afterward, as at one point he felt it necessary to draw his gun, he recalls that he would have hesitated pulling the trigger a lot less if they were white men.

What is the deal with Amelia?

Another interesting element of this episode was the relationship of Wayne and Amelia, from their first date in 1980 to their tumultuous marriage in 1990. Amelia has been shown to be something of a saint-like character by the way that present-day Wayne talks about her and with how she is shown helping people, helping students and showing kindness to everyone but this week we see a slightly different side to her. In the 1990 phase of their relationship, she seems to have a lot more power in their marriage than initially thought, she is almost as obsessed with the case as Wayne is and while she is quick to criticize him for it, she is equally as crazed by the truth. Wayne has to take the children to 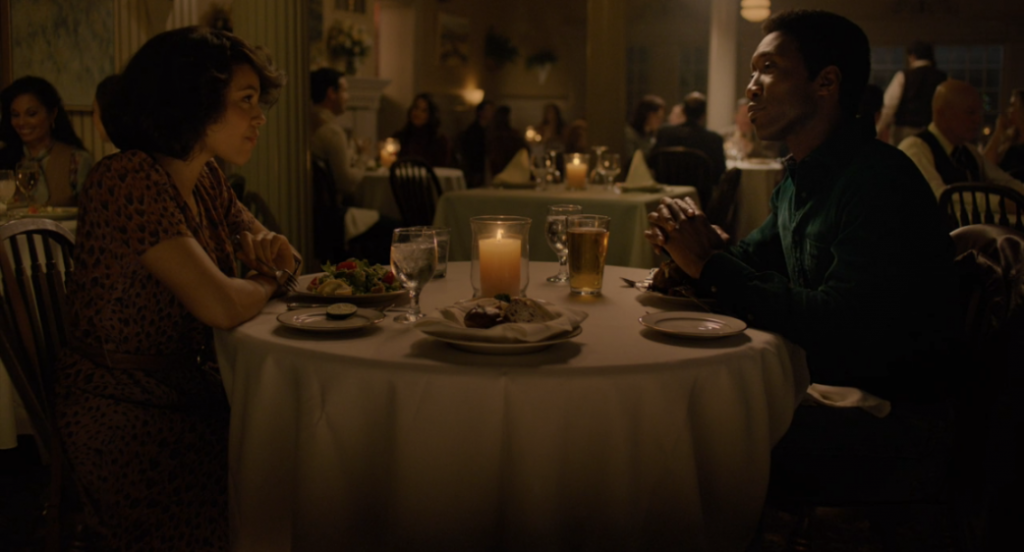 Walmart, a task he finds incredibly frustrating as supersized supermarkets were still relatively new, a lot of people found them to be overwhelmingly large. After freaking out that his daughter wondered off he returns home feeling bewildered and plagued by fear of abduction. Amelia, meanwhile, uses her sexuality to convince a couple of cops to dish some dirt on Julie’s fingerprints. Returning home, slightly drunk and high on the information she found, she is met with a less than impressed Wayne who thinks she is beginning to get too much of a kick out of this tragedy. They fight and then she calms him by offering him sex, an unhealthy use of it. This leads me to think there is a lot more to Amelia than we initially thought, the way she involves herself in the case for her own gains is enough for alarm bells to ring. Wayne is obsessed with it because it is his job to be, she has made it her job to be the same way by using the tragedy to write a novel, which just so happens to become a best seller. She is benefitting from and contributing to the moral panics gripping American families at this time, the fear of their children being abducted.

Does Wayne have undiagnosed PTSD?

At this point, only four episodes in, we are going to still have a lot of questions. However, the big one for me at the moment is how reliable is Wayne? Something obviously happened back in the ’80s where he was removed from his position at the police department, this has been alluded to multiple times. We also know, from present day Wayne, that he has some kind of undiagnosable brain condition which affects his memory and he relies heavily on old recordings of him recalling the day. But how reliable are these recalls? How reliable is this method of keeping memories? Finally, as one scene with present-day Wayne tells us he is seriously plagued by his memories of fighting in Vietnam as he is sat in his office, surrounded by ghosts of Vietnamese soldiers, scattered within are a couple of gunshot wound victims. Does his PTSD affect his ability to work on the case? Interestingly, with mental health something of a hot topic in the US, it would be a good slant to go with. Many men suffered from PTSD after coming home from the war and it would often go undiagnosed due to men not feeling comfortable to talk about their feelings. Is that what has happened to Wayne? 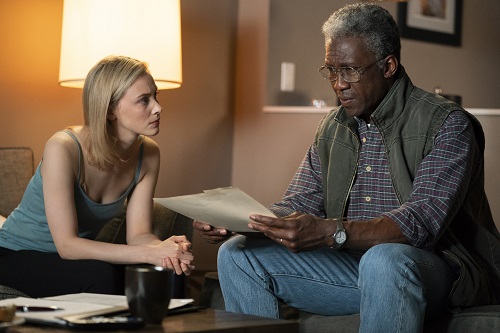 Is the trash man the key to everything?

My final thoughts go to the final scene and the sub story of the trash man. The previous episode saw him get beaten up by some men who threatened to kill him if they ever saw him talking to children again. In this episode we see him talking to children and getting chased by several men in pickups. He runs to his house, sets up a trip wire so that whoever comes through the door sets off a front facing mine. Obviously, after several warnings, one of the men kicks down the door and presumably the house is blown to bits although the episode ends before we see this. Wayne and Roland arrive on the scene moments before this happens and one can only assume an explosion of this magnitude is going to give Wayne some serious Vietnam flashbacks. Is this what leads to a potential mental breakdown? We know that there is some bad blood between Wayne and the attorney general after a frosty greeting when the case was reopened so perhaps there is more to this story. There is most certainly more to the trash man and while he may be being portrayed as the perfect perpetrator to the crime, I think he is just a red herring at this time. 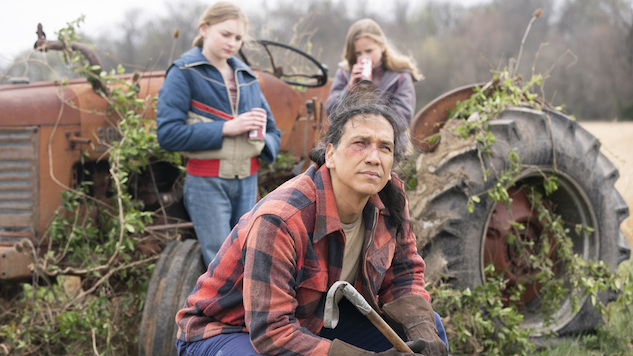 More and more secrets are set to come tumbling out as the story continues to unravel and tensions are already running very high. The trailer for episode five sets to expose even more truths as the reporter hints at a large conspiracy, Wayne and Roland are reunited in the present day and we may finally learn what happened to Rebekka.

Take a look at the Inside The Episode clip & the Mid-Season Preview.