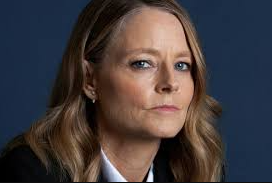 No that is not a typographical error. Famed actress Jodie Foster will play lead detective Liz Danvers in the next venture in the TRUE DETECTIVE series. It has the title of TRUE DETECTIVE: NIGHT COUNTRY and will take us to Alaska.

Foster, who started as a child star in TV shows and Disney fare, will return to television in this series. Of course, she turned dramatic on the big screen in Taxi Driver and later on in The Silence of the Lambs among other noted works but now takes her talents to the unique HBO anthology crime drama. The season is centered around Detectives Liz Danvers and Evangeline Navarro (yet to be cast) who are looking to solve the case of six men that operate the Tsalal Arctic Research Station vanishing without a trace, when the long winter night falls in Ennis, Alaska. The pair will have to confront the darkness they carry in themselves and dig into the haunted truths that lie buried under the eternal ice.

As we noted earlier, the team-up of Issa López and Barry Jenkins along with some of Nic Pizzolatto’s presence could really change up this series. Adding Jodie Foster into the mix just increases that chance. Do you think it stands a chance or is it too early to say? Perhaps, Season One with McConaughey & Harrelson was just lightning in a bottle? Perhaps we have to accept that each season of this series is unique and of itself, as it tells of detectives and the stresses it takes to solve the crimes before them and curtail the respective demons they face along the way? We hope all that plays out with the appropriate TRUE DETECTIVE tone & philosophy is strongly in play. You know, just what we are all thinking. Give us more of the feel of Season One and we are definitely all in. So, are you excited to see Jodie Foster fitting into the concept? Yeah, thought so.

We will keep a close eye on TRUE DETECTIVE: NIGHT COUNTRY.