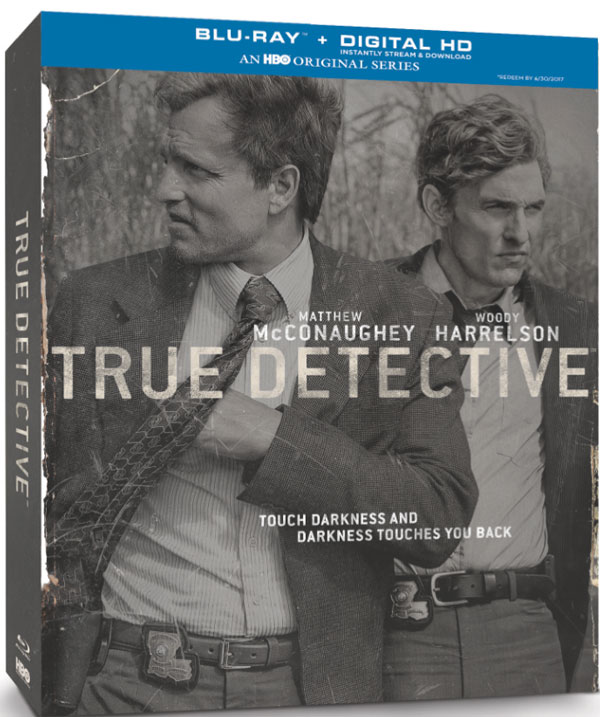 Starring Academy Award nominee and Emmy Award winner Woody Harrelson (The Hunger Games) and Academy Award winner Matthew McConaughey (Dallas Buyers Club) as two detectives assigned to a grisly and cultish murder case in the Louisiana bayou country, True Detective has become one of the most critically-acclaimed new series of 2014. This “breathtaking” (Time) crime drama, which was the most-watched first season of any HBO original series since the legendary premiere of Six Feet Under in 2001, makes its home entertainment debut on Blu-ray with Digital HD  DVD and Digital Download on June 10, 2014, just in time for Father’s Day. Both sets of True Detective include the full eight-episode season, along with extensive bonus materials including exclusive interviews with Matthew McConaughey and Woody Harrelson, a discussion between series creator Nic Pizzolatto and Academy Award-winning composer T Bone Burnett about the development of the show and the pivotal role of the series’ music, and never-before-seen footage from the series.

True Detective focuses on Martin Hart (Harrelson) and Rust Cohle (McConaughey), two detectives and former partners who worked in Louisiana’s Criminal Investigation Division in the mid-1990s. At first glance, Hart and Cohle couldn’t be more different. Hart, a native Louisianan, is an outgoing family man with two kids, whose marriage to wife Maggie (Michelle Monaghan, Mission: Impossible – Ghost Protocol) is buckling under the stress of the job. Cohle, a former undercover narcotics detective from Texas, embraces isolation, articulating a pessimistic, even bleak, world view. But they share an obsession with justice and a facility for violence that will inflict irreparable damage on both men. In 2012, the two are interviewed separately by investigators about their most notorious case: the macabre 1995 murder of a prostitute by a possible serial killer with disturbing occult leanings. As they look back on the case, Hart and Cohle’s lives collide and entwine in unexpected, sometimes catastrophic ways, and their personal backstories and often-strained relationship become a major focal point of the investigation.

Special features for both the Blu-ray & DVD releases include:

We have some great news for all the True Detective fans out there craving more; the first season will be available on Blu-ray and DVD much sooner than anyone expected.

HBO Video and distributor Warner Home Video have formally announced to retailers that True Detective – The Complete 1st Season is coming to DVD ($59.99 SRP) and high-def Blu-ray Disc ($79.98 SRP). Each of these 3-disc sets will be available on June 10th, and the BD version will include UltraViolet digital copies of the episodes. Bonus material, if any, hasn’t been announced yet, but stay tuned. 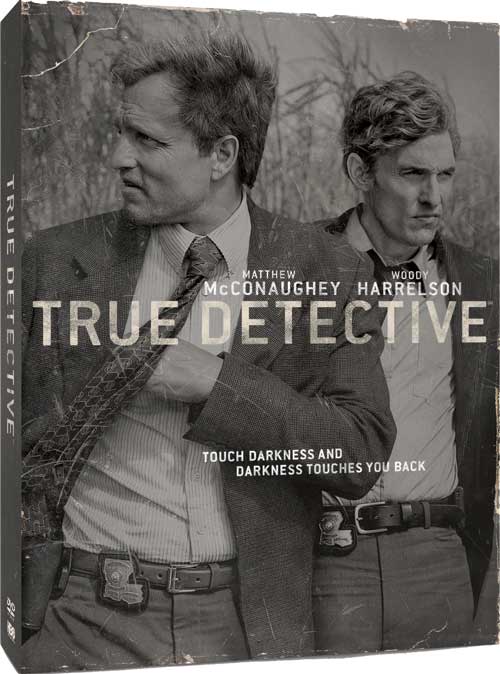 Pretty exciting news! We’ll be sure to update you with more details as we get them, but so far the word is that there will be 20 minutes of deleted footage, along with the usual assortment of “Making Of” videos.

Be sure to [amazon_link id=”B00HUCF6KK” target=”_blank” container=”” container_class=”” ]pre-order yours on Amazon[/amazon_link] before they all get away.