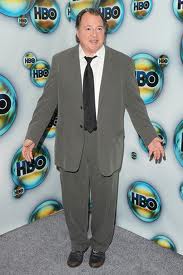 It almost seems weekly that someone else is getting added to the cast of TRUE DETECTIVE. Added to the roster this time around is Kevin Dunn. I’ll fill you when on his character in a second but first, a quick refresh. The eight- episode drama series, written by Nic Pizzolatto  & directed by Cary Fukunaga, is an anthology series looking at a different detective duo each season as they work through a major crime.  This prior post from 05.12 offers more details.

Matthew McConaughey and Woody Harrelson play the detectives Cohle & Hart in the premiere season and Kevin Dunn personifies the character of the fair but tough 3rd Squad Homicide Commander Major Ken Quesada who reopens a serial killer case for his team to solve. Actor Dunn can also be seen in the recurring role of the POTUS’s Chief of Staff on HBO’s VEEP.

Look for a roundup of what we know about TRUE DETECTIVE to date in an upcoming post where we will refresh your memory on premise, cast and crew.