This news has been out there for a while but no one has commented here on the new project for TRUE BLOOD’s Stephen Moyer. So, here it is.

Mr. Moyer has been cast as the male lead opposite Carrie Underwood in a televised production of The Sound of Music…and no, that is not a typo. The Rodgers & Hammerstein Broadway musical of 1959 is a beloved classic of many and the movie version, with Julie Andrews and Christopher Plummer (he’s seen in HBO Films: MU 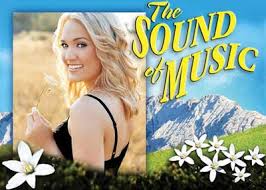 Scheduled for a 12.05.13 The Sound of Music will air as a live broadcast on the NBC network. Stephen Moyer will be playing Captain Georg von Trapp, a single father during the onset of WWII, who needs a governess to help him manage his seven children. But, then we all know the story, right?  But, did we know that Moyer could sing? Well, apparently he can and will during the three-hour Holiday presentation which is executive produced by Neil Meron and Craig Zadan.

By the way, there is proof that Mr. Moyer can carry a tune. He performed in Chicago at the Hollywood Bowl earlier this year, but instead of that clip I offer you this one as proof instead.

So, mark it on your calendar. You don’t want to miss our Bill Compton putting his fangs aside to warble the famous tunes from The Sound of Music in December.