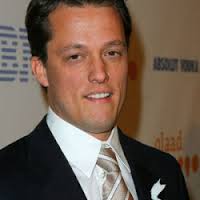 You read that correctly folks. It seems the show’s music composer Nathan Barr (pictured) has been tinkering with the idea of converting TRUE BLOOD in to a musical stage show after HBO puts a final nail in the coffin of the series.

Barr, who has written the instrumental scores for the entire seven seasons of the show, let out a bit of information at a premiere event for the final season. He stated –

“This was something that I pitched to HBO and Alan Ball.”

–      “The musical would revolve around protagonist, telepath and waitress Sookie Stackhouse.”

–       “There are no guarantees, but I think the direction we’re heading in is really exciting.”

Stephen Moyer has assisted him in this endeavor which is no surprise considering his musical background. HBOWatch reported on his singing talents in NBC’s Soun 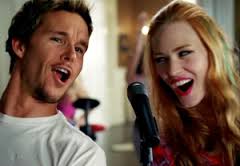 d of Music and according to the Hollywood Reporter he even assisted Barr in some actual musical samples to pitch to the executives.

It sounds hard to believe, but stranger things have happened. Merlotte’s could have singing waitresses; the Fellowship of the Sun gets a rousing number; Russell Edgington could really chew the scenery; Godric gets a scene full of pyrotechnics; Jessica gets a tap-dance number and an all-male chorus line of werewolves and vampires take the stage. The list of possibilities is endless. Maybe, someone could think of a few more for the comment section below?

If this ever comes to fruition you can be sure HBOWatch will tell you all about it.