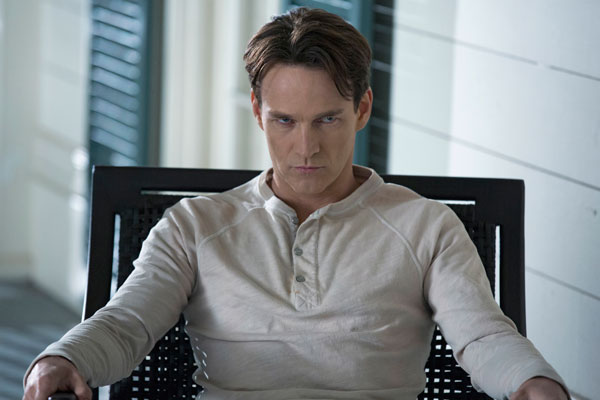 LOS ANGELES, July 15, 2013 – HBO has renewed the hit show TRUE BLOOD for a seventh season, it was announced today by Michael Lombardo, president, HBO Programming. New episodes of the series will debut in summer 2014, with executive producer Brian Buckner returning as showrunner.

“TRUE BLOOD remains a signature show for HBO, and a true phenomenon with our viewers,” noted Lombardo. “Thanks to Brian Buckner and his talented team, the show continues to be a thrill ride like nothing else on TV.”

Mixing romance, suspense, mystery and humor, the show takes place in a world where vampires and humans co-exist, after vampires have come out of the coffin, thanks to the invention of mass-produced synthetic blood that means they no longer need humans as a nutritional source. The series follows waitress and part-faerie Sookie Stackhouse (Anna Paquin), who can hear people’s thoughts, vampire Bill Compton (Stephen Moyer) and vampire Eric Northman (Alexander Skarsgård). Alan Ball (creator of the Emmy®-winning HBO series “Six Feet Under”) created the show, which is based on the bestselling Sookie Stackhouse novels by Charlaine Harris.

The sixth season of TRUE BLOOD, which launched June 26, has inspired critical raves, with the Boston Herald praising the show for “suspense, surprises and crackling dialogue,” while US Weekly noted that the show’s “cheeky humor and vivid imagination are still there to relish,” and the New York Post called it “bloody hilarious.” According to early data, the show is already exceeding ten million viewers per episode.

Well that settles that!  Some were speculating that this year would be True Blood’s final voyage.  But we can now confirm that True Blood Season 7 will premiere in Summer of 2014!  No hint at whether THAT will be the final season but no matter what you think of the show’s quality the show continues to be one of HBO’s biggest draws.

Which major character will die in season 6 though and not be returning for season 7?  The only way to find out is to keep watching Sundays at 9P.