With so many HBO shows premiering this time of year you may have taken your eyes off of True Blood for the winter.  But at HBO Watch we’ll never let you down.  We caught this tweet from Deborah Ann Woll yesterday:

If you haven’t heard already season 7 will be True Blood’s final flight. We expect it to premiere at its normal time of “Summer 2014“. 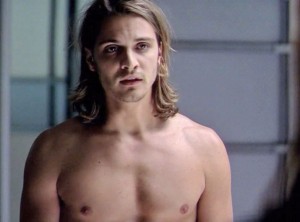 One other small nugget of True Blood news while we have your attention: As we learn more and more about the seventh and final season of “True Blood,” talk of recasting is already in the air. James (Luke Grimes) played Jessica’s vampire lover/boyfriend at the end of the sixth season. They met in a room where they were told plainly to “have sex,” which James refused to do. By the next episode, however, Jess and James were suddenly much more than friends. While we don’t know yet who will be playing James (or who Jessica’s romantic interest will be this season), we do know that Grimes is off to play Christian Grey’s older brother in the movie adaptation of [amazon_link id=”0345803485″ target=”_blank” container=”” container_class=”” ]EL James’ novels[/amazon_link]. When we know more about the recast or any additional “True Blood” news, we will let you know.