The sixth season of HBO’s hit show “True Blood” is coming down the pipe faster than Russell Edgington can drain a faerie. June 16th is the official premier date and picks up right where season 5 ended – with Bill drinking the blood of Lilith and transforming into some super vampire monster (commonly referred to as “Billith” by fans); Eric yelling “RUN!” at Sookie after Billith arises from the pile of vampire goo that was Bill; and Pam, Jason, Tara, Jessica, and Nora riding on an elevator together, about to go into battle against the remaining security forces of the Authority.

With this morning’s release of the first official trailer of Season 6, available on YouTube and also airing Sunday, May 5th, on HBO, fans finally have an idea as to what will happen this season. After the season 5 finale left fans trapped in the Authority building, we know now for sure that Eric, Sookie, Jason, Pam, Tara, Jessica, and Nora escape. But after they get out, what kind of world will they be facing?

One of the biggest questions with season 6 is, just who is going to die? News is that a major character is being offed, and just whom it might be, has already been adeptly addressed by a fellow HBO Watch blogger, Rochelle Keyhan, in her article “: Rumors of Major Death in Season 6.”

As for other plot details, HBO has been hinting at several things we viewers can already guess: big plots points of the season include Bill/Billith, Alcide and his pack, the mystery of Warlow, Jason’s continuing psychosis of his dead parents, vampires being terrorized and used in experiments, Sookie learning more about her powers, and chaos as vampires and humans go to war.

Billith, of course, is a big question mark.  Can he still become Bill? Is he now as powerful as Lilith, and as crazy? Will he still be in control of the Authority? And just what is he? Apparently Bill has decided that he is a god, probably the God. 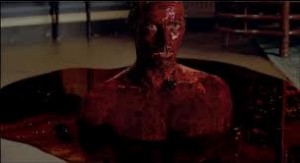 In the season 6 trailer, Bill says to Sookie, “This is what is demanded of me!” She replies, “You really think you’re God?” Well, Bill apparently now has a god complex thanks to Lilith. Whether he has supernatural powers (other than vampiric ones) or can perform godly acts, we don’t know. At the very least, Bill is certainly very overconfident. It seems he can appear in “human” form again, meaning that he doesn’t have to walk around covered in blood all the time. But do these new powers mean he doesn’t have to hide from the sun or sleep?

Last season, the Vampire Authority, using Bill’s idea, decided to bomb the True Blood factories. Vampires now have no choice but to drink their stockpiled True Blood that won’t last forever or, as the Authority wants, to feed on humans. Now humans have two options: be fed on or bite back. The anti-vampire Governor of Louisiana, Truman Burrell, prepares to do just that: bite back. He sends out troops to take down as many vampires as he can, which we have seen in both the season 6 teaser and in the first trailer. In a voiceover, Eric says “The state of Louisiana just declared war against us.” Eric, Pam, Tara, Jessica, and likely every other vampire not truly dead that we’ve come across in the series will be facing those green laser dot sights found on wooden bullet rifles. Just killing the vampires doesn’t seem to be enough, however; in the  clip , we learn that vampires are being gathered in a facility for psychological, physical, and other kinds of “experiments.” 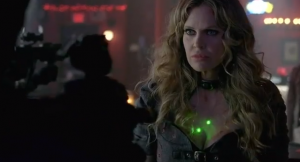 Nora realizes all too well that there is no hope for the vampires: “We did this,” she says. “We turned the world against us. There’s no one left to protect us now.” Although Eric is promising war against the humans to save the remaining vampires, can there truly be victory? Pam heard saying to Eric, “There’s more of them than us. Maybe we should be scared!” Perhaps she can how this war will end. Considering that humans don’t have to hide from the sun and can be productive more than just during the nighttime hours, that means hunts and raids of sleeping vampires is very likely.

If the Governor of Louisiana personally gunning for you wasn’t enough, everyone still has to worry about Bill. Eric makes sure everyone knows that Bill is out there somewhere and could be coming for any of them at any time. No one – human, vampire, wereanimal, shifter – is safe from him and his forces. With Bill able to still appear as his normal Bill self, he could easily trick people he knows into letting him in, only to drain them, kill them, torture them… The possibilities are endless.

As hinted at in clip and more details are revealed in the season 6 trailer, wereanimals and shifters are very much in danger. Luna’s shift into Steve Newlin and back to her human form on live television can only have been shocking, and likely humans everywhere were going, “What did I just see?!” No one is safe. The truth about werewolves and shifters must be coming, as Rikki says she can feel their existence is about to be discovered; she’s terrified of what could happen to them, especially with humans openly at war with vampires. Rikki says, “They’re going to do us what they’re doing to the vampires, there won’t be a pack.”

Also, a big question will be answered: Who is Warlow? Season 6 will answer that for us, but so far, we know that he has a deep relationship with Sookie and Jason. Just what that relationship is, we don’t know. Nora seems to have an idea, though, about just who this powerful vampire is. Perhaps she’ll have a role to play in identity. 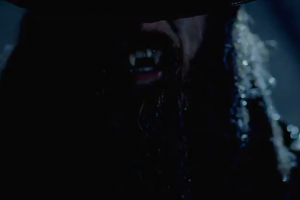 For all the clips we’ve seen of Warlow so far, the words “A tyrant is rising. It is the beginning of the end” in Lilith’s voice have been used. Whether that tyrant is Warlow, or she means Bill or even another person, we don’t know. But clearly Warlow is not a nice vampire. From the view images we do have, it is of a haggard man in the rain, with a large hat, big beard, and very sharp fangs. Hopefully future previews will give a bit more information.

On the note of Jason, yes, his issues will be a plot point. As he escapes the Authority with Sookie and the vampires, he says, “’Bout damn time someone did something about y’all!” In his “Waiting Sucks” clip, Jason, holding a gun at Nora, says he’s tired of vampires “brain raping me against my will.” Then he demands more information about Warlow. Sure, Jason has plenty of reasons to be mad at the vampires – for example, Steve Newlin coercing his way into Jason’s house and nearly having his way with Jason – but does that mean they all must die? And if it starts with vampires, where does it stop? With shifters? With weres? With faeries? With his parents cheering him on in his quest against vampires, a Stackhouse Family Feud is likely in order. Right now, Jason’s missions seems to be summed up like this: 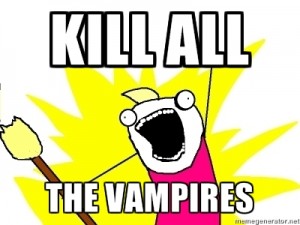 As for Sookie and her role in the trailer, she isn’t in there too much. Near the beginning she says “I can barely remember the last time I wasn’t in danger.” Apparently, it was before season 1 started. A new character to the show, Macklyn/Niall, appears to be helping Sookie harness her fae powers. He is seen with his hands lightly touching Sookie’s as she controls an orb of energy. For all the book lovers, fingers crossed that Niall will be like the book character and help Sookie, not harm her. 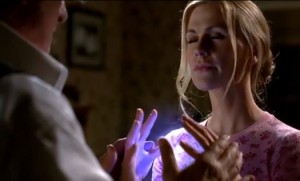 One creepy scene from the trailer shows Jessica crying in Bill’s arms. Could this mean that she goes over to his side? That she believes he is now God? If so, Jason might need to have some wooden bullets handy.

Lastly, religion will also be a key part of this season, as it was last year. A voiceover from a mysterious woman says, “This is God’s plan to save the human race by eradicating the vampire race.” And with god complex Billith, how can religion not be a big deal? As Sookie already said, Bill apparently does believe he is God. But just how far will that get him? Will the humans be coming after him? As Bill says in the season 6 teaser, though, “You’re all gonna burn.” Maybe the religious rhetoric and human wars will mean nothing, and fire will cleanse everything.