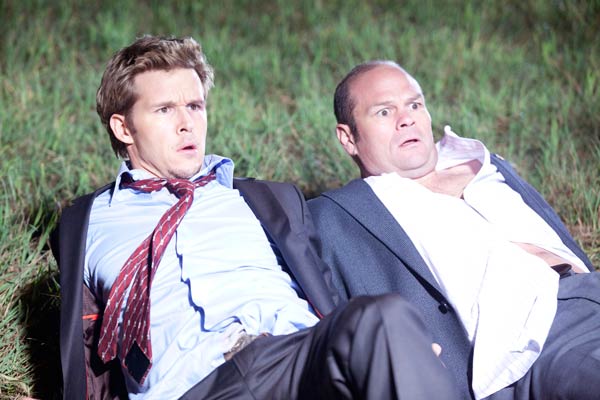 Truebies will get their blood pumping when 13 cast members from the hit series True Blood kick off the new season with HBO’s first-ever live broadcast from the set of Fangtasia. The two-part social media event begins on June 16, 9:00 a.m. ET, when HBO will reveal exclusive #secretsfromtheset via the True Blood profiles on Facebook (Facebook.com/Trueblood), Twitter (Twitter.com/TruebloodHBO), Instagram (Instagram.com/TruebloodHBO) and Vine. This all leads up to a fan-fueled interactive pre-show, #TrueBlood: Live from Set, airing on HBO at 8:45 p.m. ET/PT hosted by comedienne and Parks and Recreation actress Retta.

“Social media has been core to the marketing strategy for True Blood since the first season, leading to one of the most engaged fan bases of any television series,” said Pamela Levine, executive vice president, HBO Marketing. “#TrueBlood: Live From the Set will reward our devotees by allowing them to both participate in and affect the live broadcast through a unique intersection of linear television and digital media.”

Additionally, HBO’s top True Blood fans will be featured in the broadcast through a never-before-done execution with Twitter and powered by Mass Relevance. All they need to do is follow @TrueBloodHBO on Twitter for info on how to prove they are a #TopTruebie.

@HBOWatch will be there with our 20,000+ Twitter followers!  Will you? Get your hashtags ready for the 16th.