Luke Grimes takes a recurring role in Season 6 of TRUE BLOOD. Reports say he will appear in five episodes in the shortened season. His character wil 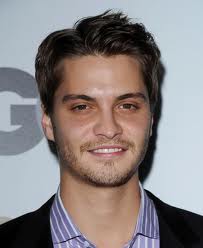 l be known as Wes. He is described as a “27-year-old, sexy, spiritual, compassionate, intelligent, protective, deeply emotional, and guitar-playing vampire who was turned in the ‘70’s.”

Wow, that is one adjective laden description! Maybe, if he and the show are lucky we could see him as a bigger role in future seasons. We will have to wait until TRUE BLOOD premieres on 06.16 to see who he interacts with.

Young Mr. Grimes last appeared on TV in Brothers & Sisters and was seen on the big screen in Taken 2.

Season 6 was actually dated today for June 16th as well!