Editor’s Note:  The Dark Tower has been rumored as an HBO series for a couple of years now.  There is no confirmation of the series actually heading to HBO and in fact, the glass looks murky at best.  We’ll report the latest as we get it news-wise but until then enjoy speculating with us below!

Series spoilers abound. If you have yet to read the books I’d recommend starting now. Thankee, Sai. 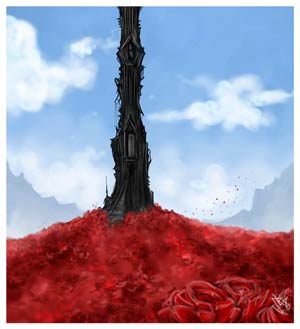 [amazon_link id=”0451211243″ target=”_blank” container=”” container_class=”” ]Stephen King’s Dark Tower series[/amazon_link] is an epic work with little literary precedent. The combination of fantasy, science fiction, pop culture, and meta-textual aspects place it squarely in a category that can only be described as “weird” and which ultimately may only serve to hinder its adaptation outside of the literary mode. This is obvious in even the planning of its adaptation which has already gone through several forms and still struggles in contractual limbo, with the latest involving multiple seasons of a television show interspaced by full length feature films. One can imagine the scene in the writing room at the onset of the project, with either J.J Abrams or Ron Howard and their staff huddled around a stack of seven books and a blank page, pencils chewed through and every face frozen in a permanent state of ‘How is this gonna work?’.

In many ways, HBO’s Game of Thrones is a great test case for adapting a big work to the small screen and any planning put to the page will no doubt take cues from the mergers, retooling, and out right rewrites that Game‘s writers and directors have been able to perform. The two series share a lot of points that would make them seem less than ideal for the television format; they both encompass (fingers-crossed for Game of Thrones on this one) seven large books that double as doorstops, they both have multiple point of views from different groups of characters in a number of different locations (and for Dark Tower, different time periods), and they both are set in exotic worlds with their own history and rules that need to be imparted to the viewer without boring them into changing the channel.

However the Dark Tower series has a number of other factors that will make its adaptation that much harder and which may see heavy modification or just be cut from the final project altogether.

Susannah Dean’s arc is at times deep and moving and at other times odd, disjointed, and perplexing. It’s tough enough to deal with a character with multiple personalities but on top of that Susannah is a character that touches on a lot of potentially culturally sensitive topics such as mental health, race, physical disability, and rape which may be tough to adapt for a television audience. The character is going to require an actor with a wide range of ability and who is adaptable to the various circumstances the character finds herself in and because of that she may be the one character that changes the most from page to picture simply because she’s so central to the cast. While HBO certainly doesn’t shy away from on-screen sex and some sexual violence, is demon rape which births one of the series’ major antagonists going to fly? And the eventual merging of the Odetta/Detta personalities will make for some interesting visuals but it’s going to require a lot of build up and may end up being more confusing than anything. 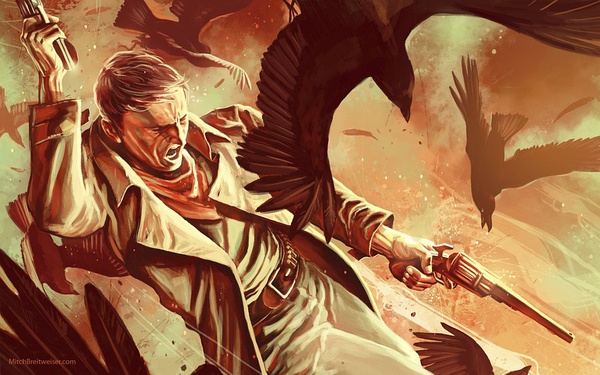 The Battle for the Rose

Outside of the Ka-tet’s journey there is a whole backstory conflict involving the lot with the rose and the corporate struggle between the Sombra Corporation and the Tet Corporation. While it certainly can be alluded to, many of the characters involved in this struggle including Calvin Tower form the basis for solutions that save the Ka-tet and which move the plot forward, on top of having a large role in the series’ conclusion. They can’t really be written out or their efforts diminished in the already short amount of time that the television show and films are already dealing with. We will most likely see their efforts at the cost of other scenes and set pieces which will have to be cut to make room. On top of the many other antagonists the series has to build up, it may be a challenge to also convey how much of a threat the Sombra Corporation are and how their fight works into the larger picture of Mid-World and Roland’s journey. 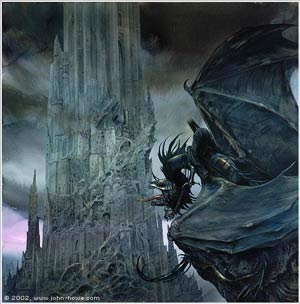 These bits of the story are most likely the first things that came to mind in that befuddled writing room and also probably the first things that would be acknowledged as requiring some change. Simply put, how do you make a television show about literary characters meeting their own author? Or how a character who draws and then completely erases your final villain from the series? Or introducing characters that have history and basis in other literary works that you’re not even going to touch upon? As much as I would love to see people’s reactions to the absolute mind-bender of casting Stephen King as himself, it’s probably something that the show will want to build a bridge over, substituting similar plot points or just having their own fun with it (what if Roland and the party just walk off the set, exit the studio and into our modern world?). King has already expressed an interest in rewriting some of the series and in particular writing himself out of it, so that is a point where author and writing staff collaboration could produce something totally grand and new to the pleasure of both book readers and television viewers. Much in the way that the Dark Tower is the center point of reality, the Dark Tower series is a central meeting point for much of King’s work and introducing characters from other worlds may be easier than introducing King himself. It may require a bit of exposition and backstory talk, but if they can get the viewers comfortable with the time and dimension hopping early on than anything is possible. 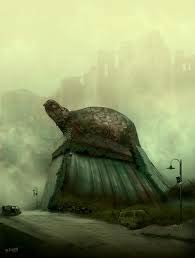 The Dark Tower series is an ambitious project but with some brains and a nose to the grindstone it could work out into an historic media event that would show how different formats can work for translating big works to the screen, as long as they can get the viewers to stick with it. The only other big worry this writer has is in the casting of Russell Crowe. Though there is no doubt about his acting ability, his big name celebrity status will come with a large price point and such a cost is questionable when looking forward towards a project that needs as much budgetary stamina as it can get.

It’s not all doom and gloom however. Outside of the obvious excitement in seeing Roland, Jake, Eddy, Susannah, and the rest, it will be absolutely amazing to finally see some of the most interesting and menacing bad guys come alive with modern special effects. John Farson, the Crimson King, Mordred, Tick-Tock Man, Blaine the Mono, and most of all Randall Flagg are just some of the evil-doers I will be rooting for in the years to come. On that note, has anybody asked what Jamey Sheridan is doing these days?