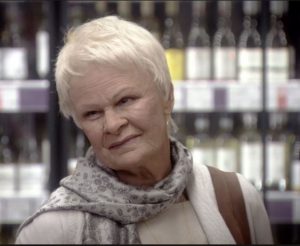 Season Three of TRACEY ULLMAN’S SHOW debuts on HBO Friday, September 28. If HBO had dropped this news a couple of days earlier it would have been added to our “What’s On” post; instead, we single it out here.  At this time there is no indication at what hour the show will air. Friday nights are sort of full. Will it air before REAL TIME WITH BILL MAHER or after VICE and ANIMALS at midnight? Even HBO’s Schedule module does not reflect its timeslot yet.

The show was actually made for the BBC and ran there to great acclaim and throughout other countries like Canada and Germany. It just so happened to run in The United States on HBO. The first season of TRACEY ULLMAN’S SHOW debuted on 10.28.16 & the second season on 10.20.17. So, this coming season debuts a month earlier on 09.28.18. The reports don’t cite any real reason for the earlier start, but perhaps it could be that there are more episodes in Season Three? The first two seasons only had six installments each.

Over the course of the new season, Tracey Ullman uses her signature brand of sharp satire to shape-shift into a range of public figures and offbeat original characters once again. She reprises her characterizations of Dame Judi Dench, German Chancellor Angela Merkel, Camilla, Duchess of 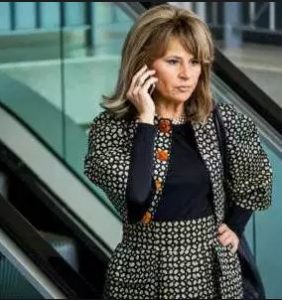 What takes the most time to get right is all the time in the makeup chair, especially for the celebrity characters she personifies. You are hard pressed to see Tracey Ullman behind the character. Adding this country’s FLOTUS should be interesting. As the descriptions states, original characters are returning in the third season as well. Perhaps we will see the accident-prone masseuse; Hayley, the overzealous zookeeper; Sally Preston, the topless feminist politician or the white guy, barista, tour guide or Broadway producer she has been known to play. We won’t know actually which character will surface or what inane bit they’ll be doing but we will find out soon when TRACEY ULLMAN’S SHOW returns.