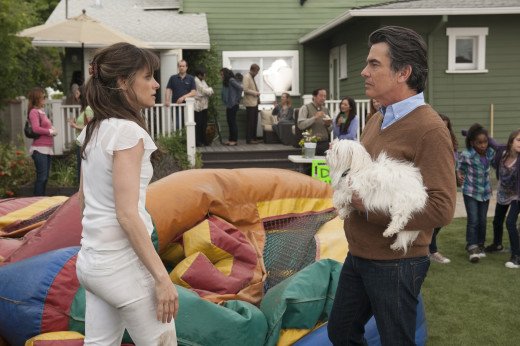 Brett and Michelle look like a couple who have everything under control for their daughter’s birthday – people are coming over, food is laid out, house is cleaned and Aunt Tina is going to set up the biggest, bounciest air castle (to get new clients and to show that she has some sort of serious business endeavor). That is until Brett states that he is interested in going to Linda’s spiritual get together. Immediately, Michelle is defensive and doesn’t understand why he has to go at that particular point. Brett promises to be back some time before the party is over. 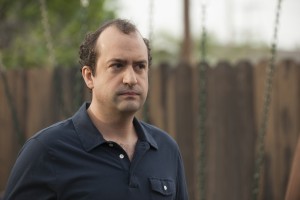 Tina and Alex are behaving rather childishly – each making snide remarks about the other’s behavior. Michelle mentions that it’s a little uncomfortable and getting out of hand, which more or less falls on deaf ears. Tina goes out to set up the castle and clearly, this is a job that she is ill equipped for. First, you should have the bouncy castle set up and ready to go before guests arrive. Second, you don’t wear white to a child’s birthday party – especially if you’re the one setting up the bouncy castle. Third, you should go through a trial run of learning to set up a bouncy castle before the actual event. Alex watches on the sidelines. Tina is disorganized, doesn’t manage her time very well and isn’t properly dressed – or equipped – to put together and fully set up the castle. This is could be interpreted as a metaphor for her life – chaotic, out of control, in over her head and failing from one thing to the next.

Brett goes to the spiritual retreat and meets all sorts of people who are meditating, listening to instrumental music, practicing yoga, playing musical instruments and experimenting with the concept of enlightenment. Brett is clearly troubled, depressed and insecure. He meets up with a fellow named Scott and – bad idea – indulges in some special tea. Tea brewed with mushrooms. And I’m not talking about the oyster or portabella type, either. After, he goes for a walk with Linda. An eerie sense of calmness takes over Brett. It’s as if he is able to see and feel clearly for the first time in, well a very long time. He is troubled. He states that all the people he’s met today are weird but that he likes that. He feels peaceful and happy. Linda warns him that he may feel a bit erratic afterwards, as the tea can be very strong. He eventually gives in to feelings of sadness, then panic and then onto angst. He wanders off and phones Alex… 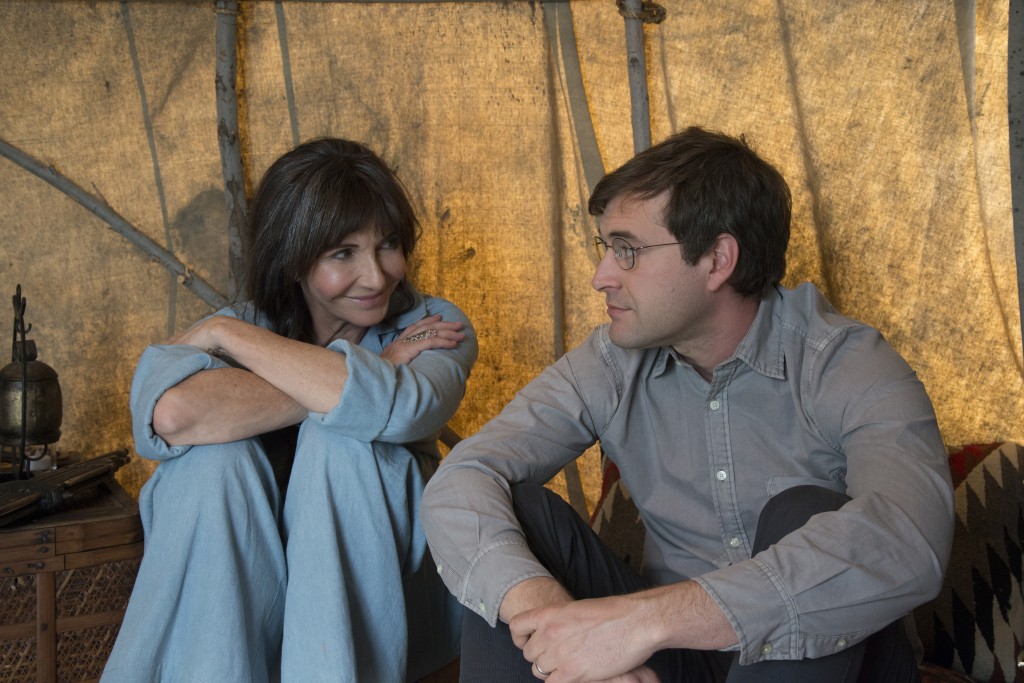 Alex is making the rounds at the party. He notices that David is there, with his teenage daughters. He also notices Michelle cut their conversation short the moment David arrives to the party. Alex quickly puts two and two together. Obviously, there is an undercurrent of feeling between the two. Tina, at this point, is becoming desperate, in which she first tries to convince a little girl that the bouncy castle is safe to go (the castle is half inflated) and the next thing you know she is flipping out on the rest of the small children at the party. Michelle had pleaded with her to pack it in, but nooooo! Tina wouldn’t listen to reason. Larry, Tina’s boyfriend, tries to salvage the castle by offering to get a replacement one. They have an argument, in which Tina acts like an immature idiot. Larry drops the ball and states that she can calm down, figure things out and when she’s ready to talk and act like an adult, they will figure out what they are. That is, if Tina can stop long enough to shut her mouth and listen to what Larry is actually saying. Apparently, he wants to take care of her. Might not be a bad idea, either.

Alex watches from the sidelines…and realizes that his feelings for her are not reciprocated. He gets a face time call from Brett, who is now experiencing a panic attach and is running away. Which we get to see him throw up. We see Brett calm down. We see Brett have a shower. We see Brett in a robe, talking with Linda, when Alex shows up to bring him back to the party.
Alex and Brett return to the party. Alex helps Tina get rid of the bouncy castle, after he sees her struggling with trying to put it into large garbage containers. She actually welcomes the help and she just has the most miserable look on her face. It’s called defeat; she’s tired of being a failure; she’s tired of nobody taking her seriously and she’s just tired of everything that goes wrong in her life. Larry is the first ray of hope she’s experienced in a very long time. She tells Alex that she’s going to move in with Larry. 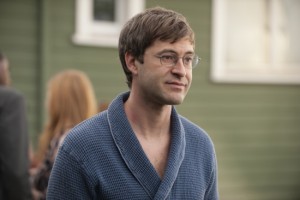 Brett goes around to greet guests in the robe, completely in control of himself, at peace and calm. He goes up to David, has an interesting chat with him, understanding that Michelle and he have a relationship. That maybe he should feel threatened by it but he doesn’t. He’s mellow and happy. He’s completely non-confrontational. Michelle, embarrassed by Brett’s return, interrupts the awkward exchange in front of guest when they both head inside the house. Brett delivers one of the best lines, if not THE best line of the episode when he states – “We’re not good for each other right now” – and he simply lays it on the line: they are not compatible at that moment, he doesn’t want to fight and he has had an amazing day and will not allow her to ruin it. He walks off and leaves her in stunned silence. This is not the anxious, depressed and unsatisfied Brett we’ve seen in past episodes. It’s as if the mist has cleared and he can see the forest for the trees. Now, the question on everyone’s mind is: will these two people stay together and be absolutely miserable or are they better off being separate, yet happy?

For some insight here is the Inside The Episode clip:

The Season finale is ahead. We leave you with a preview: