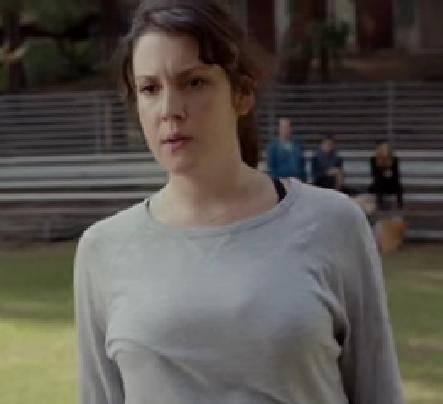 Following their first therapy session Brett and Michelle seem just as confused as ever about their relationship, leading Michelle to suggest that they cool off and let loose by playing a game of kick ball. Despite what seemed to have been an unsuccessful visit to the therapist, which they described as “world war 3,” Michelle and Brett seemed surprisingly at peace with one another after last episodes fall out. With all that they have been through, it is reassuring to know that Brett and Michele are still willing to try new things and attempt to get out of their marital slump.

Michelle’s hopes of bringing everyone together for a kickball game is initially compromised by a birthday party that involves playing kick the can on the field, which leads Michelle to challenge the birthday party to a game. This episode showed Michelle with a remarkable amount of confidence, not only did she aggressively refuse to leave from the field, but she even was down to shot gun a beer. A stark difference between Michelle and Brett at this point, is that Michelle is still desperate to be in a youthful and flourishing relationship, even if that means she has to act childish.

Tina’s relationship with Larry seems to be surprisingly peaceful, considering what we have previously seen of Tina’s history with boyfriends. But despite that Tina may appear happy, she pleads with Alex to be more respectful towards Larry, which signaled to me that she is still searching for his approval. 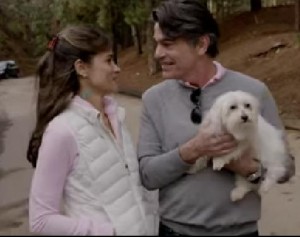 The game of Kick the Can leaves Brett and Michelle stuck in a hiding place leaving them with nothing to do but reflect on the fact that they in fact they both are not having any fun at all but are just putting on a façade of happiness. Brett gives himself up in the game, and bluntly admits that he can’t just fake happiness and that he’s not willing to live his life this way. Meanwhile, Alex and Tina find themselves closely cuddled in a dark closet while hiding and seem to be having the time of their lives. An interesting aspect of this episode is the contrast that the Duplass brothers created by the young and hopeful, Tina and Alex with the tired and perplexed Michelle and Brett. Tina and Alex’s relationship is filled with spontaneity, as Alex even leans in for a kiss with Tina- a moment we all have been waiting for- which seems to be going well until Tina acts disgusted and storms out of the closet.

While Brett is busy sulking along with the rest of the people that are out of the game, Michelle runs into David who seems much more optimistic and hopeful in terms of Michelle’s goal for finding a fun relationship. Michelle admits how badly she really just 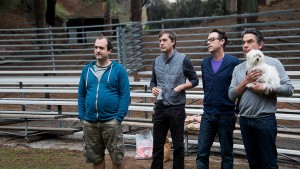 wants the win the game of kick the can, reflecting her desire to just be youthful and have a good time, which then cuts to a slow motion montage of her epic kicking of the can. Cue the happy music, as everyone seems to be celebrating together and having a great time, that is, everyone except for Brett who is left on the outside gloomily looking in. However, it is not even Brett that Michelle is focusing on, because at the same time that Brett is drearily staring out of place, David is happily looking on the field with joy that Michelle is having a great time.

This episode conveyed a vital problem with Brett and Michelle’s relationship, and that is that while they both are looking for ways to be happy and have a fulfilling marriage, they are on completely different pages about how to accomplish the task. Michelle is willing to try new things and add spontaneity to her life, while Brett just hopes that by being himself and by being honest everything will revert back to normal.

Here’s a brief preview of next week’s episode

And if you want to go inside the “Kick The Can” episode with the Duplass brothers, click here –