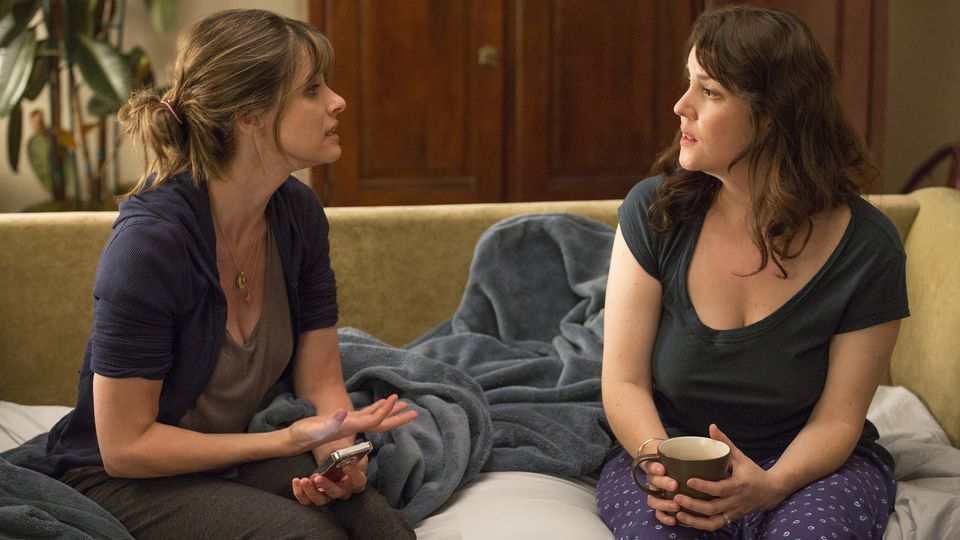 There are two things in this episode that I have personally experienced.

First, when a woman you hardly know wants to be your friend and is playing off like she wants to be your best friend forever, you know, oozing syrupy sweet enthusiasm – CAUTION – it’s not going to end well. This is a scenario in which Michelle finds herself in.  Second, as a woman over 35 who would like to have children, it’s a tough choice to make because you are bombarded with a LOT of overwhelming information. If you’re single, you have to think about going to get your health checked out, then onto a fertility doctor to see if everything checks out reproductively and then finally to explore the possibility of a sperm donor, surrogate or adopting a baby. If you’re married, then people just don’t know when to stop with the annoying or intrusive questions, harshly judgmental attitude or health challenges. After all, if you haven’t had a child by the time you’ve turned 35, people can make you feel as though you have a large expiration sticker on your forehead or you are judged harshly by your female peers for wanting a career and some financial stability (which has been the case with me). This is the predicament in which Tina finds herself in.  Tina finds herself suddenly single after leaving Larry and navigating through the dating scene. It’s a horrible place to be, especially if you’ve been unlucky in love and are at a certain age. Or afraid of being alone. Tina’s first dating encounter was a total bust. Onto the next. Gee, it just makes you want to use Tinder, eh?

Speaking of, Brett is beginning to let loose and explore his options. He’s got his job driving as an Uber cab driver, he’s met a free spirited woman (Natalie) and he’s enjoying his time with the Dune side project with Alex. However, all good things must come to an end. Alex gets the call with one heck of an opportunity. Alex is single, looking for steady work and getting a 2 year position, plus a seven figure salary is too good to pass up on. This means that the Dune side project is pulled completely. Alex and Brett have a talk, in which Brett needs to figure out what it is he wants in life. Alex has an opportunity. I suppose Brett just needs a good opportunity to come along, too. It’s hard; when you see your best friend receive an amazing opportunity, naturally you should be happy for them. However, Brett is going through a bit of a funk, if you could call it that, and so he’s kind of standoff-ish when Alex tells him that he will take the job.

So, with Michelle putting her granny panties on and taking charge – and literally pushing Anna out of the way to defend her Charter school turf – and Alex getting his dream acting opportunity, where does this leave Tina and Brett? Will Tina reach out to Alex, in the hopes that both of them sort out their feelings and see where the future takes them? Will she actually follow through with the life time responsibility of having a child? Will Brett eventually come to a decision about the status of his marriage to Michelle? Will they work it out through therapy and give it another shot? Will Michelle  develop more of a backbone and make some hard decisions about whether or not she wants to fight for her marriage and take on more of an assertive stance with the Charter school proceedings and fundraising? Will Brett find another career? Will he continue with his relationship with Natalie…which means that he will eventually have to tell her he has kids and will be going through an impending divorce. Will Alex pursue his acting opportunity alone and regret not giving Tina a shot? Will the Dune side project be completed at a later stage in Alex and Brett’s life? 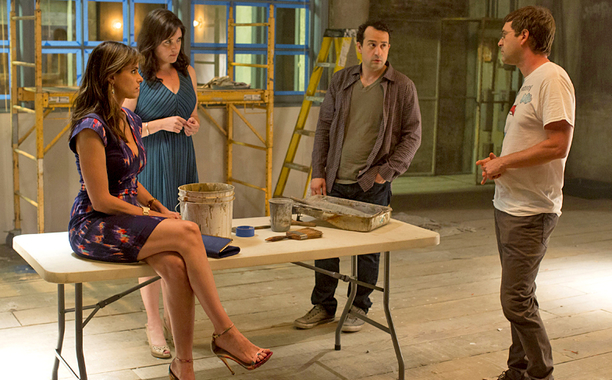 Unfortunately, we are not sure we are going to get all the answers we want as this show has been cancelled after the couple of episodes left.  Here is a sneak peek at Episode 7 –