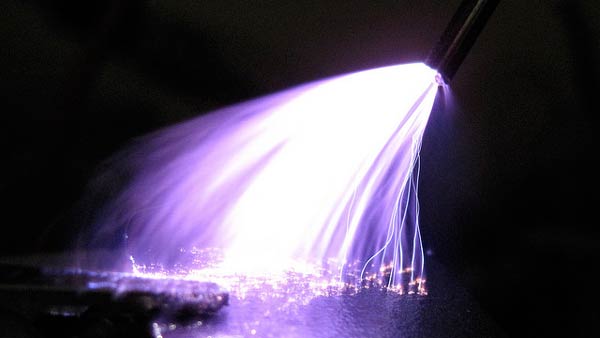 HBOWatch has just learned that HBO is considering a SCIFI project from producer Karl Gajdusek. He was the creator/producer of ABC’s Last Resort and co-writer of the Tom Cruise vehicle Oblivion.  HBO has the fantasy genre down pat; can it do alright with a science fiction concept?

THE SPARK is set in a world undergoing an industrial revolution in the near future. It is during this new technological age that the world is contacted by a signal from beyond the solar system. It centers on the human reaction to a mystery still spiritually and technologically out of reach and follows a female protagonist as she works on the cusp of the planet’s effort to discover the origin of the signal. According to Deadline.com, Gajdusek is writing and executive producing the potential series, which promises to explore on a human level what he calls the five pillars of science fiction: Alien Contact, Artificial Intelligence, Technological breakthroughs, Space Exploration/Adventure, and Origin Stories.

The only analogy I can think of at this time is the Jodie Foster movie, based on the Carl Sagan novel, called Contact. Be forewarned that this is not a green-lit series only a concept being developed. The report does not indicate how far along the idea is in its development. It could mean that is only a outline was looked at by HBO or maybe, they have seen finished scripts. Either way, it will be a while before THE SPARK sees the light of day let alone ignite into a series. HBOWatch, as always will be tracking it.