UPDATE:  Deadline is reporting that “Media Rights Capital is in serious talks to take on The Dark Tower after Warner Bros declined to make what potentially amounts to three feature films and two limited run TV series.”  This means there is still hope for The Dark Tower on HBO!  Keep your guns crossed and pray to whatever gods you hold dear because this thing ain’t over yet.  We’ll report here with more as we get it.

Warner Bros., the production house that includes HBO, has dropped the development plans for THE DARK TOWER project. The concept, a seven book 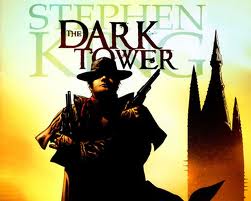 series created by horror/fantasy writer Stephen King, was first optioned by Universal/NBC with Javier Bardem in the lead as the Gunslinger. That deal died and then Warner Bros. optioned the work.

Director Ron Howard had big plans for the THE DARK TOWER story. Mr. Howard and production partner Brian Grazer of Imagine Entertainment had award winner Akiva Goldsman writing the screenplay. Together these three with Stephen King were going to man a multi cinematic venture. They had big dreams of producing a trilogy of films and a miniseries. That miniseries was expected to air on HBO with Russell Crowe as the character Roland Deschain.

Those plans all fell by the wayside as Warner Bros. announces that it is dropping the project. In a day and age when motion picture studios are having a tough go of it big projects like this work are a great commitment and burden on any one of them. Warner Bros. saw a major expenditure up front for the epic King piece and, like Universal Studios, could not take the risk and the expense and so the project dies.

Imagine Entertainment, however, still has the property and it is theirs to shop around. According to Deadline Hollywood Media Rights Capital (MRC) seems interested in taking on the challenging project. It is an independent studio who has generated product for a number of different outlets. It is the studio behind ‘House of Cards” for Netflix and the Seth MacFarlane movie ‘Ted.” MRC was also the studio behind THE LIIFE AND TIMES OF TIM which aired on 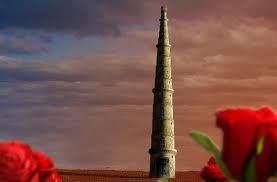 HBO for two seasons so maybe, there is a remote chance the story could still make it to the pay channel.

I actually think that if Howard & Grazer would take a step back and look at the realization that big epic concepts are becoming harder and harder to materialize that they would down-scale this deal. As nice as it would be, do we have to have a trilogy of movies and TV series to tell this tale? Yes, the King fans would go ape shit but it would be an overkill. Imagine if GAME OF THRONES were a series of movies and a TV series at the same time? The expense would be staggering. If Imagine Entertainment would stick to one format or another the project could be farther along in development by now. THE DARK TOWER could have worked well for HBO. It is a shame that the chances of that happening just got slimmer.

What do you think HBOWatch followers? Is it a sad missed opportunity? Will it ever get made at all? We would love to hear from you.