HBO just released a new teaser poster for Season 2 of A Game of Thrones!  This poster features the words, “I will take what is mine” from the mother of dragons herself, Daenerys Targaryen.  It also shows a cracked dragon egg bearing the three headed dragon sigil of House Targaryen.  The egg sits in a bed of flames, no doubt from the embers of Drogo’s funeral pyre.

While I really liked the other posters, most especially the recent one featuring Ned’s head on a spike (and so did Sean Bean)… my thoughts upon seeing this were, “FINALLY!   A Targaryen poster!”   Though I have no doubts about Dany having a big role this season, I was surprised that HBO hadn’t released poster featuring her.   As a big Dany fan, I was very glad to see her represented! 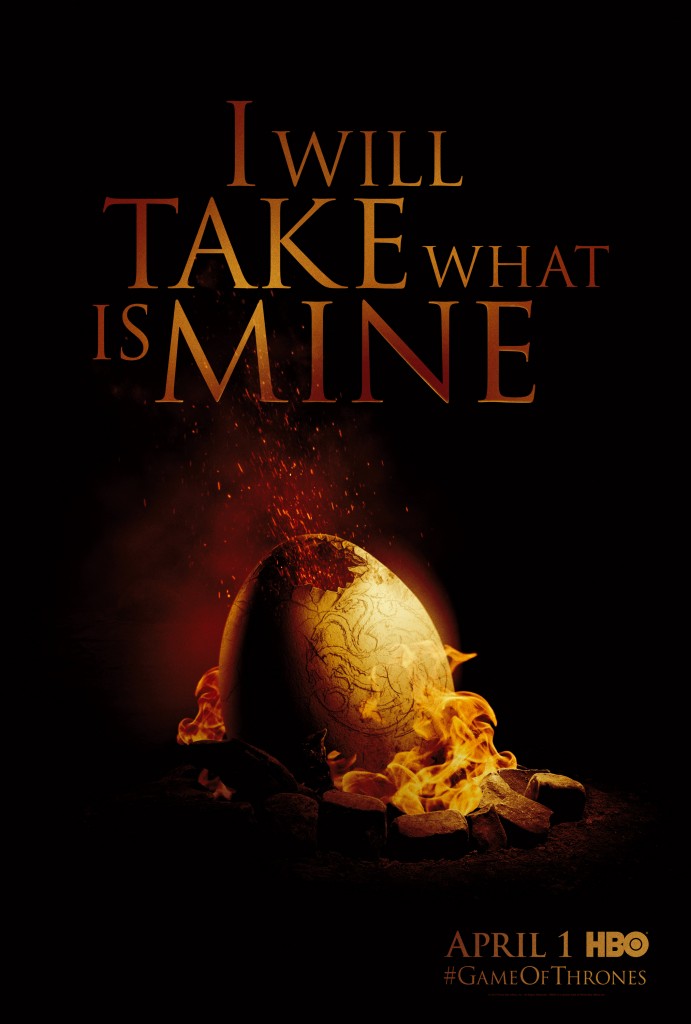 Which of the posters has been your favorite so far?