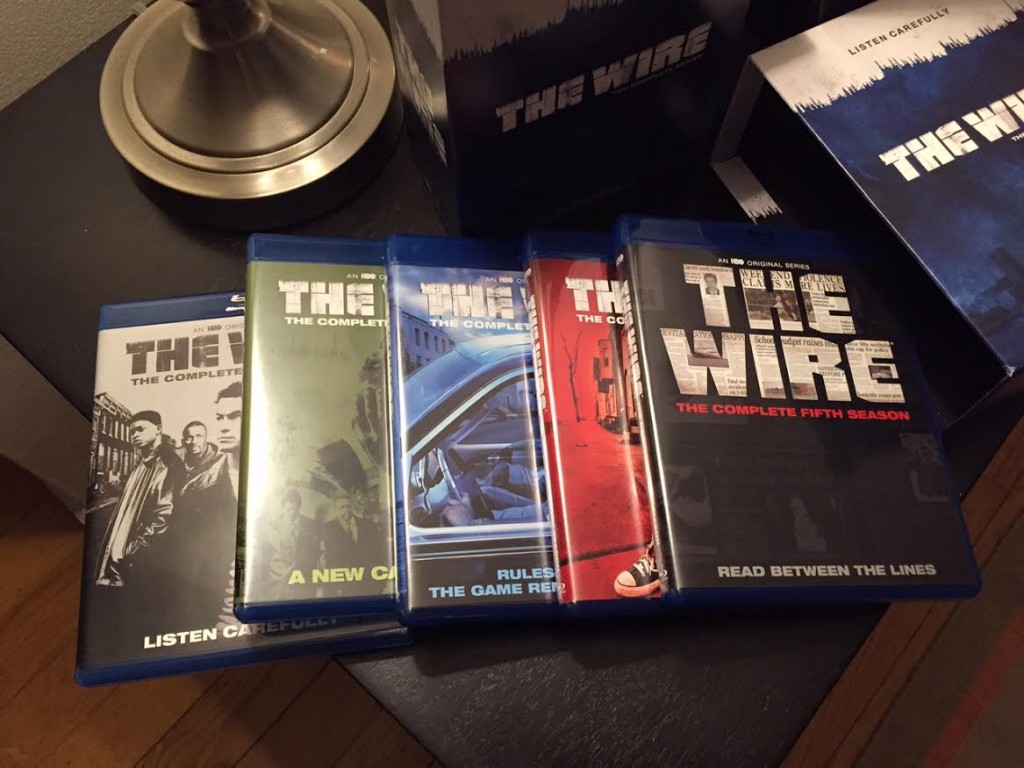 It’s almost here, The Wire’s complete series on Blu-ray will be available to all for purchase June 2nd, 2015.

For those of you who already have the DVD box set, I can understand why you might groan ever so slightly, because I know in the back of your mind you’re seriously debating getting the Blu-ray set as well despite the fact that you already have the DVDs alongside a subscription to Amazon Prime and HBO Go.

Because most fans of The Wire will never be able to resist the opportunity to own a more in-depth item for their collection about one of the greatest television dramas of all time. So it won’t take much to convince most folks to splurge on this excellent box set offering the highest quality viewing of The Wire possible. 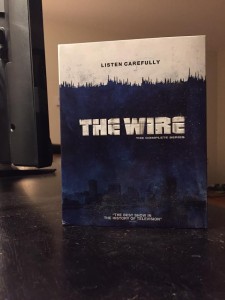 And to make a clear point here for those streaming the series at their leisure, half the time purchasing the collection of such a quintessential series such as The Wire is solely to make for an easier way to share it with friends and family who haven’t yet seen the series. Telling a coworker about how much you love The Wire doesn’t do much good if you can’t simply hand them a box set and tell them to go to town on all five seasons.

Browsing through the special features on each season makes for a bit of a mixed bag. The first three seasons contain the usual producer, director and actor commentary, but season four and five offer some interesting documentaries about the show as well as about the drug trade in general. They offer some unique insight into the world of The Wire, and its realities compared to the city of Baltimore.

Once again, for those of you with HBO Go/Now or Amazon Prime subscriptions, I can understand the hesitancy to want to buy a Blu-ray set, as even this modern physical ownership will likely feel like a dated way to view the series. 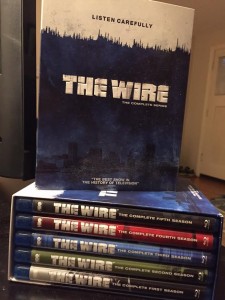 But I find myself on a bit of a more extreme end of the spectrum that occasionally causes me to fear the collapse of the internet as we know it. What then? How is one to enjoy the finest television show ever created with no internet connection? Ah yes, this Blu-ray collection! No internet connection needed. But seriously, there’s something nice about owning the entire collection of The Wire in a physical format that fits nicely on a shelf with other more traditional media formats. While I’m certain services like HBO Go and Amazon Prime aren’t going anywhere, it’s nice to know that with a Blu-ray box set, you actually own a copy of the show.

So to recap, I highly recommend purchasing The Wire on Blu-ray, as the video quality is top shape, the bonus features are certainly worth viewing at least once, and the slimmed down box set makes for easy sharing among friends.

Definitely a great collection, and one I hope to enjoy at least once a year for my annual The Wire marathons.

Pick up a copy on Amazon now before they’re gone forever!