I cannot believe six weeks have gone by that quickly and now I have to wait patiently for a well-deserved Season Two. We started off the premiere knowing someone’s island fate would end poorly, and while I had a couple of guesses who it might be, the show kept the twists and turns coming until the end. The sun has set on everyone’s island jaunt and it is time for us to wade into the water.  And what stunning aqua water it is. 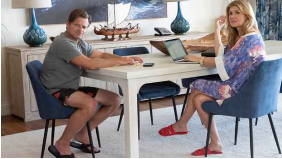 We see a beautiful symmetry between the first episode “Arrivals” and this closing “Departures.” The Mossbacher family is feeling a gamut of emotions. Nicole (Connie Britton) and Mark (Steve Zahn) have reconnected and are feeling good. “This is why people go on vacation.” Yes, 1000% for the vacation sex alone, but this is what they needed. Nicole needed to feel wanted and cared for especially after the affair and Mark needed respect which was part of his impetus for having the affair to begin with. She got her hero and he got a queen who respects her king’s crown. Especially starting vacation with a medical emergency and then spiraling into an identity crisis, Mark came out of the vacation pretty great, minus the assault. Nicole finally relaxed and got the attention and affection she needed. Meanwhile, Liv (Sydney Sweeney) sees through Paula’s (Brittany O’Grady) BS right away. Hard not to when someone asks for something to go in a safe and then that safe gets broken into hours later after overhearing the code. Liv is smarter than I suspected, but she’s still not much of an empathetic person. In fact, I think I’ve uttered, “Geez, Liv, you’re such a 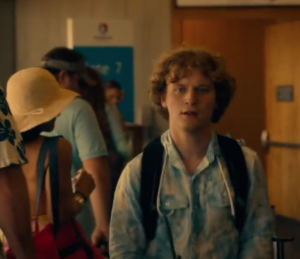 b*tch,” every single episode. Her own mother has to prompt her to go hold her friend’s hair when she’s vomiting. I mean, who doesn’t know to go that when someone is sick!! I was surprised when she actually acted naturally empathetic towards Paula. I cannot imagine with the guilt that Paula will have to live with the rest of her life because of what she spurred Kai (Kekoa Kekumano) to do. Because she’s right, something bad did happen and it happened because it was her idea. I wouldn’t want that on my conscience either. But it’s Quinn (Fred Hechinger) who has the biggest HELL YEAH moment of the whole season. He doesn’t want to go home. He’s finally seen life beyond his screens and he’s happy here. But he’s 16 and so the parents are more like, “Haha that’s funny. There’s this thing called school.” But he’s right, plenty of online options at this point especially given the current state of the world. I literally fist-bumped when he started running. My favorite storyline and best arc ending by far leaving his technology behind and embracing nature. We could all take a lesson from Quinn.

The newlyweds are no longer in marital bliss. Or rather, Shane (Jake Lacy) is and blissfully unaware that his wife Rachel (Alexandra Daddario) is in emotional turmoil. She doesn’t want to be a plus one her whole life. And I feel for her. A few years ago, that was a sentiment I completely agreed with. I won’t be someone’s trophy wife. I’m my own smart, confident individual who deserves to be respected. Now that I’ve aged a few years and lived through a pandemic, I’d be 1000% fine as someone’s pretty wife who stayed at home and had an art career of my own. Life is what you make it, Rachel. You don’t have to settle emotionally just because you feel like you’re his plus one. Is he a giant man-baby? God yes, but you’re clearly used to what his money will do for you so I’m sure you’ll roll with it. You have plenty of money at your disposal to make you happy. I’m sure you’ll be fine. Kitty (Molly Shannon) had a good point about the flexibility that can bring and the good you can do on your own terms. Her answer to Rachel, saying she wanted to work, a couple of episodes ago will live rent-free in my brain forever or at least until I can make my art career a viable option. Belinda (Natasha Rothwell) is certainly over the white woman’s tears and I knew her ending would be tragic. Can’t trust flighty, rich, white women. You helped Tanya (Jennifer Coolidge) gain important perspective. It just sucks that perspective rips away the dream she’s been dangling all week. 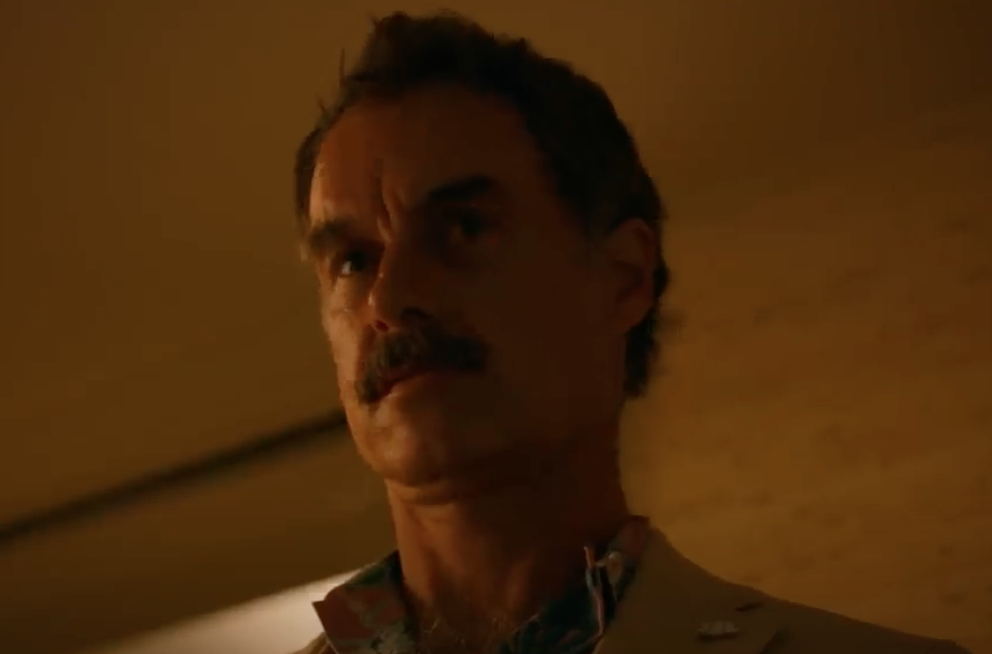 But it’s Shane’s paranoia that ends up providing the ultimate bummer as his back and forth with Armond (Murray Bartlett) reaches a head.  To be fair to Shane given the circumstances of the Mossbacher attack, the hotel probably could have said something to the guests but they were also respecting the Mossbacher’s privacy. It’s not exactly the hotel’s place to tell everyone staying in the hotel, “Hey, these people were mugged! Also, it was an employee and he had a master key card.”  Sorry Shane, given the fact it didn’t seem like anyone else would be a target I’m not surprised you weren’t informed of the “danger.” The minute he grabbed that knife I knew bad things would happen, but it’s an awkward slow burn waiting. Originally, my call given the attention Shane was paying would mean Rachel or mommy in the box. Admittedly, I was rooting for a bawler Molly Shannon death scene, but win some, lose some.  We know at least one person who won’t reappear for the follow-up season, but it’s exciting to consider who could pop up again. I personally doubt we’ll see the Mossbacher family again but you never know. Maybe Belinda will take an opportunity to get transferred and see somewhere new. Whoever and whatever is involved, I’m there. At the very least so I can keep listening to that amazing theme song. Is there anyone you hope to see again? Or are you rooting for a clean slate of characters?