I love that we’ve already been confirmed for a third season! Yes, please!!! I request a ski chalet and a certain someone to return but we’ll get to that in a minute. The second season was explosive from the very beginning, showing us in a flash forward what would be found at the end of our journey. We’ve been traipsing along and now the answers are here. Did you tune in? Have you yet? Because it’s about to get spoiler filled up in here, so if you aren’t ready to discuss what happened on the White Lotus finale, go watch and come back. Because I am ready!

As we start the day, Ethan (Will Sharpe) is still obsessing, imagining his wife Harper (Audrey Plaza) being caressed and fondled by his buddy Cameron (Theo James). The juxtaposition between what Ethan sees in his mind’s eye versus the calm reality in front of him was some fantastic cinematography. Emotion is no issue for Cam however as he remains easily detached from giving a shit about his own kids. Do we think he suspects their lineage? Is he so self-absorbed to believe his wife (Meghann Fahy) would never cheat on him or do you think with their cheeky back and forth games he suspects that she might have dipped out too? I don’t know the answer but it wouldn’t surprise me if he did know and it gives him a pass to not care and continue with his own choices. Or he’s just a sucky dad. It could easily go either way.

Sucky dad moments are abundant in this one, since Albie (Adam DiMarco) sheepishly asks his dad (Michael Imperioli) for some cash. At first he says no, because that’s the good dad move to not let your kid get had. But hey now, why do that when you can leverage it for some support with your wife? Utterly pathetic. Not only does this guy bargain his wife for $50k, his son is like “Good deal, dad!” Fuck you, Albie. Your mom deserves better and you said that yourself a few episodes ago. But you got laid so things are a bit different now? In any case, good luck with all that though saving your “wounded bird.” 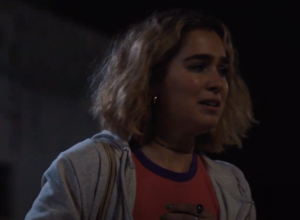 Meanwhile, Portia (Haley Lu Richardson) wakes up and realizes things aren’t good. Missing phone, didn’t make it back for the party, are things starting to seem sus to you, Portia? Because they fucking should and dear sweet Jesus, I’m going to need you to start putting some dots together. Tanya (Jennifer Coolidge) as well is starting to feel off. They finally get in touch, but goddamn it Portia!!! I need you to put on your big girl panties here and get some shit done. Not getting into a car with a perp and then confront him??? Portia, babes. No. Tanya inquires after the photo again and I am begging you to get out. Like just walk away. Just leave the place, don’t say anything and just keep going for a while until you feel you can find someone trustworthy.

You know who is having herself a damn good morning? Valentina (Sabrina Impacciatore) and that sweet booty! Damn, I need a trainer. Regardless, she be looking fine and feeling fine and there is nothing like a walk of shame like that into work except she also came from work and it’s all just too perfect. She even tells Isabella (Eleonora Romandini) that Rocco (Federico Ferrante) can come back and she’s spreading the joy and I love it!!! She even reconnects with Mia (Beatrice Granno) and I really appreciate the friendship that has grown from these two. At first, Valentina wanted nothing to do with her but Mia sees her for who she is and doesn’t have a problem. It can’t last, but that doesn’t mean they can’t be friends and have each other’s backs. First episode Valentina would have told Mia to leave as soon as Giuseppe (Federico Scribani) returned. But she didn’t because she’s not the same Valentina as seven episodes ago and now Mia’s got the gig. 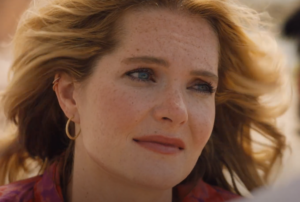 You know how Ethan was obsessing? Well, he wasn’t completely wrong. Harper eventually does come clean and tells him what happened. Of course at this point he doesn’t completely believe her because it took her a while to come clean. DOES THAT SOUND FAMILIAR, ETHAN?!?! But of course, we’re left to speculate. Is she really telling the truth? Or is Ethan seeing the reality in his dreams? I can confirm that Plaza herself has commented on what went down, but more of that later. Ethan takes his stewing down to the water for a final confrontation. I need Will Sharpe in a wet shirt more often please. Feeling ill at ease still, he chats with Daphne letting go of his fears. Big massive nod to Meghann Fahy in this moment. The emotions across her face and the way Daphne makes that decision, just breath taking acting.

“So you fuck your uncle?” was going to be my favorite quote of the episode. I couldn’t believe that so quickly it would be replaced. Tanya is scrambling and starting to visibly get nervous. I would be too stuck on a boat with a bunch of gays trying to kill you. All hail, Jennifer Coolidge on her way out though! We’re gonna find a way to bring you back. I vote twin sister. Gotta give Mike White credit for proving that the only person who can take out Tanya is fucking Tanya herself. Rest easy, queen. 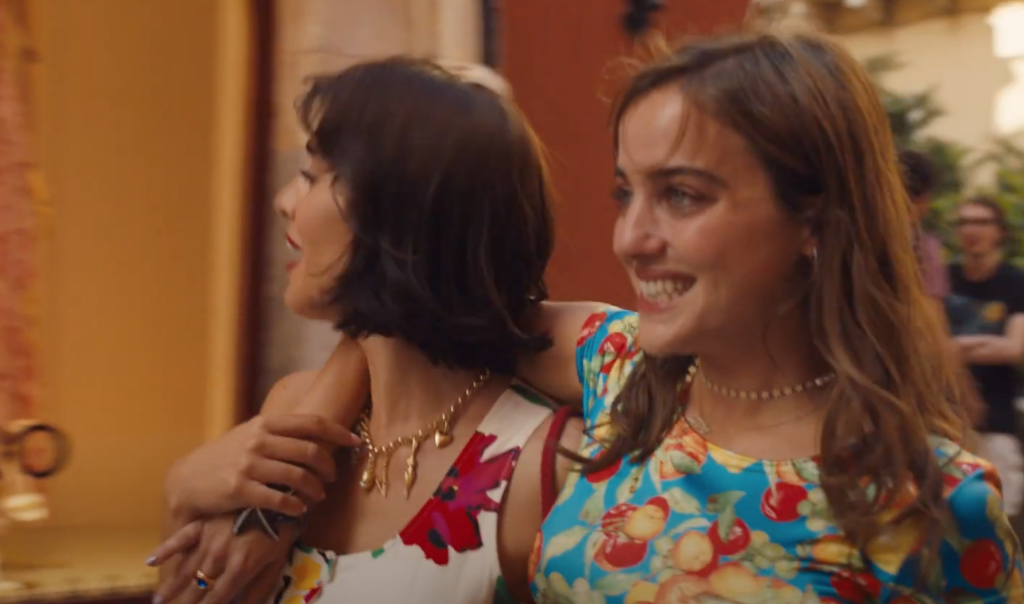 Meanwhile, Lucia (Simona Tabasco) comes into her cash. Cam finally pays her, giving her a wink too. Bro, you are late on paying a prostitute why are you flirting with her? You just seem like unstable business. Not to mention, shitty in general. But Dom also transfers the money and Albie is more than happy to deliver that news. But the best news of the trip is for Harper who, as the sun sets on their last day of vacation, finally gets fucking laid. And yes, I do mean finally. Aubrey Plaza confirmed in an interview that no penetration happened with Cam and Harper hated every minute of it. So now we know occasional cheating supposedly fixes marriage? Mike White really spent this season examining cheating and relationships quite in depth and I loved it. More thematic seasons!

We conclude with a snuggly Harper and Ethan at the airport, ready to go home and try again. Albie and Portia reconnect and I appreciated their immediate honesty. She had a wild ride, but she left out some key details. And Albie admitting he was had was just the chef’s kiss for me and my hatred of this guy since he used the phrase “wounded birds.” And all three of the DiGrasso men have a sleazy family bonding moment drooling over the same girl. Ugh, just ugh. But Daphne mentioned the Maldives next year and ooooh girl, I’m in! Given the way Tanya crossed over, I wonder if some crossovers are potential but not more than two seasons. It would be odd for Tanya to come back, but we could see Portia with a different rich woman to follow or the couples on vacation again. I don’t know, but I like this idea. As long as the White Lotus keeps coming back, I’ll keep watching it.