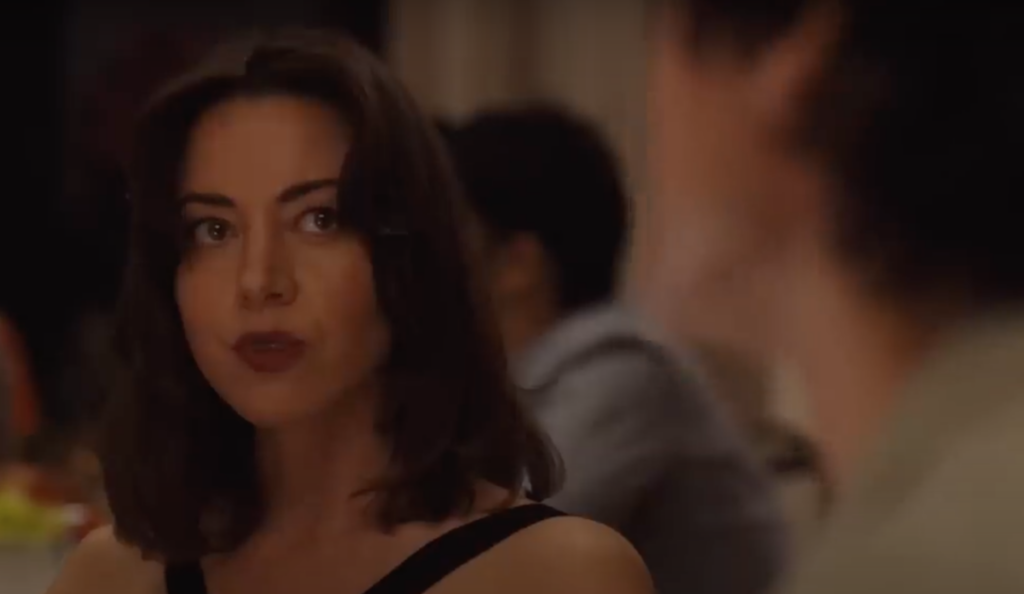 We come back for episode two as dawn breaks. Lucia (Simona Tabasco) is sneaking out after her visit with Dom (Michael Imperioli), spotted by Ethan (Will Sharpe) on his morning run. Ethan heads out and we get some fantastic views of the city and water. It definitely has me considering planning a trip to Italy. Harper (Aubrey Plaza) wakes while he’s gone, off to get breakfast by herself. She ends up dining with their co-vacationers, Cameron (Theo James) and Daphne (Meghann Fahy). Cam’s showing off his lovely short fuse while Daphne giggles. Yeah, you and me both, Harper. I think it’s fucking weird too. I can’t imagine finding rage issues in someone funny. Especially not a partner. She’s quick to say he’s never once done anything towards her. And maybe not, but I’m more than willing to bet he could. And that is terrifying. 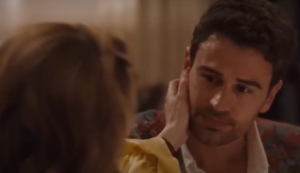 Meanwhile, post-run Ethan is feeling hot and gets his laptop. The whole ensuing conversation was quite interesting to me. It’s clear there is a sexual disconnect here and that’s not uncommon. Especially when people operate on different schedules. Morning sex works great for some and not for others. I can understand late sex especially when a guy’s tired and needing to do some work would be less desirable. The fact that he shares any of that information over dinner though was like what the absolute fuck, dude?! Are you trying to piss off your wife? It’s clear she wasn’t a fan and I was surprised we didn’t see more conversation about it. They discussed the tender moment Cameron expressed, causing Harper to wonder if she’s judged these people wrong. But she does think they don’t like her and she’s one hundred percent on the mark. So in my opinion, she should just keep operating with them at arm’s length but we’ll see. 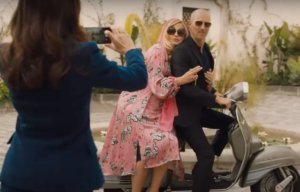 As dawn breaks for Tanya (Jennifer Coolidge), she’s also having a disconnect in her marriage to Greg (Jon Gries). He spots Portia (Haley Lu Richardson) at breakfast and didn’t seem impressed. Tanya expresses her “Italian Dream” and this fabulous day she wants to have. He agrees to make it happen and they do it all. Get dolled up, ride a Vespa, and eat a romantic dinner. The drive was less fantastic and then Greg drops a bomb at dinner. He’s got to leave for work and come back in a few days. He has his reasons but it’s not unsuspicious. Did she hear his call through the door?

After Portia was spotted by Greg at breakfast, she slinks away ending up with Albie (Adam DiMarco), Dom, and Bert (F. Murray Abraham). Gramps is still bemoaning the loss of his daughter-in-law and grand-daughter on the family trip. He knows Dom did something, and Bert, you’re creating awkward vibes for the young lady hanging out with you while you’re trying to suss out the family drama. Before leaving, Dom gets Lucia and Mia (Beatrice Granno) set up in the hotel to come and go as they please, and boy you best believe that pissed off Valentina the manager (Sabrina Impacciatore). The girls run up some expenses on the room tab, but plan to pay off Dom later. 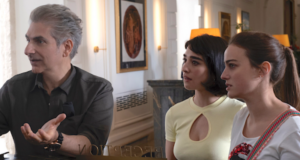 At dinner, Bert figures it out having taught his son how. What is it with this cyclical male cheating? Dad taught you how so you have to do it now too? Hot new dating tip: start seeing a new guy, asks if his dad cheats, and if he does you should walk away. Albie is mad at his dad, though not expressing it much in any fashion at all. He’s at dinner with Portia and my god, I don’t see these two hitting it off.  First of all, I don’t trust any guy who spouts off about “nice guys.” The real nice guys show you, they don’t have to say it. Second, the fact that he used the phrase “wounded birds” made me want to scream. You have to save them? Are you a vet? Or an ornithologist? Look Albie, I wish you luck but I also wish Portia won’t waste any more time on you. Maybe talk to your dad’s friends? They do come back to thank Dom and he tries so hard to be a good boy. Whether he actually has a sexual addiction or not, he clearly doesn’t have the will power to say no to both of them. Thinks are heating up and seeing some spicy quick shots, I think it’s going to keep getting juicier! The next episode will air Sunday, November 13th at 9 p.m. EST. And don’t forget to check out this amazing breakdown of the episode with Aubrey Plaza and Will Sharpe!