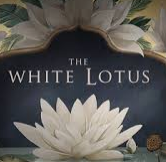 Just announced in the past day was the news that Mike White’s THE WHITE LOTUS was given the green light for a second season! So, there you go, if a quote/unquote Limited Series gets enough viewers and recognition then it can return for another go. It happened with BIG LITTLE LIES and we are still waiting for news of whether it could happen with MARE OF EASTTOWN, thus sort of changing the definition of what a ‘limited series’ is.

Here is the official press announcement:

HBO’s critically-acclaimed six-part limited series, THE WHITE LOTUS, from Mike White, will return for a second installment. With the finale episode debuting this Sunday, THE WHITE LOTUS is a social satire set at an exclusive Hawaiian resort and follows the vacations of various hotel guests over the span of a week as they relax and rejuvenate in paradise. But with each passing day, a darker complexity emerges in these picture-perfect travelers, the hotel’s cheerful employees and the idyllic locale itself. Episodes are available to stream on HBO Max. Currently ranking #1 among all series on HBO Max, THE WHITE LOTUS has achieved consistent week-over-week growth for both premiere and digital audiences, leading into the finale episode. 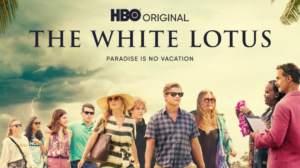 All this leads us to wonder just how the sophomore season could play out. A whole new set of guests would arrive at the Maui resort and waiting on them would be Murray Bartlett’s Armond and staff, right? Well, actually we do have a clue into the season and it would not be a return to Hawai’i. According to the press release –

The next chapter of THE WHITE LOTUS leaves Hawaii behind and follows a different group of vacationers as they jet to another White Lotus property and settle in temporarily amongst its inhabitants.

This concept was alluded to when the show’s creator had a chat with TVLine prior to the announcement. Mike White said, 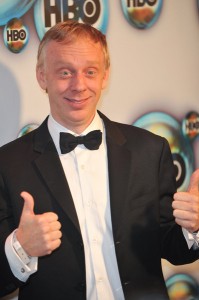 “We have had discussions, but it remains unresolved. It would have to be a different hotel, like, say, The White Lotus: San Tropez or something. I don’t think you can credibly have [all the Season 1 guests] on the same vacation again. But maybe it could be a Marvel universe type thing, where some of them would come back. We only made one-year deals with the actors, so we’d have to find out who is even available.”

So, that does leave it wide open for a number of possibilities. Keep the show at six episodes a season, but bounce us around the globe (with the utmost safety, of course) to different locales in the WHITE LOTUS Resort chain. Give us a smart, witty plot with good diverse characters and equally diverse actors in those roles (even more of the Mossbacher family if need be) and we may have something.

So, what do you say? Are you happy with the announcement? How about your thoughts into turning it more into an anthology series than a continuation of Season One? A hit with fans and critics alike, The New Yorker claimed, “Mike White’s tragicomedy is one of the best shows of the year,” while Time called it “the must-see show of the summer” and IndieWire praised it as “nothing short of a marvel.” Vacation at THE WHITE LOTUS continues!