This show has been a rollercoaster from start to finish and after the last few reveals, I knew this finale episode would leave me reeling.  We pick up where we left off with Grace (Nicole Kidman) opening her son Henry’s (Noah Jupe) violin case and finding the murder weapon. Oh dear, must have a very important conversation now.  I really liked the dynamic between these two as mother and son; I felt like they did so well together.  Henry admits to finding the weapon at the beach house shortly after they got there, the same beach house where Jonathan (Hugh Grant) later shows up.  In all logical heads, we know who the killer is.  Do you know who doesn’t? Jonathan, who is still trying to pass blame, either to Fernando (Ismael Cruz Cordova) saying he could have followed him and Elena (Matilda De Angelis) there or to Henry, literally using his own son to get out of this.  What a piece of sh*t. 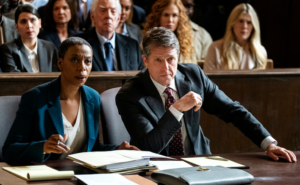 Haley (Noma Dumezweni) is scrambling.  She can’t admit the weapon as evidence, even if it has been through the dishwasher twice because it would destroy her case.  Henry is trying to protect his dad, his idol.  Seeing everything come crashing down in his relationship with his father and seeing who his father really is was executed brilliantly.  Grace wants to fix this but how to save Henry from issues while dealing with Jonathan will be a tricky business.  She checks in on Henry later and he questions her questions in that annoying way smart kids do. He wants to know what she wants.  He wants to know if she wants a relationship with Jonathan or not.  Grace calls Sylvia (Lily Rabe) and I have to wonder what’s afoot.

Detective Mendoza (Edgar Ramirez) shows at court the next day and it throws Haley for a moment. She uses Miguel Alves in her recovery and calls him to the stand. Poor baby admits on the stand that his parents would fight and he told a teacher that he would get scared. She’s pushing blame over to Fernando, especially after Miguel says he slept through the night on the evening his mother was murdered.  So, now doubt is being sewn.

Grace wants to take the stand, says she’ll back her husband, and say she doesn’t believe he could have done this in her professional opinion. Hmm, something seems amiss. Well, it was and is, and holy cow, what a way to use the justice system. Because Grace is being called as a witness for the defense and not the prosecution, it’s easier for the prosecution to poke holes in the case and get the truth from Grace. She puts herself up there specifically to be called a liar and get the real truth out about Jonathan. The 911 call where she’s terrified, telling Sylvia that Jonathan has Narcissistic Personality Disorder, and even the phone call with Jonathan’s mum (Rosemary Harris) all enter the fray. I’ll admit, I was really worried for a second.  She seemed too earnest almost to stand up for him. The book the show is based on is called You Should Have Known by Jean Hanff Korelitz and it comes back brilliantly in the prosecution questioning Grace. As a marriage counselor, she tells her patients that in reality the person you’re with is there all along and you choose not to see it. That people can fool you even if you think you really know them. I think that’s why Grace had those conversations with so many different people who claim to know people well as proof that people can still fool you as much as you fool yourself by ignoring what you see. Well, we do get to see how the events really played out and you see the real Jonathan. Much as I suspected, Elena was encroaching into his life too much and he wanted his side piece to remain a side piece. He doesn’t want a melded family like she’s trying to go for. “You’ll never hurt me. And you’ll never leave me, Jonathan.”  Oh sweetie, you don’t know this man at all. 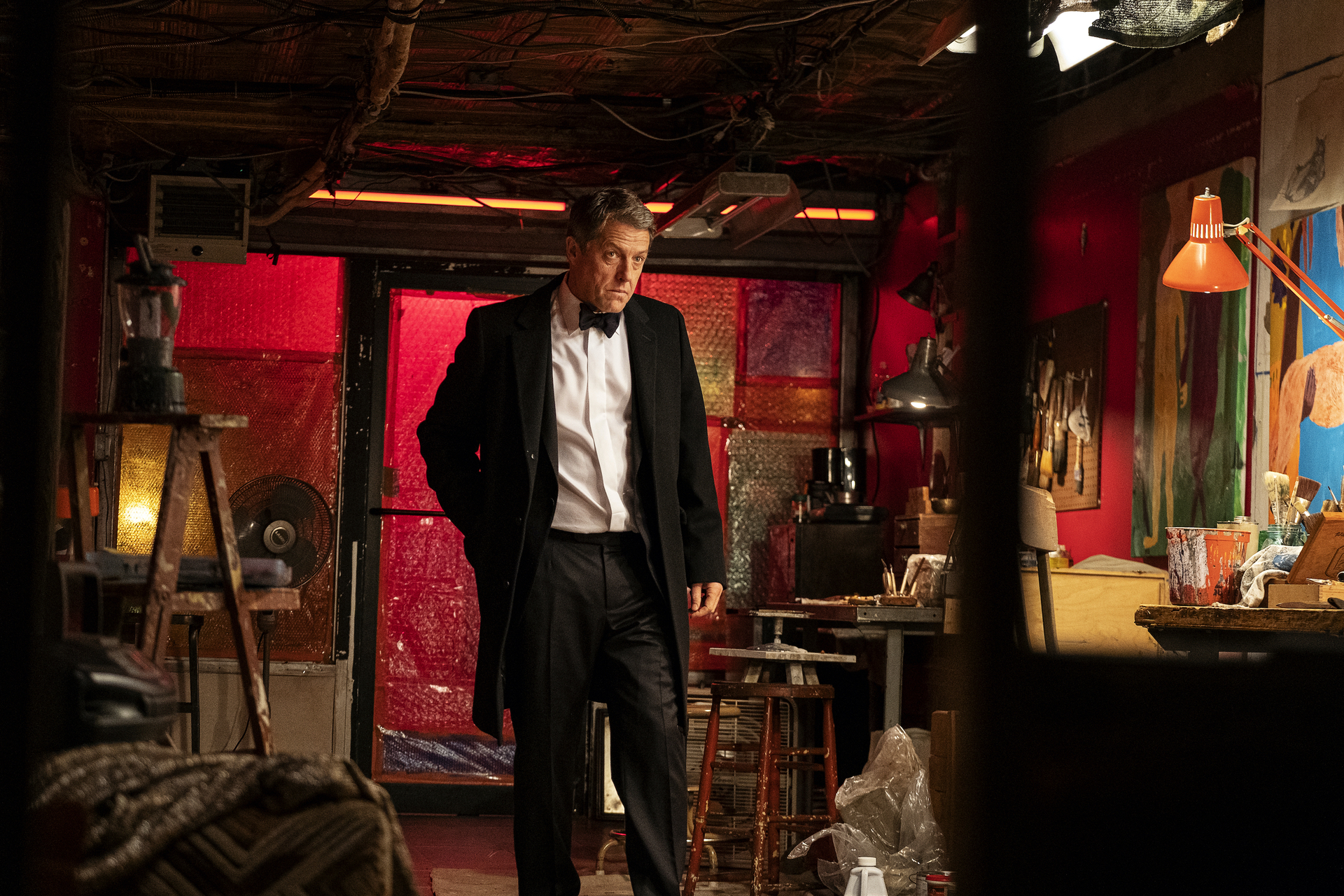 Jonathan wants one last breakfast with Henry before court and prison. But you know where the best breakfast places are?? Canada! I spent the last ten minutes of the episode with my heart in my throat wondering if Jonathan was going to take Henry down with him. Henry forces him to face the truth the way no one else does in the whole series, not even Haley mainly because she doesn’t really care. But Henry forces Jonathan to acknowledge it and that’s when I started getting scared. “Not the real me.” Jonathan literally sees two versions of himself: the dutiful doctor, husband, and father versus the cheating, failed doctor with a second family. He keeps talking to Henry about his legacy. His patients, his son, his wife…interestingly, he doesn’t mention his daughter with Elena. And that’s when I got really scared because he has no patients anymore, his son is terrified of him, and his wife hates him. So yeah, he’s got no legacy left, what’s there to do? I’m sure every mother watching was experiencing Kidman’s pain racing to get Henry back. I was sobbing by the end, listening to Kidman scream. I can’t imagine it having ended any other way, except knowing Jonathan never returns in the book. How many departures were there from the story? Also, is there potential for a second season? The story seems fairly well contained, but Hollywood loves making a comeback. HBO went off-book with Big Little Lies and Game of Thrones and got content created to advance more seasons. Is there potential for that here? Unsure, but what I will say is if another season of The Undoing is greenlit, I would not have any complaints about that. Especially if the wardrobe team comes back because every single outfit Kidman wore was aces.