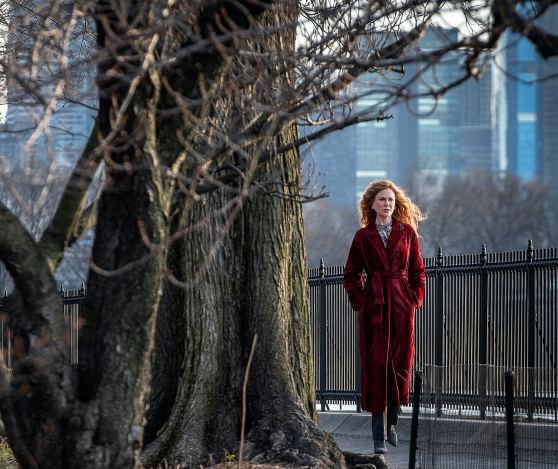 As we continue our look at The Undoing, we see we’ve reached the midway point past this episode and I’m sinking into this episode because the web of everything reveals more of itself and I’m even more hooked. After Grace’s (Nicole Kidman) 911 call, Jonathan (Hugh Grant) is now in custody. He appears to go pretty willingly (good idea) and once he’s gone, Detective Mendoza (Edgar Ramirez) turns his attention to Grace.  He’s clearly suspicious of her.  Hard not to be, it’s all too easy for her to be possibly covering for him here.  But still, there seems to be more under the surface… DNA is back. Jonathan is the baby’s father. So going back to that whole breastfeeding session at the committee meeting, I feel even worse for Grace now. Sure, the kid is hungry but it’s the child of the woman’s husband sitting next to you and SHE DOESN’T KNOW!! Oof.  Meanwhile, Henry (Noah Jupe) is stuck dealing with everything, watching the news and learning horrible things about his father and everything that happened.  One of the things he perks his ears up about is Elena’s (Matilda De Angelis) sculpting hammer missing and believed to be the murder weapon.

Everyone is encouraging Grace to get her own representation at this point, including Sylvia (Lily Rabe) and her father Franklin (Donald Sutherland).  Sylvia goes to Jonathan’s arraignment to report back to Grace. Charges for rape and murder with a cool $10 million bond or $2 million cash. Double oof.  Not looking great 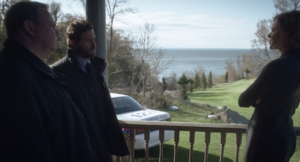 for you here, Johnny boy. Your defense attorney Robert Adelman (Douglas Hodge) doesn’t really care much about your innocence either. And actually, I quite liked him. Much like your wife, he probably has a good history of working with people and knowing how to read them. And Adelman thinks you’re a dick, but not a killer. Grace isn’t so convinced and I agree. I say you don’t know what a person’s capable of until they think their world is crashing around them and they have everything to lose. But Grace agrees to go see Jonathan for Henry’s sake. The lack of eye contact by Kidman was so perfect. Her anguish is brilliantly portrayed, as is Hugh’s. He wants to see his son, but does he want to see you? What a lovely mess you’ve made, Jonathan. I loved Henry’s bluntness when he does finally get to see his dad. Throwing everything out there especially with expletives is the way to go. 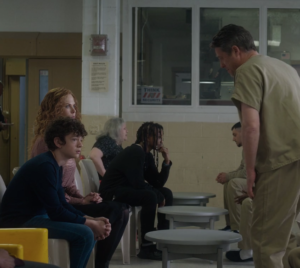 Talking with her father, Franklin continues encouraging Grace to get her own representation. He wants to know she’ll be taken care of and he lets slip that Jonathan approached him for money. Spouting it off as Grace not wanting her father to worry about their finances, Jonathan got $500,000 from him. Okay, let’s break this down. We obviously know he got terminated from the hospital. Dr. Rosenfeld (Jason Kravits) confirms this when he meets with Grace as well as the fact that Jonathan and Elena were not subtle and Jonathan had a serious narcissism issue. So I guess I’m trying to remember how long he’s been without work because he’s clearly burning through some serious cash to drain some of their savings and half a million from someone else. Where did it all go??? After admitting to giving him the money, we also see Franklin outside the Alves’ apartment. What else are you involved in, Frank? You at least did convince Grace to seek representation. 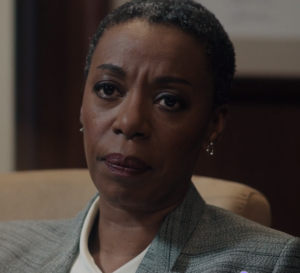 Haley Fitzgerald is good at ‘creating muck’, as she puts it. A fairly apt description for a defense attorney, but she’s the best so I bet it’s pretty expert muckiness. She can help get Jonathan off, but she can’t make him innocent. Eh, I think Grace would just like to know definitively one way or the other so she can move on and not hang in limbo. While she’s in limbo, she ends up being followed by Mr. Alves (Ismael Cruz Cordova). Fernando is hurt and angry, understandably. His wife cheated on him and had another man’s baby, was murdered, and now he’s taking care of the child. That’s a rough beat. But Grace is also angry and hurt and she doesn’t really want anyone else’s shit right now. She goes to the detectives to tell them and I do think stalking was a harsh term here. He sought you out for conversation, I doubt he’ll be following you again. The detectives have been working and got surveillance near Elena’s studio. Grace is really hoping it will prove something and she can put her mind at ease. Welp, that’s not gonna happen. We saw her walking that night from her perspective, but what else didn’t we see? Are the detectives chasing the wrong lead or are there parts of Grace’s story we haven’t seen?  Admittedly, that’s a plot twist I could go for right now. But mainly, I need to know if the wardrobe team is going to get an Emmy because every outfit in this show is off the charts, especially Kidman’s coats.