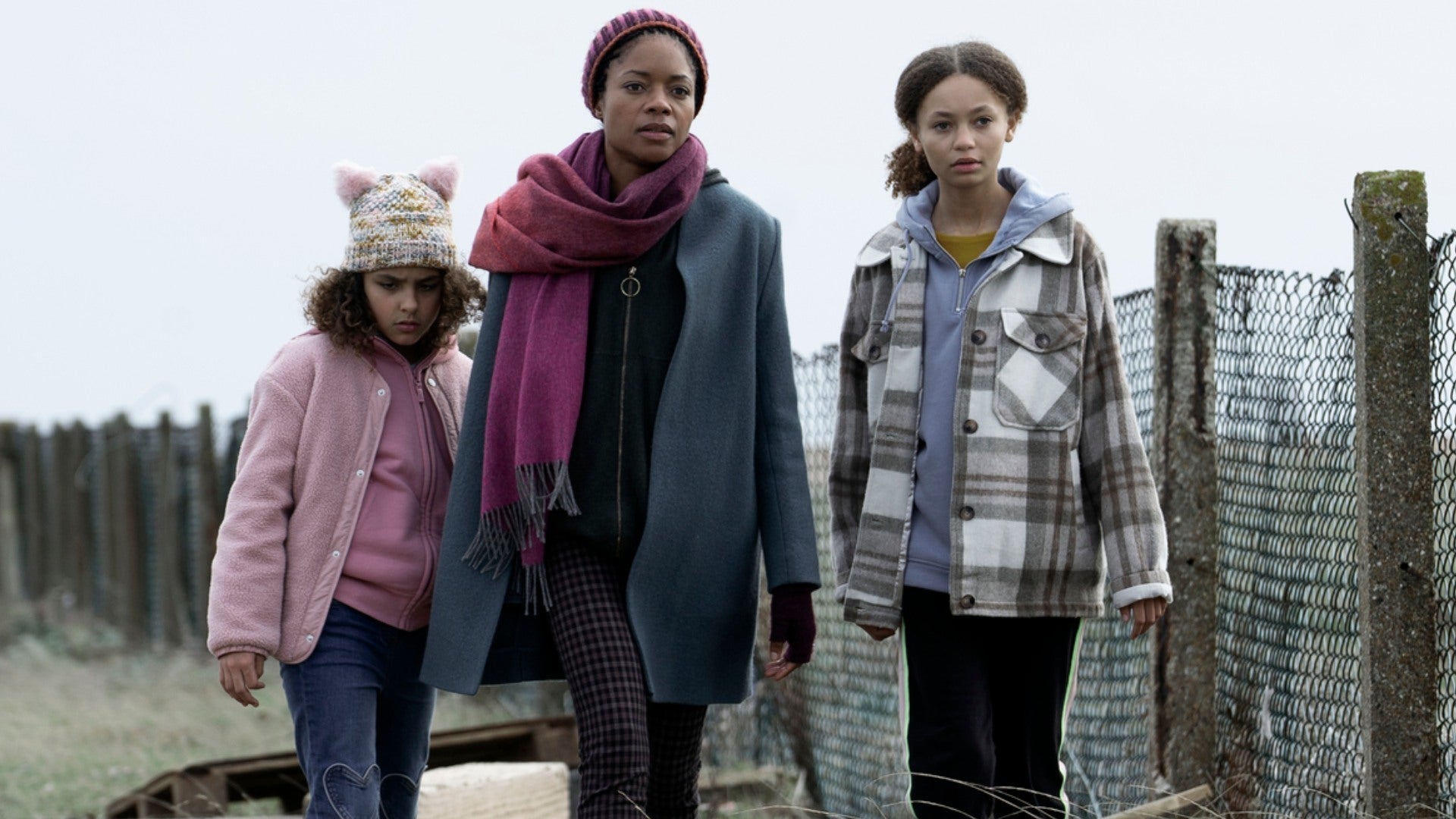 We’re back in Osea, following the festival of Esus and anointing of Sam (Jude Law) as the father of the island. Though there is some speculation as to his current state of health, like as in breathing or not. But for now, we’re greeted with new characters coming to Osea to experience the creepiness firsthand! We get the sense from Helen (Naomie Harris) right away that this family needs a break. Whatever has been going on back home, Helen is glad to use her older daughter Ellie’s (Nico Parker) birthday as an excuse to get away and rent a cabin for a while. Unfortunately for them, when they arrive for their booking, it does not exist. And here’s where things start to not add up…

When Ellie continues inquiring, Helen reassures that it’s been booked for ages. In reality, she tells the cottage owners she had booked that morning so how could the booking disappear that quickly? Hmmm. Helen begins her quest to find somewhere to stay on the island and you can feel the portent just rolling in. This is not going to go well for them. They find a place and while Helen is inquiring within, Ellie makes a new friend. I was shocked at how utterly kind Larry (John Dagleish) was to her; talking about the island and his necklace, which may or may not be a lie but still. Considering all our interactions with him being VERY different, this was quite refreshing. Well, it lasted a little while at least. Helen comes out obviously denied a room and told to get out ASAP and panics.  Understandable when you tell your daughter to stay in the car and she’s out talking to a man.  “It can be any man.”  And here’s where I started sobbing. Women genuinely live in fear and while most assaults are not committed by strangers, it literally could be any man. Helen’s intense stranger danger reaction had me on high alert. 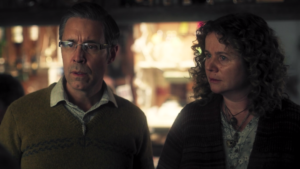 She’s determined to find a place to stay on the island and actually finds a nice place. Too good to be true, in fact.  They find something quite different – an abandoned development retrofitted with some interesting medical equipment and animal sacrifice. You know, no big deal. Helen manages to get the girls out of there only to find her car is gone. Yeah, called that one. They briefly attempt to hole up in an abandoned house but Talulah (Charlotte Gairdner-Mihell), the younger daughter, isn’t doing well. They end up at the Creepy McCreeperton’s (actually, the Martins, you remember them?)) inn, where of course Mrs. Creepy McCreeperton (Emily Watson) has all the answers.  A woman on the island is pregnant, doesn’t want to leave to get help, wants to stay here so the medical stuff is just in case. A pregnant woman, you say? Well, well, well.  I have one guess who that is. The girls get settled for a night at the inn and Helen promises first thing if they’re creeped out, tomorrow they’ll leave.  They snuggle into bed and Lu has to angrily hand over her tablet, giving us the plot twist of the episode. As a writer, I’m kicking myself for not seeing it coming.  I spent a good five minutes going, “F*ck, f*ck, f*ck,” at the television and feeling the need to rewatch “Summer” for all the little details that led to this. “What’s meant to happen always happens on Osea.” I won’t spoil it here, but if you watched the first three episodes closely, this will all fall in place. I cannot wait to see what happens next!

HBO’s version is not available so her is the Sky trailer for “Winter”: