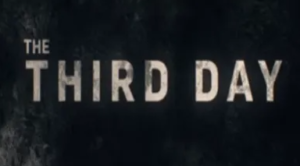 We’ve reached the penultimate episode of the series The Third Day and I’m so completely enraptured and wonder how everything will conclude. We ended the last episode by confirming how the characters are all related. Sam (Jude Law) is the husband of Helen (Naomie Harris) and father to Ellie (Nico Parker) and Talulah/Lu (Charlotte Gairdner-Mihell). DUM DUM DUM. So we have to wonder even more now if Sam is really alive. Did he and Nathan walk off into the dark together towards the Big House or was it really the afterlife?

The three females of “Winter” are awoken in the wee hours of the morning when screams come from downstairs. Remember when they said there was a pregnant woman who didn’t want to leave the island to have her baby? Yeah, called it. Jess (Katherine Waterston) is there with Jason (Mark Lewis Jones) but I’m still questioning the parentage here. I have to swing with Jason, right; because she had “morning sickness” the day after she and Sam drunkenly smashed?  Now, I know it literally takes one time but c’mon.  It doesn’t take effect that fast. She must have already been pregnant, right? At the very least at this point, we know we’re dealing with real-time seasons and not just the “seasons of life” because she is obviously about to pop. 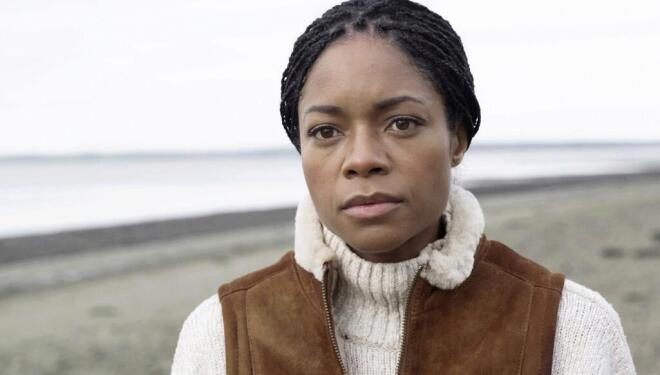 Helen is determined to help but it doesn’t take long for Jess to slip away. I’m guessing the conflicting attitudes on the island aren’t helping her, but also she’s in active labor and it isn’t really smart to be wandering off on your own, now is it?  As the island gathers to find her, Helen begins asking questions and of course, is met with outright lies. These come first from whom I call Mr. Creepy McCreeperton; actually Mr. Martin (Paddy Considine) who says he’ll ask around, though obviously doesn’t. Mrs. Creepy McCreeperton (Emily Watson) follows suit quickly but gives Helen some truths with her lies. Sam was there, but he left to go home to her three months ago even though he had fallen in love with someone on the island. Now, this is where I actually cackled out loud because obviously, Mrs. Martin has to lie.  She can’t admit to Helen straight away that Sam might be here. But the fact that Mrs. Martin uses a drunken, one night stand as a pass off for falling in love with someone had me in stitches. Not surprisingly, Helen is skeptical, but she’s determined to help find the pregnant Jess and then get her girls off the island.

“She matters so much.”

As Helen prepares to help Jess bring a new life into the world, Ellie and Lu are on their own. Kail, (Freya Allan, pictured) who we know is one of Jess’s daughters, is interested in Ellie. She is not so much interested in Lu, who she calls a godless sheep. Kail believes she can appeal to the religious interest in Ellie and takes her to see private parts of the island. Lu’s response as Ellie leaves was so funny and yet heartbreaking. “I’m 9.” She’s fierce and feisty, but she needs her sister; she’s still just a little kid and it will be far too easy to get over her head. As Kail explains the true history of Osea and how it balances, I have to give props to Allan. I loved her as Princess Cirilla in the Witcher, but man alive, she should do more horror. She does creepy so well! She explains who Charrington really was (think famous British murderer who was never caught, rhymes with Mack with Tipper) and how important the balance of Osea is. As for the formation of religion around murder, that was an interesting plot choice and I dig it. Religion itself has caused plenty of death around the world, throwing it directly into the formation of one seems fitting. 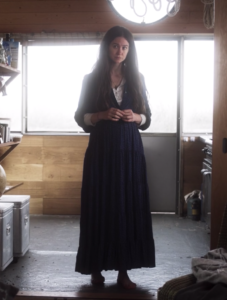 Helen is cautious of Jess but wants to help, and delivers her baby. In the aftermath, they are talking and Helen asks if Jason is the father. NOPE. Really?  Okay…but, really?!  She admits that Sam is the father (she doesn’t know who Helen is at this point) and that she wants him to come down from the Big House to see the baby. WELP, kinda tipped your hand, Jess. We know he’s alive now, that the island is still in turmoil, and that we have different descendants coming into play. This island is about to get even more chaotic. We leave off the episode as Helen and Sam reconnect and Lu escapes Jess’s knife-y clutches. Though there’s one bit I’m still confused about because previously Sam called Helen “Cass” and we’ve heard that called out a couple of times. Does she go by a different name to him? In all the weirdness that is this show, this is still the only thing I’m absolutely stuck on. Otherwise, I’m completely entranced and cannot wait to see how it all ends. I’m assuming at least one more death.  IN FACT, I’ll be disappointed if there isn’t at least one more death.

How about you? How do you think it ends? The Third Day concludes Monday, October 19 at 9PM.