This 23rd season of the long-running animated series ‘The Simpsons’ creator Matt Groening took comedic aim at HBO as well as it’s hit fantasy program Game of Thrones. In the episode, Crusty the Clown is trying to get his own show on the premium cable network “HBOTime” and durring the interview images of various television shows including Game of Thrones as well as The Sopranos fly across the screen!  Take a look at The Simpsonized version of Game of Thrones: 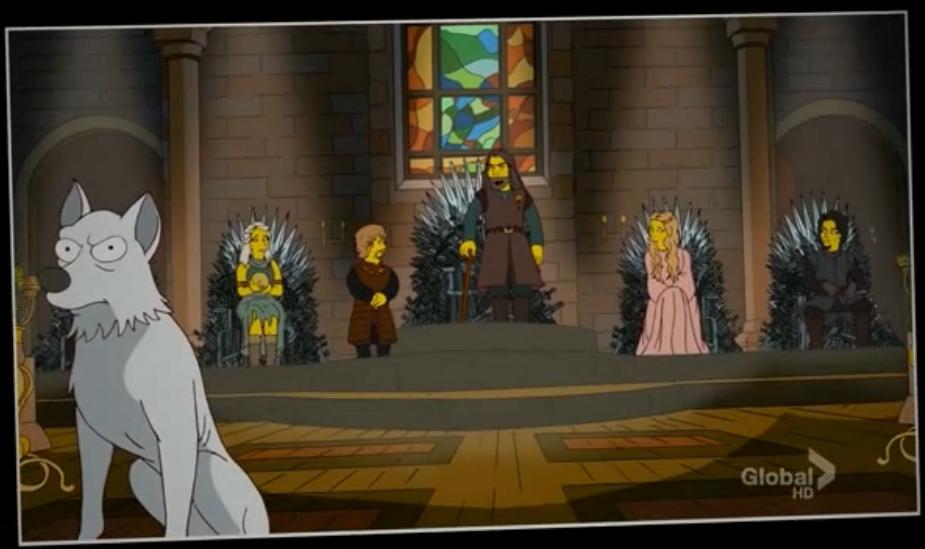 Is that FOUR.. wait…  FIVE thrones I spy in the background?  It looks like almost everyone has a chance at the Iron Throne in this characterized version of the show.   Grey Wind also looks vigilant as ever.

Check out the video clip below and skip to 00:20 for the scene.  The REAL Game of Thrones season 2 premieres on HBO this spring.