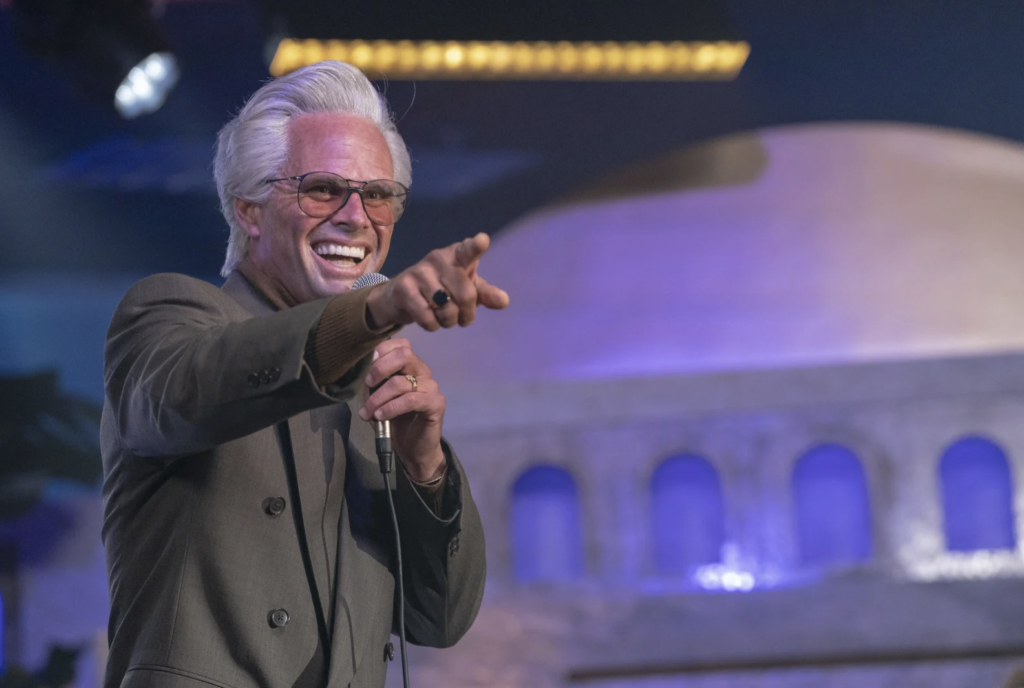 This week’s episode of The Righteous Gemstones brought in a brand new character and some more twists in turns in the Jesse and Gideon saga. Baby Billy Freeman, played perfectly by Walton Goggins, is the brother of Aimee-Leigh Gemstone and uncle to Jesse, Kelvin and Judy. He arrives with his much younger wife, Tiffany, in tow who seems to worship the ground he walks on, despite the constant asides about her appalling teeth. Baby Billy has been asked by Eli to be the head Pastor of the new Locust Grove church which is in a mall where a Sears used to be. As if it wasn’t clear enough already, one of the many aspects of Christianity that McBride is poking fun at is the concept that you pay for religious redemption. First the boatloads of cash that congregations hand over during services and now a church in a shopping mall, in a former store. Baby Billy even mentions that in a place you used to buy your appliances, you can now buy Jesus. To which the congregation responds with a rapturous ‘Amen!’

Meanwhile, Jesse is struggling to pinpoint his blackmailers and turns his attentions to his own inner circle. Without giving it a second thought he accuses his close friend, Levi (Jody Hill) which only starts to alienate him further. With his actual blackmailer living under his own roof, the truth shouldn’t be so far from reach. It is still unclear what Gideon has done to deeply upset his father to the point of disownment, but the wound is still very raw. Gideon slides back into family life as if he had never left while also meticulously taking stock of all his families valuables. When he returns to Scotty with a concise list of his father possessions and an estimated price he hopes that will be enough to satiate Scotty’s appetite for money. Scotty, who was seemingly unhinged before he was run over by a car and ditched by his girlfriend appears to be descending into madness while he waits for Gideon to seal the deal and get him his cash. The dynamic between he and Gideon is horribly toxic and it is curious to wonder how these two wound up in this situation together. 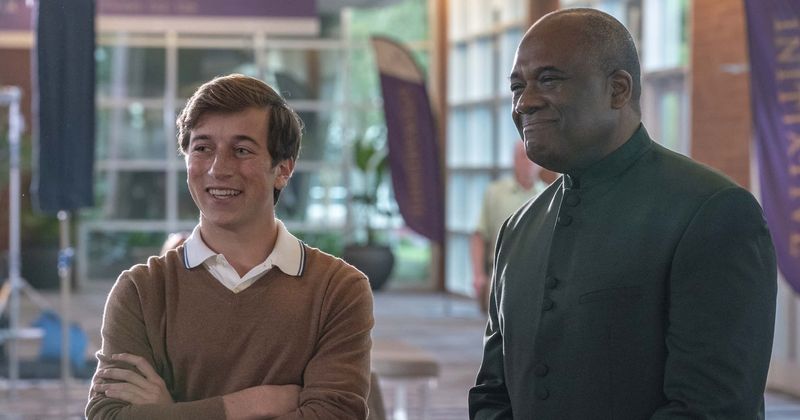 Eli Gemstone continues his feud with Jonny Seasons (Dermot Mulroney) as the new church opens its doors. Seasons leads an attack on the church which results in guns being pulled and threats being made. It has alluded to that Eli is struggling somewhat with his wife’s death and carrying the Gemstone name. He clearly has a pretty evil side to him, but he is grieving and grief makes you act very strangely and sometimes irrationally. He hasn’t been given the same amount of screentime as the others and we don’t really know who Eli is behind closed doors. The Eli we see is the head of the Gemstone family, the patriarch, the leader, but who is he really? 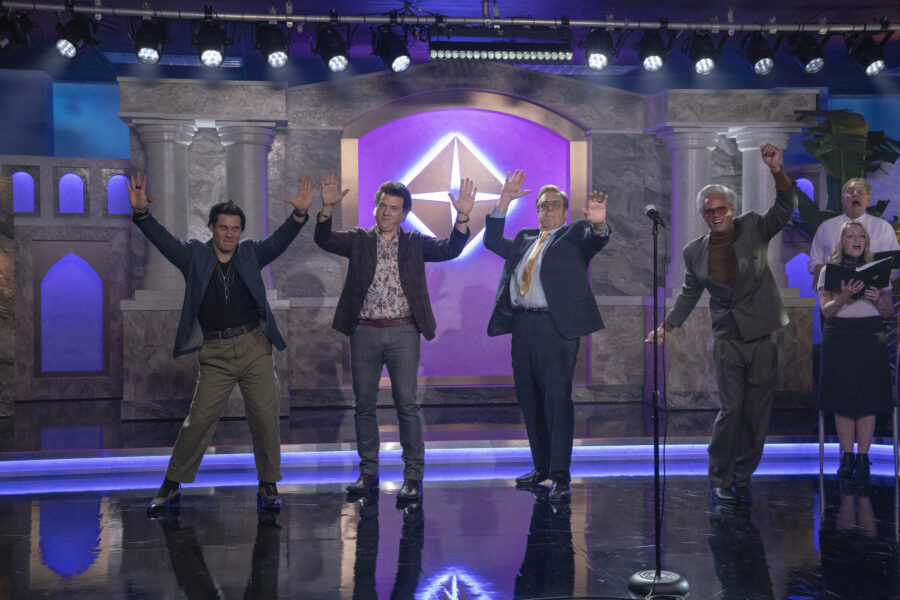 The Righteous Gemstones works in threes, an undoubted nod to The Holy Trinity; the Father, Son and Holy Spirit. You have the three Gemstone children, the three blackmailers, the three friends who Jesse snorted cocaine with, the three pastors that Eli has made enemies of, the three sons and now the three women; Tiffany, Judy and Amber. These sets of trios form the central conflicts of each episode and create something of a balance between opposing sides. There is no good and evil here, there is only evil and evil. None of the characters in this show have much of a chance of getting into heaven despite their status in the Christian community. The final scenes of this episode feel like they belong in a gangster movie, the actions of heavily compromised men with too much money, not the actions of good Christian, church-going citizens. Bringing violence into the church in this way feels like a deliberate stab at the current political climate in America and in particular the discourse surrounding gun control. In the last five years there have been significant shootings in places of worship; Charleston, Sutherland Springs, Christchurch.  Danny McBride has not shied away from incorporating politics into his shows and this Vice article poses some pretty solid evidence that Vice Principals was secretly all about Trump supporters, so this addition to the narrative feels like a deliberate effort to shine a light on a pretty hot topic. 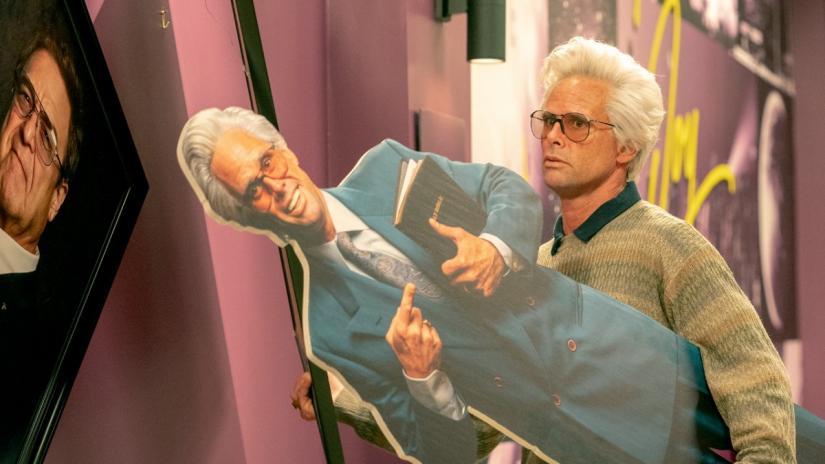 The Righteous Gemstones follows suit in having a poor depiction of women, much because it is part of the “misunderstood angry men” trilogy. It’s hard to know where women belong in this story and rather than having the women be part of the uprising who save the day, they have been represented realistically. Wives of powerful men often get pushed into the background of their lives, they become the homemakers and mothers while the men go out to work. Their jobs are limited to computers and telephones because that’s about all they can handle. It feels very old fashioned especially in an ever-increasing gender-equal world, but there is still a very long way to go. This simply highlights that further however it will be interesting to see how Judy develops, she is the only glimpse into what Aimee-Leigh was like. It’s hard to believe that she was as submissive as Amber is, especially as she is often pictured with Eli on stage, something Judy would never be allowed to do.

The character development continues to be the strongest element of the show as each character is tested. With so many strong characters it is difficult to give each one the screen time they deserve, for example, this week we saw much less of Kelvin and much more of Baby Billy. The week before we saw more Jesse and less Eli. Personally, I think each episode could do with much more Keefe. What do you think?