The name of the episode gives quite an ominous but spot-on reflection of events. Well, we start with Baby Billy (Walton Goggins) cruising down the road and getting a tad naughty with the wife. Shockingly, the driver getting fellatio was not the driver at fault in the ensuing crash. Nay, Scotty (Scott MacArthur), having just made away with at least a million in cash, was driving a tad recklessly.  I get wanting to get away from the scene of the crime but a tiny bit of discretion would go a long way.  A series of unfortunate events later, Baby Billy is the one rolling in cash and Scotty is kaput.

Gideon (Skyler Gisondo) is forced to come clean about things; well, not entirely. He chooses to not screw over Jesse (Danny McBride.)  In reality, he does exactly what his dad needs.  He forces him to make the choice.  Jesse can either continue living his lie or he can face up to what he’s done.  Jesse would always have to live with Gideon knowing if he said nothing.  But knowing nothing and feeling like something is messed up, Amber (Cassidy Freeman) tells Gideon to leave and that if that’s who he is, then she wants nothing to do with him. Cut to Gideon taking a big ole bullet for dad as he leaves and keeps his mouth shut. Jesse’s also forced to realize why everything happened in the first place which was blowing off his son to hang out with his friends and do terrible things. Jesse decides to come clean but in the tremendously heinous fashion of forcing all his friends to come clean too by inviting their nearest and dearest to dinner. What the actual f*ck, dude? Poor Levi doesn’t even have anyone to be mad at him. Amber keeps her composure until all the guests are gone. That whole scene was brilliantly acted by McBride and Freeman.  Freeman’s emotional switch from sad to angry to numb was played wonderfully across her face. 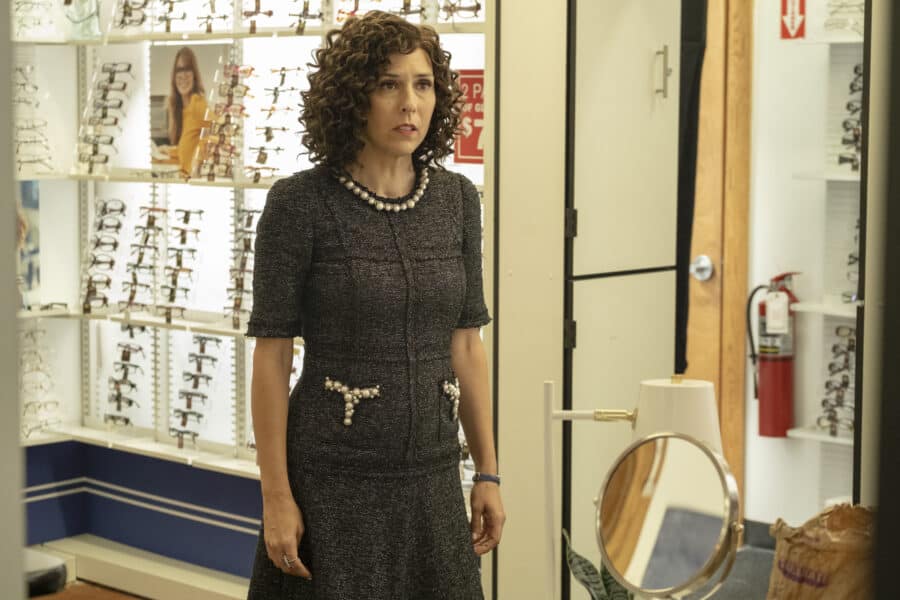 Also losing their cool in the background are Judy (Edi Patterson) and Kelvin (Adam Devine).  Judy got dumped by BJ (Tim Baltz) and then ditched by Baby Billy. She goes to attempt to win back BJ, only to unravel knowing how much she’s hurt him and how unhappy he was. She lashes out in a nice, grand Gemstone way resulting in a layover in a jail cell and Eli (John Goodman) paying off the cops. Kelvin is also struggling with his sense of belonging in the church and life. He gets nothing challenging or new.  He’s single and lives with his male best friend.  Or not even!  Keefe (Tony Cavalero) is just always chilling with him.  Drunk Kelvin admits maybe the family is being punished for everything.  Keefe tries to be a reassuring friend but Kelvin’s not in a place to hear it.  He tells Keefe to move along.  Papa bear Eli isn’t doing so great either, missing his Aimee-Leigh (Jennifer Nettles.)  He feels like he can’t keep the family going without her. I’m ecstatic to know we get at least another season with the Gemstone family.  I want to know more about Aimee-Leigh and why she’s gone.  And how the family was before she passed.

The Season One finale of The Righteous Gemstones comes up next, Sunday, October 13 @ 10:00pm.