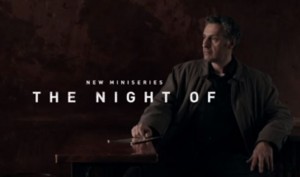 Though we have lost VINYL we still have other dramatic series to look forward to watching. The next on in our sights is Steve Zaillian’s THE NIGHT OF. Great anticipation seems to be building for it complete with some cryptic teasers  that we have shown. But now we learn that we can get an early peek at the limited series that debuts on 07.10.

Well, if you have HBONow/Go or On Demand that is. Here is a bit of news for those you cannot wait:

Starting this Friday, June 24, the first part of THE NIGHT OF will be available exclusively on HBO NOW and HBO GO, as well as on HBO On Demand and affiliate portals, more than two weeks before its on-air premiere.

Created by Steven Zaillian (Schindler’s List) and Richard Price (HBO’s THE WIRE), this eight-part limited series debuts Sunday, July 10 (9:00-10:30 p.m. ET/PT) on HBO. Starring John Turturro (O Brother, Where Art Thou?) and Riz Ahmed (the upcoming Star Wars: Rogue One), the show delves into the intricacies of a complex New York City murder case with cultural and political overtones. The story examines the police investigation, the legal proceedings, the criminal justice system and Rikers Island, where the accused await trial.

Evidently HBO supports and believes in this work and wants to tempt us with it a bit early. To help fuel that here are a couple of clips we have yet to feature. It starts with with one that just serves to set the mood for what goes down.

This second one is a full trailer.

Whoa! What they’ve been saying is true; this is TRUE DETECTIVE Season 3.  We see plenty of poor Naz in deep shit; a glimpse of the murder scene, John Turturro, and one big crime to be solved. Also to get us up to speed we include some thoughts with Zaillian as he talked with HBO.

Q: You have extensive experience in feature films, but this is your first TV project. Why did you choose this format? 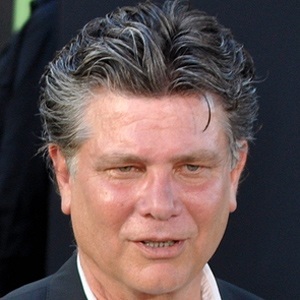 STEVEN ZAILLIAN: Historically, the kinds of stories I’m interested in have been made as films. Now, it’s TV. But since I’d had no experience in TV, I could only approach it as a film. A long film. Which is what Richard Price and I did with the writing. I didn’t begin shooting the episodes that follow the pilot until the whole thing was written. In films, obviously, you don’t shoot part of it, then write the next part and then shoot that. But in TV, that’s often done. It requires teams of writers, multiple crews and editors – and a lot of nerve, if you ask me. Financially it makes sense; it’s cheaper to do it like that, since time is money. But I can’t work like that, running ahead of a speeding train. HBO allowed me to make this like a film is made, to cast who I wanted to cast – many are feature actors – and to hire primarily feature film department heads. With a nine-hour film, there’s a lot to keep in your head. I thought of nothing else every day for about four years.

Q: How did Richard Price come to be involved in the project? What was the process for the two of you in collaborating on the storylines?

SZ: Originally Richard was only going to write the pilot and I was only going to direct the pilot. But in time, both us began to feel increasingly connected to it and what it could be, and less willing to entrust it to others, and wound up doing it ourselves. Richard wrote the first drafts, I wrote the subsequent drafts, and we both worked on the storylines.

Q: James Gandolfini was originally cast as the attorney. What convinced you to go ahead with the project following his passing? Did casting John Turturro in the role change your conception of the character?

SZ: James and John are both distinctive actors. They are also both great actors. Nothing was changed when the part went from James to John. The character was the character no matter who played it. I’ve admired John Turturro’s work for more than 25 years, since “Do the Right Thing,” and thought about him for the role even before James was involved. The fact he wanted to do something in TV at the same time I did was lucky timing. 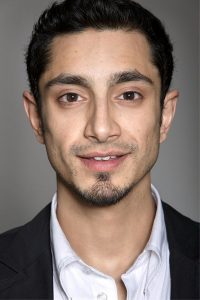 Q: Riz Ahmed’s (pictured) believability in the role of Naz is essential to the story. He is not unknown, but was much less-known when shooting began. How did you learn about him?

SZ: The role of Naz wasn’t easy to cast, to understate it. It’s a very demanding and nuanced part. I looked for a long time before finding Riz. At the time, all I’d heard about him was that he was in a not-yet-released Mira Nair film called “The Reluctant Fundamentalist.” I went on YouTube to find something else he was in and saw a clip of a film he’d done called “Four Lions.” I thought he was very good in the scene, and so had him audition. That did it for me. I could see him as Naz. Other than John, everyone auditioned. We’re talking about something like 220 speaking roles. I saw several actors for every part, no matter how small, because they are all important, even if it’s just one line. It took a lot of time, but I can say there’s no one in this that I wish I’d cast differently.

Q: Although THE NIGHT OF can be seen as basically a crime story, it’s probably impossible to avoid political overtones in today’s social climate. Do you see an underlying message in the story?

SZ: It’s a crime story, a police story, a legal story, a corrections story. You make a story about all that, tell it honestly, and it will naturally be a social story. But none of that is going to be interesting if you don’t tell it with characters who are interesting. Every character in this has their own life and story and concerns and reasons for why they do what they do. No one is written to get you to empathize with them, or to represent something, or to be a hero or a villain. They are simply meant to be real. In my experience, no one ever really says what they mean, so my characters don’t either. What they do is react to and interact with the situations facing them in a natural, unsentimental way, and in doing 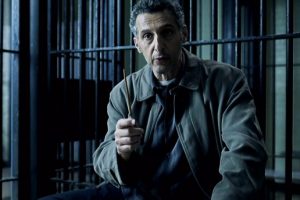 that, reveal themselves, and hopefully some kind of understanding comes of it.

Q: Looking back at the evolution of THE NIGHT OF, what was the most satisfying thing about it?

SZ: I’m proud of everyone who worked on it, who cared about the job they were doing and did that job well because they felt it could be good.

And by all looks and appearances it is indeed ‘good.’ Check out the premiere starting 06.24 or wait if you can until the eight-part series debuts on 07.10 on HBO.