Here is the announcement straight from an official press release:

HBO Sports and NFL Films are partnering with the Detroit Lions for an unfiltered all-access look at what it takes to make it in the National Football League with HARD KNOCKS: TRAINING CAMP WITH THE DETROIT LIONS. The five-episode season debuts TUESDAY, AUGUST 09 (10:00-11:00pm ET) with additional hour-long episodes debuting on subsequent Tuesdays at the same time, culminating in the September 6 season finale. The first sports-based reality series, and one of the fastest-turnaround programs on TV, will debut on HBO and be available to stream on HBO Max. 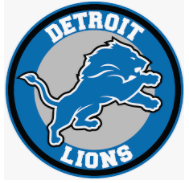 HARD KNOCKS: TRAINING CAMP WITH THE DETROIT LIONS will mark the 17th edition of the 18-time Sports Emmy-winning series and the most acclaimed serialized sports series on television. HBO has aired 82 memorable episodes and one anniversary special in its first 16 seasons

“We are excited about the opportunity to showcase the City of Detroit and the amazing culture we are building at the Lions,” said Detroit Lions Team President and CEO, Rod Wood. “HBO Sports and NFL Films are the best of the best and we know they will be excellent partners in sharing our story with football fans around the world.” 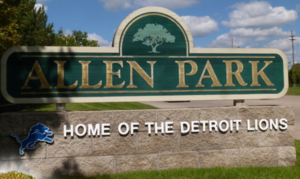 marking his 16th season with the show.

“As Hard Knocks enters its third decade inside NFL training camps, we are both thrilled and thankful for the opportunity to feature a historic franchise like the Lions,” said NFL Films Vice President and Senior Coordinating Producer, Ken Rodgers. “The city, the culture and the coaching staff in Detroit all have an exciting energy that will make the show must-watch television this summer.”

A 30-person NFL Films crew will be at Lions’ training camp in Allen Park, shooting more than 1,750 hours of footage over the course of the series. Camera and sound crews will have unencumbered access to players’ and coaches’ meeting rooms, training rooms, living quarters and practice fields.

The Lions will have a chance to roar this fall with HBO Sports’ HARD KNOCKS franchise. Mark your calendar Detroit fans.