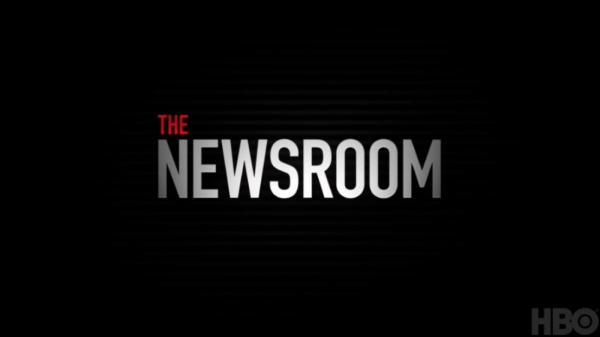 Are you a fan of Aaron Sorkin? Or Jeff Daniels? Or Sam Waterston? Or any of the stars on ‘The Newsroom’ cast? [amazon_link id=”B0092QHXZS” target=”_blank” container=”” container_class=”” ]Preorder your copy of The Newsroom DVD/Blu-Ray Combo[/amazon_link] and relive some of the greatest moments in one of HBO’s most celebrated yet controversial new series.

‘The Newsroom’ takes us behind-the-scenes at ACN, showcasing the tumultuous nature of delivering the news in a responsible, informative and entertaining way. “It’s impossible,’ says Will McAvoy (Jeff Daniels), our disgruntled yet sullenly affable protagonist. But ACN’s newest Executive Producer, MacKenzie McHale (Emily Mortimer) thinks otherwise. The two light up the screen with witty, fast-paced dialogue, constantly at one another’s throat. This complex relationship is one of many that make life at ACN so difficult. McAvoy’s ‘mission to civilize’ covers some of the biggest stories from the past 3 years – from the BP oil spill, to the Casey Anthony trial, to the assassination of Osama Bin Laden. McAvoy is indifferent when it comes to political parties. His job is to report the news based on facts, and more importantly, on whats right and fair. But nobility only goes so far in cable news. Ratings, focus groups and political allegiances are rooted deep in ACN’s hierarchy. Espionage, information, disinformation, back stabbings and questionable loyalties are just a handful of the problems that McAvoy and the rest of the ACN news team must overcome. 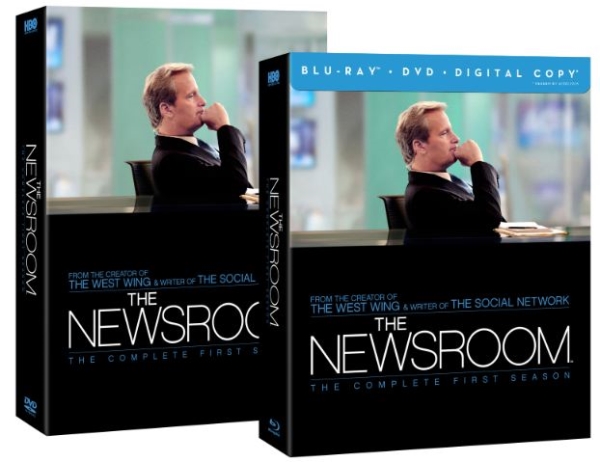 – MISSION CONTROL – A behind-the-scenes look at the state-of-the-art sets with the cast and crew.

– INSIDE THE EPISODES – Get the inside perspective on each of the episodes with revealing interviews from Creator and Executive Producer Aaron Sorkin.

Keep in mind, these Special Features are only available on Blu-Ray. I don’t understand why they couldn’t include them on DVD or Digital Copy, but thats just the way it is, no sense in complaining about it. The Deleted Scenes are nothing to rave about. It’s mostly just a compilation of tiresome arguments over office romances. Some of my favorite features dealt with the production aspects of the show. It’s always interesting to see how the actors and decision makers end on a final product. Mission Control is a great feature that takes us back stage to the various sets of the ACN newsroom. Set design and deleted scenes are all well and good, but the best feature this package has to offer is The Rundown. Aaron Sorkin dives into his creative process and sheds some light on the inner struggles and motivations of our characters. Likewise, the actors themselves give voice to how drawn they are to some of these heavily flawed characters and the difficulty that comes with portraying them. This feature is particularly enticing due to the heavy scrutiny surrounding Season One. You can tell with each response how invested both actors and producers are when it comes to producing a quality series. The Rundown alone is worth the purchase.

Season Two of ‘The Newsroom’ premiers July 14, 2013. [amazon_link id=”B0092QHXZS” target=”_blank” container=”” container_class=”” ]Preorder your copy here[/amazon_link] and catch up with Will McAvoy and the rest of the ACN news team on three separate formats – Blu-Ray, DVD and Digital Copy.