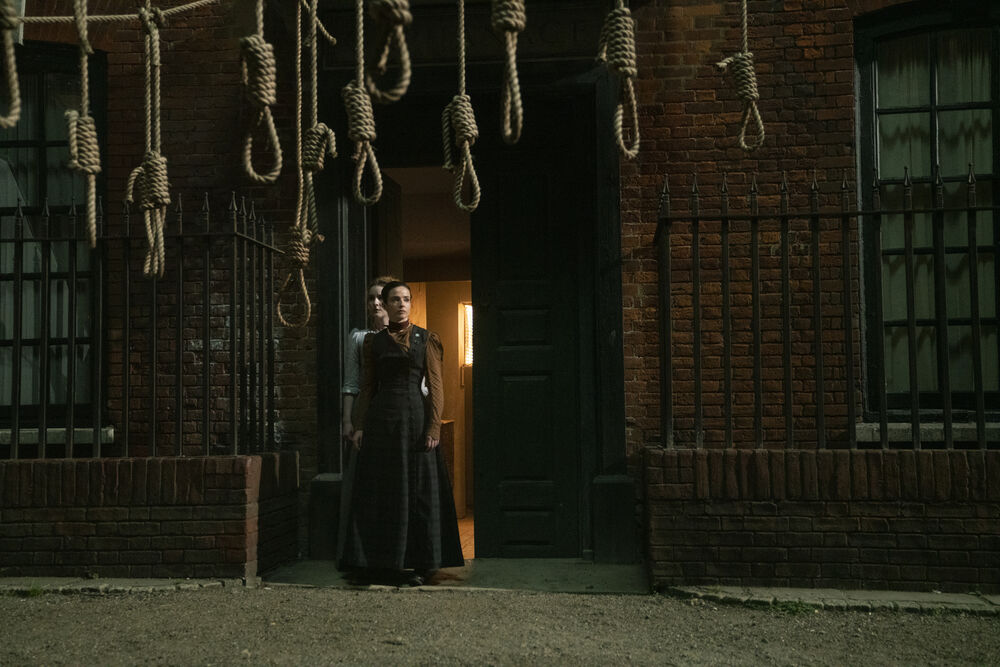 We’ve reached a critical junction as we approach the breaking point for this first half of the season.  We’ve uncovered more essential information but it’s a fork in the road for our group, as they must choose which path they want to take.  They can help Amalia (Laura Donnelly) get to the underground orb and free it to connect with the Galanthi or go with Penance (Ann Skelly) as she attempts to free Maladie (Amy Manson) from her execution.  Hard to wholly see eye to eye with Penance, especially regarding how many bodies Maladie has been piling up, but she’s right.  Maladie isn’t being executed for the heinousness of her crimes.  She’s being executed because she’s Touched.  It’s a full-on public spectacle.  The Touched are not going away, in fact they’re becoming more and more normalized.  How’s a city to combat that?  Well, public execution of course!

Meanwhile, Amalia and Horatio (Zackary Momoh) are continuing their dalliance.  Oh dear, I have a feeling this will end badly.  Though he’s on her side when it comes down to saving the day.  But I have a feeling I missed something?  I’m not exactly sure when we learned the name Galanthi…I mean, I know I don’t always pay the best attention but I seriously don’t remember the reference before this episode.  But I guess that’s what they are called and the orb will help figure out the plan.  And even Augie (Tom Riley) is in it to help, though he doesn’t pick Penance’s team.  Oh no, trouble in bird loving paradise?  Shouldn’t be, as long as Augie keeps his bird eyes to himself.

As for his sister, Lavinia (Olivia Williams) is in an interesting spot wanting to press forward with the orb.  She wants it destroyed.  It’s cracked, shouldn’t be too hard, right?  Well, her doctor buddy (Denis O’Hare) who loves torture admits he doesn’t want it destroyed, also they wouldn’t be able to anyway because it’s alien and obviously they won’t be strong enough.  But the orb is reacting now, ebbing and flowing light.  It’s awake and causing a scene.  Speaking of causing a scene, Beggar King (Nick Frost) is on his toes for the execution, having hanging Maladie puppets made.  Classy.  He gets a visit from Lord Massen (Pip Torrens) who essentially admits to their role in Mary’s (Eleanor Tomlinson) death, having previously denied it to Amalia.  Massen wants the Beggar King to continue causing just enough chaos.  Woah, Massen.  You don’t need anyone else for that because there’s Maladie afoot. 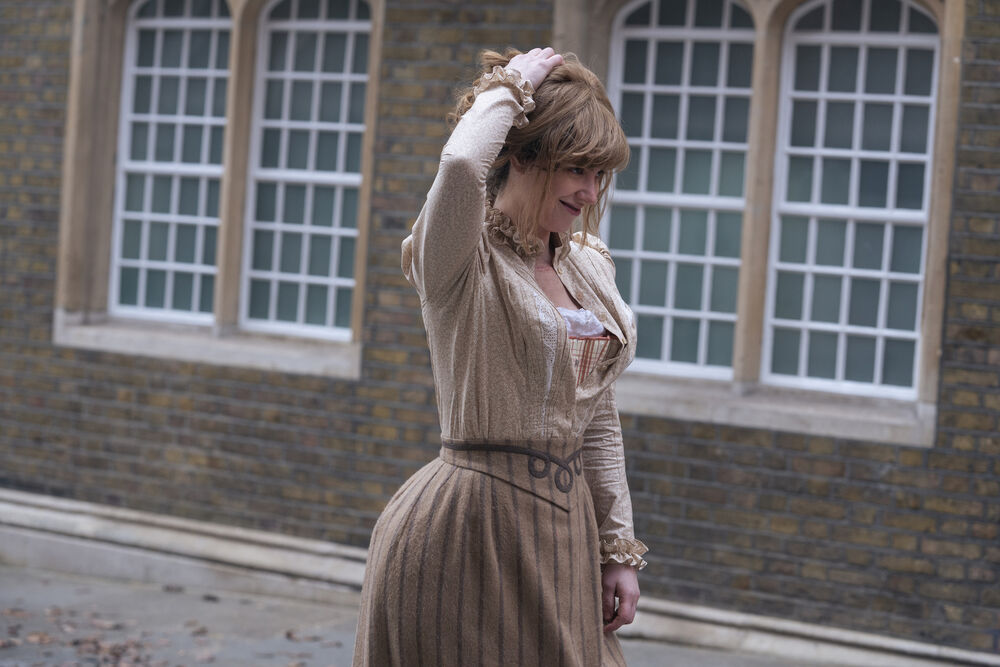 The group splinters and some head out to save Maladie.  Penance has a whole plan, and honestly, it’s not the worst plan.  She just didn’t expect Maladie to well…want to die.  Or does she?  The reporter covering Maladie and wanting to get access looks SHOCKINGLY similar and I have to admit, I didn’t know the full plan but I clocked her early on.  Only the most diabolical trap laid out to capture and kill everyone who came to see her hang.  Brilliant turnaround, honestly.  Maladie may be deranged, but she is not dumb.  She’s clearly quite bloody clever though I’m not sure how much that cleverness extends beyond murder habits.  But the biggest moment was when Harriet (Kiran Sonia Sawar) saved the day and then…I gasped so loudly that my boyfriend hoofed it from the other side of the house to check on me because he thought I might be hurt or dying.  Only on the inside, love, though I thought Harriet might as well.  We see the briefest moment of Maladie having empathy and, honestly, I want to understand more of this villain.  She’s crazy and brilliant and Touched and I just want more!

This coming Sunday will be the finale of the first half of the season.  We’ll get to see how the other fork in our road played out as Amalia and her crew seek out the orb.  They came back looking a little worse for wear.  Not nearly as bad as some, but we’ll have to wait and see what really went down.  Where would you have gone?  With Amalia to connect with the Galanthi or with Penance to save Maladie?  But more importantly, will you be tuning in on Sunday, May 16th at 9 PM EST to see for yourself?