HBO’s biggest hit in history “Game of Thrones” already concluded 4 months ago, but now that the 2019 Emmy Awards are behind us I think it’s a great time to look back at all the achievements the show managed to gain throughout the years. What makes “Game of Thrones” different than many popular series or blockbuster movies is that besides the huge fan following it generated among the audience it was highly appreciated and respected by professionals and critics alike and was considered, by all means, a prestige product through and through.

There’s no actual definition to which award ceremony is considered “legitimate” and which is just a group of people deciding to pick their favorites, but on a quick overview on IMDb, it’s listed that among all the Award shows this site documents GoT has a total of ~900 nominations in its 8-seasons run, with around 350 of them that they ended up winning. This number, to put it bluntly, is simply insane. You can go through every acclaimed show you know- if it’s “The Sopranos”, “The West Wing”, “Mad Men” or “Breaking Bad”, none of them has a number that’s even close to this count— and keep in mind, it’s the very same pool of awards IMDb documents across all shows. If we choose to zoom in on the prestige ones, mainly those given by professionals from the industry, GoT did pretty amazing in particular.

Let’s start with the Television Academy Awards- God, I just love the Emmys. They built their love towards the show slowly but steadily, by granting the first 4 seasons of the show awards mainly from the Creative Arts categories, for the people working behind the curtains on the technical aspects of the show. Once the undeniable masterpiece “Breaking Bad” left the building, the love the Academy held for GoT completely blown up in the big and central categories as well- and right now it holds the record of the most wins in history for a scripted series- with a dazzling 59 trophies. I remember waking up at 3am at September 2015 to watch the ceremony, and I just couldn’t believe what I witnessed. The show won a total of 12 Awards, including the major categories of Outstanding Drama Series, Writing, Directing and Supporting Actor for Peter Dinklage- and with that set a new record of most wins by a show in a single year. The year afterward it managed to tie its own record with another 12 wins- 6 of them for the legendary “Battle of the Bastards” episode alone, including Writing and Directing, that made this episode the most awarded single episode in Emmys history. For Season 7, the show won the long-overdue Outstanding Music Composition Emmy for the first time, an event that repeated just last month for Season 8. Season 7 racked a total of 9 Awards, which might sound not so much in comparison to the previous two years, but it still a very good number compared to how other classic shows fared in history.

But I must admit that the moment that made me the proudest in the Television Academy the most was just this year, when they declared they do not subscribe to the excessive hate-bandwagon that took place on Social Media regarding the show’s final season, and appreciate it for the monumental achievement in television history that it was- giving it 32 nominations (the most any show ever received). Last month it reclaimed its records once more with 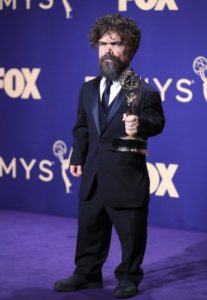 12 Wins in total, including the prestigious “Outstanding Drama Series”. In fact, the divisive final season of GoT is actually the most awarded final season of any show in history, a trivia I find satisfyingly ironic. By remaining as Academy-acclaimed as always even in it’s divisive final season and having its legacy cemented in history, I find hope in the notion of people may be watching the show years from now without all the internet-buzz looming in the background, and by that coming more open-minded towards the final episodes and in a much less cynical approach. By granting the show the “Outstanding Drama Series” Emmy for the fourth time, GoT joined the exclusive club of only four other shows (including classics “The West Wing” and “Mad Men”) that reached this highest ever number of wins in said category. Peter Dinklage also repeated the Supporting Actor win for the fourth time this year, beating Breaking Bad’s Aaron Paul’s previous record and making him the actor that won this award the highest number of times. Alas, it’s sad to think that Peter Dinklage remains the only cast member to win an Emmy for GoT– with the most notable snub, in my opinion, being Lena Headey. This year the cast managed to get 9 acting nominations in total, an impressive number for a show of any kind, which might at the bottom line split the votes among its nominated actors and cost them the trophy. Ideally, wins are what they are all after, but nominations count as well. And in that aspect GoT holds another record- the most Emmy nominated show in history with a total of 160 nominations.

Let’s be frank, the Golden Globes never cared much for GoT. Besides one win for Peter Dinklage in the first season, the show didn’t win any other GG, and was even dropped from contention for the Drama Series Category one time- But considering it’s an award granted by critics, you never really know what to expect. Nevertheless, the Emmys are far from being the only place that showed GoT love throughout the years. Miguel Sapochnik and David Nutter both won the Director’s Guild Award for seasons 5 and 6, the show won Producers Guild Award once and was nominated for the Writers Guild Awards many times. Basically every possible guild you never heard of awarded the show at some point, if it’s Cinematographers, Costume Designers, Visual Effects or even the Location Managers’ Guild. The show won the MTV awards, if for some reason that’s your cup of tea, and on the other side of the spectrum won the BAFTA at some point and was even nominated for a Grammy (besides many other places where Ramin Djawadi was awarded for the soundtrack). On the audience side, for example, it holds the record of most wins in the Drama Series of the Year category at the awards experts’ site Gold Derby and many user-generated awards alike. Frankly, it will become extremely boring to start pointing out names of different awards now, but you probably got the point already- the show did amazingly well among professional voters and fan polling all the same.

On the same note, not only awards are indicative of a show’s success. While no trophies were given at any of these scenarios, GoT managed to do wonders even when it comes to its fan following. Every year the show broke new viewership records at HBO and several episodes of it, not even only the notable ones, managed to beat the years-old ratings record the Sopranos finale set. Ever since around Season 5, it was also reported as the most illegally torrented show of every year and also the most engaging one on social media- yes, even when the internet hive-mind had good things to say. Exhibitions and concerts of the show flourished across the world, and many fans took guided trips in certain places of Ireland, for example, where part of the show was filmed. And that’s without even starting to talk about the ultra-fans conventions taking place all over the world. 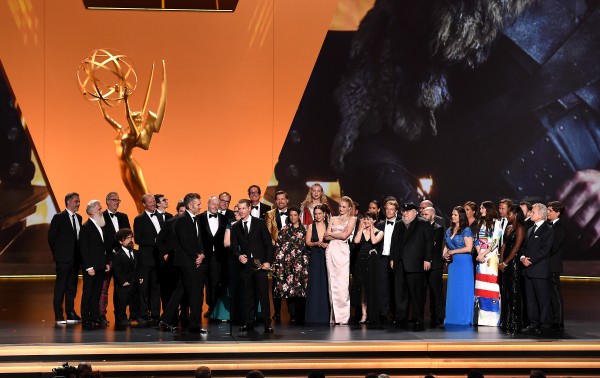 Of course, nothing is 100% over yet. Every few weeks there’s a new award ceremony of certain sort, and there are many still ahead of us- like the SAG Awards, Golden Globes, Director’s Guild, Writer’s Guild, and maybe even the Grammys again- all regarding the final season. It will actually be a long time until we can completely put GoT behind us, but if we take a look now, GoT managed to achieve more than any show ever did- in all sorts and types of awards. With a total of 6 Emmy awards solely for GoT, there’s only one writer/show-runner in history (Matthew Weiner from “Mad Men”) that got more Emmy Awards for his show than GoT’s dedicated Benioff and Weiss, that in a few weeks from now will also be awarded the “Founders Award” at the International Emmys Ceremony- a special award granted to very specific individuals that made an extraordinary mark on the TV landscape. After that Benioff & Weiss will officially tie Weiner’s record, and also bring the show’s total Emmys count to a nice rounded 60. I think this specific event can serve as a nice bookend to this chapter in television history, which will really signify everyone’s gratitude to HBO, David and Dan, and the entire cast and crew for all the joy they granted us in the last decade with this legendary series. We shall never see it’s like again.