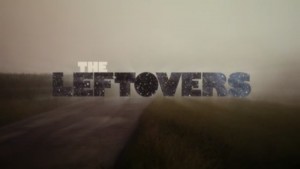 If you think about THE LEFTOVERS it makes perfect sense. The show is heading for Australia in its final season. After all, there have been a few references throughout the show regarding The Land Down Under, so something is going on there.

The Hollywood Reporter broke the exclusive and stated –

Sources say the third and final season of the HBO drama will take place in Australia, both on- and off-screen, due to an upcoming storyline in the show. Production will pick up where it left off last season in Austin, Texas, before going down under.

From Season Two this writer can readily recall two incidents linked to Australia. The first took place in the sixth episode entitled “Lens.”  In that episode a scientist, hailing from Australia, is seen in Jarden, Texas. He tracks down Nora Durst (Carrie Coon) to find out more about her. He wanted to see if she was possibly a “lens” or a conduit for enabling others to depart (in light of what happened to her husband & kids) and assumedly Evie Murphy (Jasmin Savoy Brown). She rebuffs him which is followed by a mysterious phone call explaining the reason for his visit and the “lens theory.” She would have none of it, but she was clearly conflicted over the accusations of being harmful. 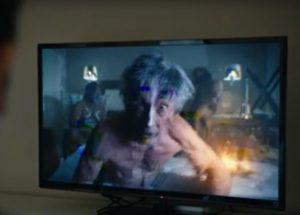 The other incident worth citing is the odd communication Kevin Garvey Jr. (Justin Theroux) had with his father Kevin Sr. (Scott Glenn) in the eighth episode “International Assassin.” If you recall Kevin Jr.’s trip to death had him slipping out of the bathtub in a fully furnished hotel room. Somehow via the room’s TV Kevin had a communication from his father who was in the middle of some aboriginal experience in a matching room in Perth. It was Kevin Sr. who told him to take Patty to the well. Remember all that? Yeah, it was all weird but memorable.

So why Australia? Kevin Sr. wanted to go there; scientists are from there and now it appears our main characters are heading there. Which leads us to wonder if the big extended Garvey/Jamison family are all going Down Under? How will Meg (Liv Tyler) factor in, if at all? It opens so many questions and seems like a logical direction to take the story in its concluding season. Will Lindelof and Perotta have a change of heart and reveal that the answer to the Sudden Departure lies in Australia?  We eagerly await the answers. We eager wait for the return of THE LEFTOVERS. Do you?