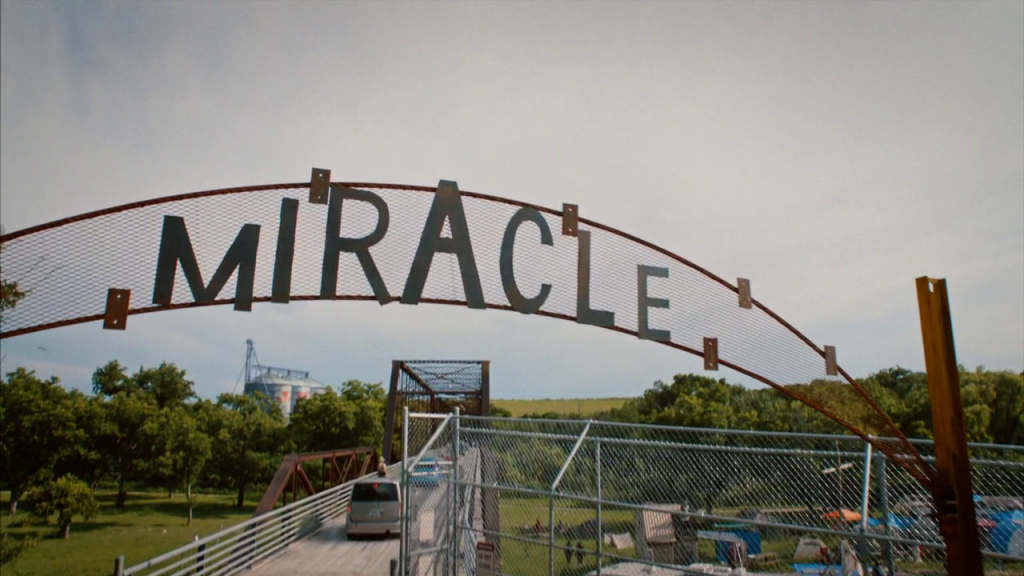 Since its start, The Leftovers has never shied away from the superstitious or the unexplainable. After all, the series itself is rooted in the confusion and heartache that resulted from the disappearance of 140 million people on October 14, 2011. Much like its first season, season two of The Leftovers focuses on the psychological and emotional effects this unexplained event has on those “left behind” rather than providing an explanation for the event itself, and herein lies the show’s success. We are not expected to chase down numerous red herrings searching for an explanation, because that isn’t the point. The Leftovers invests us fully in the lives of those coping with their losses, and “Lens” is possibly one of the best episodes in the series so far to do so. In case you missed it, here is our review of last weeks episode to catch you up. 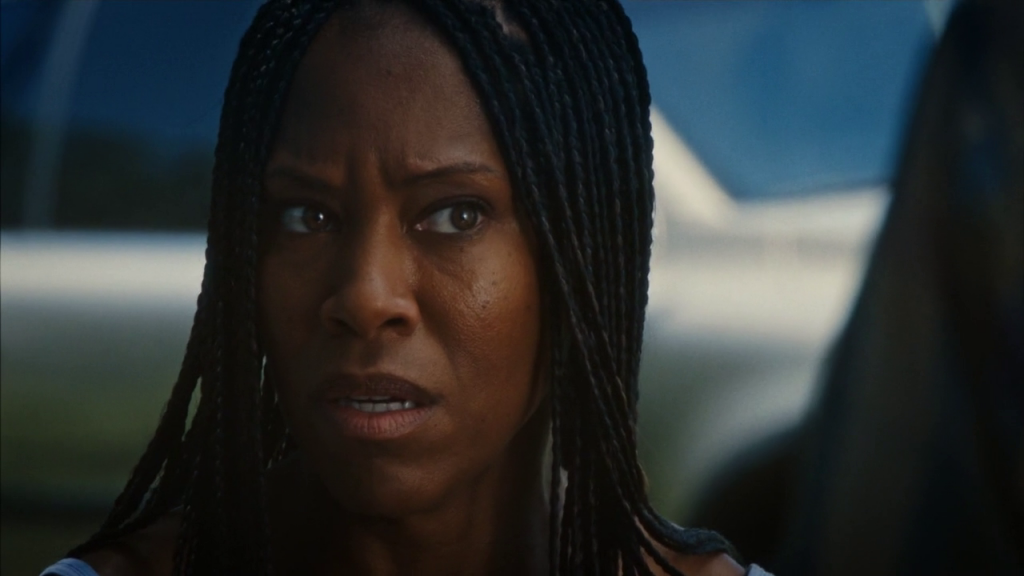 Regina King, who plays Erika in the series, is an absolute revelation this episode. We’ve seen her evolve over the course of season two, and if her daughter’s disappearance wasn’t enough to send her over the edge, then her husband’s penchant for violence, a goat sacrifice at her missing daughter’s fundraiser, and a particularly heated conversation with Nora definitely did the trick. Much has changed since we met the Murphy family in the first episode of the season. The image of a happy yet mysterious family has shattered with the revelation of Erika’s impending divorce and the guilt she feels for being responsible for Evie’s disappearance—in her eyes, that is. In the first episode of the season, we see her dig up a bird in the woods before it flies away. Erika reveals to Nora in this episode that this was based on folklore her grandmother taught her, in which you bury a live bird anywhere in the woods in Jarden for three days and make a wish after digging it up on the third day. If the bird is alive after three days, the wish will come true. Erika didn’t believe this growing up, until she tried it for herself several days before Evie’s disappearance. Fearing for Evie’s emotional stability, Erika wished for Evie to be okay without her after she left John, and the following night, Evie disappeared. Erika has struggled greatly with this, believing her actions caused Evie to vanish. During a fundraiser being held to raise money to find the missing girls, Erika lashes out when Jerry—the man with seemingly endless goats—walks into the fundraiser to perform his daily goat sacrifice. It is here that we learn that the town of Jarden is performing daily rituals in which they imitate the day of the Sudden Departure, in hopes of being kept “safe.” Regina King delivers her most powerful performance during this scene, declaring to the entire town, “We are not spared. We are not safe. My daughter is gone… she departed.” 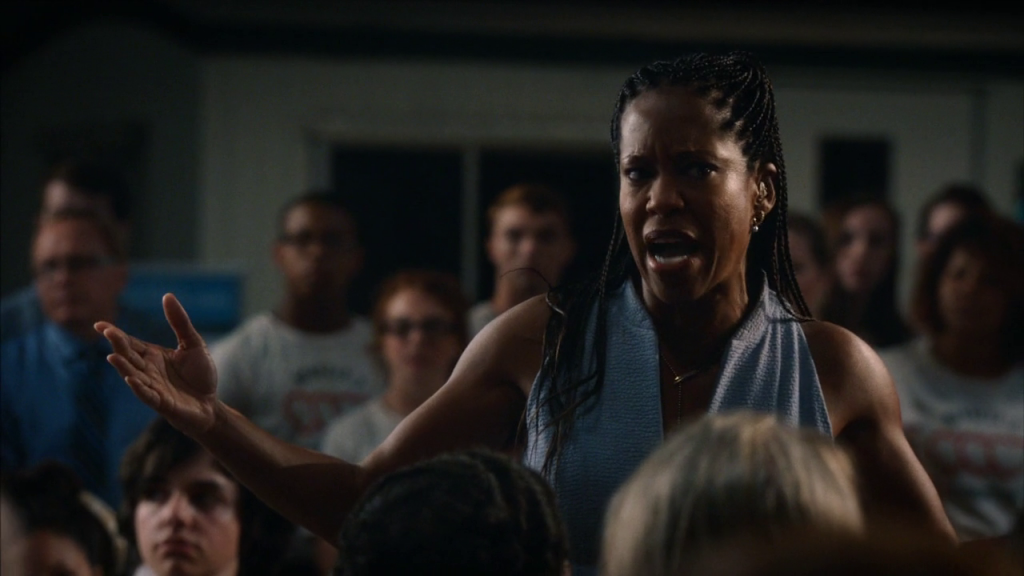 Nora is the other powerhouse behind “Lens,” particularly considering how far she’s come from, being broken and isolated in season one, to building a family and truly connecting with others in season two. That is not to say she isn’t still suffering in her own way, evident by vandalizing the Murphy’s home by throwing a rock through their window and later stealing the new DSD questionnaire in hopes of discovering new theories behind the Sudden Departure. She learns about “the lens theory” from a DSD agent attempting to gather data in Jarden, pertaining to the three missing girls and the possibility of them being “secondary departures.” After being harassed at the start of the episode by a scientist, Nora receives multiple phone calls from a woman working with Departure theorists investigating “lensing.” According to the man from the DSD Nora speaks to, the theory states that certain individuals give off UV rays, which may be linked to primary and secondary departures. Though secondary departures have not been discussed in great detail as of yet, chances are the disappearance the three girls will make this a bigger part of the series, not to mention Nora’s troubling phone call in which a departure theorist tells her she believes Nora is a lens. This, of course, should be taken with a grain of salt, considering the woman tells Nora, “The demon Azrael has chosen you as his earthbound instrument. This entity resides in you through no fault of your own and is responsible for the chaos that surrounds you.” Nora seemingly laughs this off and hangs up as the woman begins discussing her sources at the Vatican, but Nora’s laughter soon turn to sobs. Whether or not she believes being a lens is caused by UV rays or a possessive demon doesn’t matter, because the lens theory in itself is what Nora has feared all along—that she is responsible for the disappearance of all her loved ones and could possibly be responsible for the disappearance of others. This drives her to secretly steal the new DSD questionnaire during the fundraiser and subsequently visiting Erika to ask her the questions.

Aside from the fundraiser, the conversation between Nora and Erika is arguably one of the greatest and most intense scenes in The Leftovers so far. Underneath the surface, Nora is angry with the Murphy family. She moved to Jarden and spent three million dollars on a dilapidated house to feel safe, and the same day she moves there, Evie goes missing. The possibility of her being a lens also weighs down on her greatly, and any sense of security she was clinging to has demolished. The Murphy family is her outlet for her anger and frustration, much like Erika’s outlet is Nora after she administers the questionnaire. Each woman feels a sense of responsibility for the departure of their respective loved ones, but rather than finding solace in each other, their grief is too much of a weight to bear. They have conflicting views on what could have caused the disappearances, and this leads to a fiery exchange between the two until Erika snaps and forces Nora to answer the same painful questions she is administering. This escalates to Erika casting the final stone, quite literally, as she flings a rock through the Garvey’s house just as Nora did earlier in the episode. This will undoubtedly spark a war between the Garvey and Murphy families, and with only four episodes left in the season, we can expect a very quick escalation. 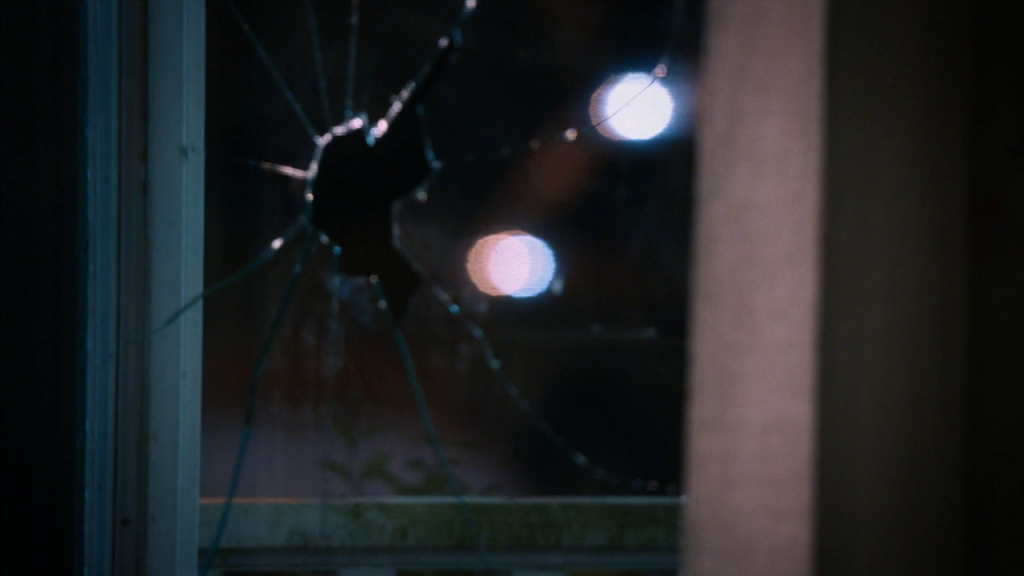 Despite “Lens” being focused keenly on the two leading ladies of the series, Kevin’s revelation at the episode’s end is also a key point of the season so far. He finally reveals to Nora that he’s seeing Patti, and apparently she’s not very happy about the situation. Nora is understandably puzzled by Kevin’s revelation but patiently listens and asks him about his hallucinations. Patti’s relevance has yet to be seen, but considering her omnipotent-type knowledge, she’s bound to continue being an important part of the season. Let’s just hope she doesn’t drive Kevin to insanity in the process.

If I’m being completely honest, “Lens” is my favorite episode of The Leftovers to date. Regina King and Carrie Coon are extraordinary and emotionally captivating every second they are on screen. With its phenomenally gripping storyline and brutally complex characters, The Leftovers is truly unlike any other series on television right now. If you have any thoughts or observations on the episode or this season, be sure to drop them in the comments section below!

Here’s a preview of next week’s episode, “A Most Powerful Adversary.”