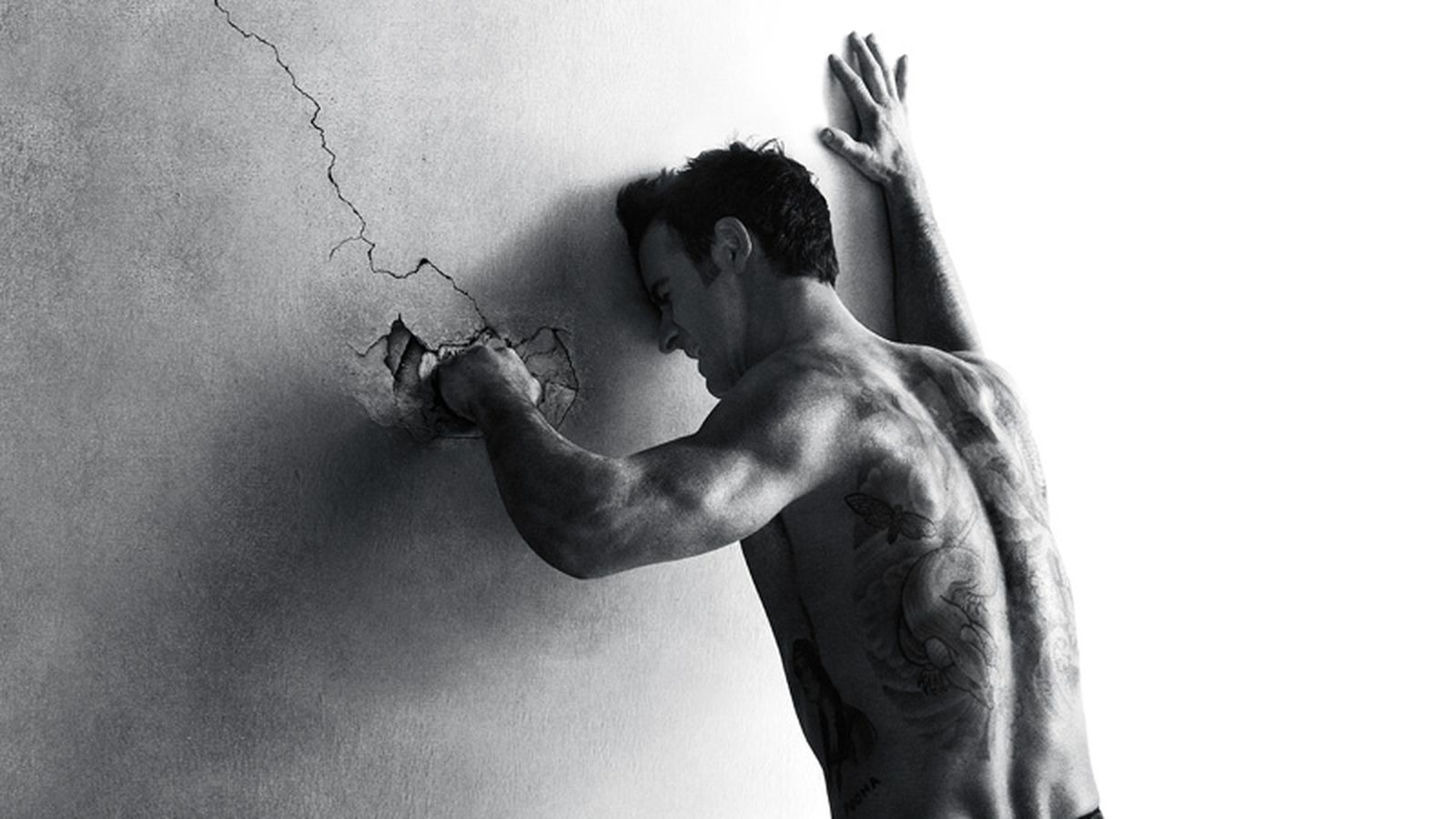 The nominations for the 2016 and 68th Primetime Emmy Awards® are out, and once again HBO boasts a mightily impressive number of nominations with 94, more than any other network. As anticipated, the nominations list includes HBO favorites and award winning shows such as Game of Thrones, Veep and Silicon Valley. Whilst HBO’s dominance is a cause for celebration, there are some notable omissions from the nominations list. Every year there are numerous shows that are deemed to be overlooked, and this year is no different, with shows such as HBO’s own popular and rejuvenated show Girls missing the cut. Yet it is the frequent exclusion of HBO’s The Leftovers from major award ceremonies that leaves its fans continuously disappointed. The highly rated (yet not Emmy nominated) series will soon enter its third and last season, but like the show’s leading event of the’ Departure’, The Leftovers lack of higher appreciation is a mystery, at least from an award perspective.

The Leftovers is based on a novel of the same name, written by Tom Perrotta, who helped create the show alongside well known television veteran Damon Lindelof (Lost). The events of Season one begin 3 years after a worldwide event, that sees the departure and sudden disappearance of 2% of the global population.

Season one follows the aftermath of the major event in the fictional town of Mapleton, New York, its community doing its best to cope with the mysterious and divisive happening. The focus family, the Garveys, struggle to adapt to the event’s repercussions. Chief of police Kevin Garvey (Justin Theroux) struggles to balance the responsibilities of his work and his dysfunctional family life. His wife Laurie (Amy Brenneman) has left him and joined a cult named the Guilty Remnant, his relationship with teenage daughter Jill is fractured, her hedonistic-like teenage tendencies hard to control, and his son Tom (Chris Zylka) has long left home. The mood is melancholic, the daunting and deep questions the Departure has produced visibly and uniquely ingrained into the thoughts, desires and actions of each and every person in Mapleton. Other notable residents include Nora Durst (Carrie Coon), who has lost her entirely family from the Departure, and her brother Rev. Matt Jamison (Christopher Eccleston), whose faith is tested immeasurably.

Season two moves from the suburbs of Mapleton to the isolated town and aptly labeled ‘Miracle’ town Jarden, Texas. The heralded town prides itself on being a unique place, having had no known departures. Long time residents Erika (Regina King) and John Murphy (Kevin Carroll) are protective over their sacred, idyllic town, and the arrival of Kevin Garvey and his new look family quickly disrupts what had previously been a peaceful and untainted environment. A tragic event is the catalyst that tears down the foundations of a town whose reputation is put on the line. Kevin’s fate and personal demons from his actions in Season one come back to haunt him and test the stability of his new family. Important characters from Season one return, including Laurie, Jill and Tom Garvey, Nora Durst and brother Rev. Jamison as well as others.

The magnificence of The Leftovers comes down to the exceptional talent of its creators and cast. Already benefiting from such strong source material in Tom Perrotta’s original novel, there is an abundance of potential and exponential development for the show. Overseen by Damon Lindelof, The Leftovers has all the intriguing mystery and suspense of his previous project Lost.

When watching The Leftovers you sense that every moment and element of the show has been painstakingly scrutinized with creative thought and this is evident in many aspects of the show. For instance, the beautifully crafted opening titles shows the intent of the creators from the outset. Season one’s opening a montage of biblical inspired ancient art retrofitted with people being taken into the air for the Departure. Many were not happy about the change to the opening credits for Season two, but it is undoubtedly as fitting as the previous opening credits. In keeping with the change of scenery in Season two, the opening credits include stills of people from all walks of life, the silhouettes of those who have departed suitably filled with starry, empty and remote skies, over which plays the new title track, Iris Dement’s ‘Let The Mystery Be’

Visually the show is abound with religious and philosophical imagery but not to the extent that it overpowers or overbears the viewer. Everyone is dealing with the aftermath of the Departure in their own way as the show works towards a possible reason as to why the Departure happened, though it is question that may never be resolved or answered. It makes for intriguing development seeing the secular doubt their dismissive assumptions and the religious doubt their faith. Kevin Garvey’s increasingly unstable mental state is made more noticeable because we do not expect this responsible man to deteriorate as he does, and we the viewer also begin to question what we see. Rev. Jamison is continually faced with trials that test the extent of his faith against the reality of the post-Departure world. The show’s antagonistic group the Guilty Remnant prove a nuisance to those who want to leave the memory of the Departure behind, their muted and expressionless glares into the souls of others a simple but effective way of creating an unsettling presence and hard reminder of the past. This is but a small insight into the complexity of thought The Leftovers poses.

It is for these reasons and many more, that the lack of award nominations across various areas is somewhat an injustice to the efforts of those involved in The Leftovers creation. The show has this year failed to gain nominations for the upcoming Primetime Emmy awards, and time is running out as the show enters its third and last season. Whilst the The Leftovers has only spanned across two Seasons many fans would argue that the show has at least deserved Emmy award nominations. The first and most prestigious category that The Leftovers has certainly been overlooked in is Outstanding Drama Series, though normally this category is filled with shows that have an accumulation of nominations in other important categories. Another potential worthy nomination could have arguably been for Outstanding Writing for a Drama for the input of Damon Lindelof and Tom Perrotta. There are enough stand alone, top quality episodes, notably both Season finales and Season Two Episode 8 “International Assassin” that could have gained the show a nomination for Directing For A Drama Series.

The Leftovers also features some exceptional acting performances. Justin Theroux gives his all as Kevin Garvey, especially in Season two as he comes to grips with both the secrets of himself and of Miracle. There is also the notable performance of Ann Dowd as Patti Levin who gives her Guilty Remnant character a chilling air. The acting is strong throughout, but others worth mentioning include Amy Brenneman as Laurie Garvey, Carrie Coon as Nora Durst, Christopher Eccleston as Matt Jamison and Liv Tyler as Meg Abbott. These performances also arguably deserve to be recognized for award nominations.

With its exceptional high quality production, strong cast and even stronger acting, and a dedicated following, perhaps The Leftovers is one of HBO’s best shows to be overlooked for major accolades. Its most notable nominations to date include those from the Critics Choice Television Awards, with Carrie Coon winning for Best Actress in a Drama Series, and various nominations for Satellite Awards. The show was also nominated for an Writers Guild of America (WGA) Award for its writing.

The Leftovers isn’t the first hit HBO show to fall short of Emmy nominations, or fall short of nominations for other prestigious awards. Considered one of the best television shows of all time, HBO’s staple and groundbreaking show The Wire that ran for five Seasons only received 2 Primetime Emmy nominations throughout its lifetime, and whilst The Wire did receive award nominations elsewhere, there is a distinct lack of wins in its nominated categories.

How do you feel about The Leftovers omission from the Emmys? Does it deserve more recognition? Perhaps there are other HBO shows that warrant nominations for awards such as the an Emmy Award or a Golden Globe. Feel free to have your say!

Season three of The Leftovers is set to premiere in 2017.