It is only right that a fitting documentary of the great George Carlin is coming to HBO. The comic genius did do fourteen specials for the network and all of them are classic. Here via a press release are details: 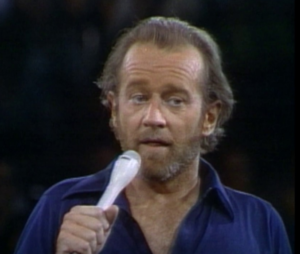 George Carlin (1937-2008), a celebrated stand-up comedian, actor, social critic and author, was best known for his irreverent, dark comedy and reflections on American society. Carlin was once dubbed “the dean of counterculture comedians” and has been regarded as one of the most influential stand-up comics of his time. He filmed his first HBO special in 1977 and appeared on “The Tonight Show” over 130 times. The documentary will feature a unique mix of conversations with Carlin’s family and friends, material from his stand-up specials, TV appearances and personal archive.

“George Carlin’s work becomes more relevant every day,” said Apatow. “It is an honor to be given the opportunity to tell the story of his life and work.” “Having been the public keeper of my dad’s legacy these last 12 years, I’ve dreamt of the right people appearing at the right moment to give the documentary telling of my father’s story what it deserves – an honoring of his comedic genius and unique cultural impact, while not shying away from his personal struggles and humanity,” said Carlin’s daughter, Kelly Carlin. “I’m thrilled that 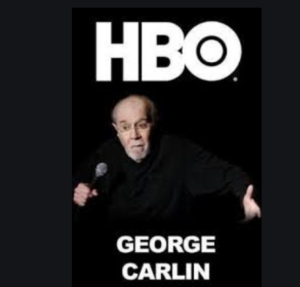 Jerry Hamza and I have teamed up with Judd Apatow, Michael Bonfiglio and Teddy Leifer to make it happen now. May the comedy gods smile up at us as we endeavor to share my dad’s heart, mind and genius with the world.” “It’s a great honour to be producing a film about George Carlin, a giant figure in comedy,” said executive producer Teddy Leifer. “The sting of his words is as sharp now as when he was on stage. Carlin is the comedian’s comedian who mastered his craft and shaped American counterculture such that he paved the way for a generation of comics that followed. I’m thrilled that we will once again be working with our wonderful colleagues at HBO and that Judd Apatow, another comedy giant, is directing.” “George Carlin had a string of very successful comedy albums in the first half of the seventies,” remarked executive producer Jerry Hamza. “When they ran out of gas, George needed a place that would accept his language and fuel his career. HBO gave George a stage where his language was unrestricted, and his comic genius was presented to millions.”

I don’t know about you but I am glad Apatow is going to honor this comic genius. I seen all fourteen specials and won’t miss this. How about you?