One of the upcoming works that seems to be holding some interest is THE LAST OF US, HBO’s high-profile series adaptation of the Sony Playstation franchise from CHERNOBYL creator Craig Mazin and Neil Druckmann, the videogame’s creator. The lead characters of Ellie & Joel have been cast with two alums from HBO’s GAME OF THRONES – Bella Ramsey and Pedro Pascal. 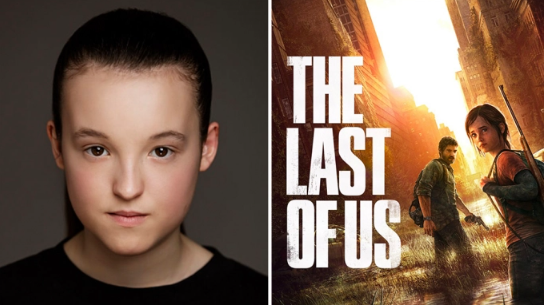 The first to be chosen was the young lady who played Lyanna Mormont (seasons 6–8) – Bella Ramsey. If you recall, Lyanna Mormont was the fierce and outspoken, 10-year-old head of House Mormont of Bear Island. She was the niece of Lord Commander Jeor Mormont of the Night’s Watch and cousin of Ser Jorah Mormont. In the fifth season, she refused Stannis Baratheon’s request to aid him in his campaign to overthrow the Boltons and rally the North to help him retake the Iron Throne, asserting her loyalty to House Stark and in the sixth season, she was approached by Jon Snow, Sansa Stark and Davos Seaworth for help in retaking Winterfell from Ramsay Bolton. She died heroically in the Battle of Winterfell, sacrificing herself to singlehandedly slay an undead ice giant. She also plays as Angelica, a girl living in Cittàgazze in Season Two of HIS DARK MATERIALS.

Now Ramsey is targeted to play Ellie. She needs to find a safe harbor outside the quarantine zone, in a world ravaged by destruction and disease. She herself is infected. Full infection normally occurs in under two days, but Ellie claims she was infected three weeks earlier and that her immunity may lead to a cure. 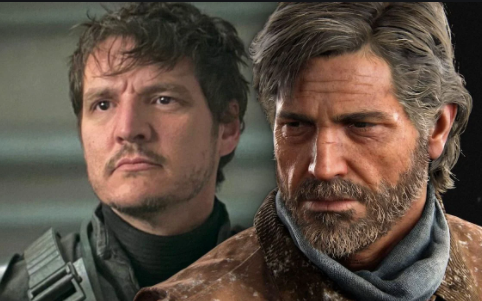 The man entrusted to get her away from both the hostiles and the infected is Joel. Upon the decimation of civilization, Joel finds him holed up in a city with a rebel militia known as Fireflies. He is charged by them to get Ellie to safety as she might hold the answers to curing the disease. Taking on that role is Pedro Pascal. You know him for two exciting characters. He played GoT’s Oberyn Martell (season 4). A renowned warrior and traveler, Oberyn (also known as The Red Viper) had eight bastard daughters, called the Sand Snakes. He arrived in King’s Landing with his paramour, Ellaria Sand, to attend Joffrey’s wedding in his brother’s stead, and his meeting with Tyrion made it clear that he had actually come to take revenge against the Lannisters for their role in the deaths of his sister, nephew and niece. At the wedding, Joffrey died after being poisoned, and Tywin initially suspected Oberyn of having a hand in the murder since Oberyn had a past with poison chemistry, while Oberyn denied involvement. He died a brutal death having his skull crushed by Clegane.

The other big-name character he has is of the title Mandalorian in Disney+’s Star Wars saga. If this was a Disney fan site you know we’d play that role up, right? Now, he adds to that resume one of the leads in one of the most successful videogames now being brought to live-action life for HBO. Will you take on the journey of Ellie & Joel when THE LAST OF US arrives? Do you like Ramsey and Pascal in their respective roles or are you going to insist that they don’t look enough like their Playstation counterparts?