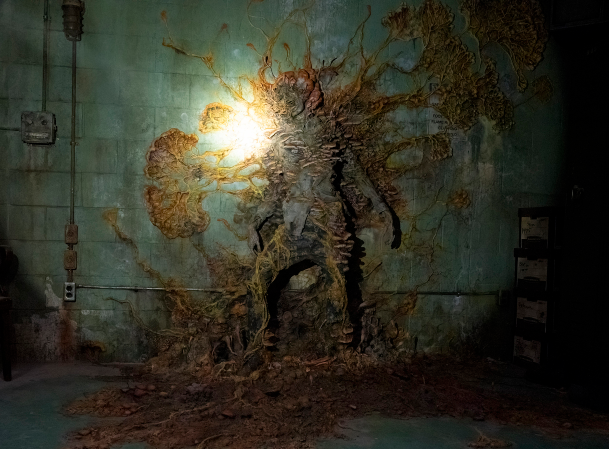 It’s finally here. From the rightfully award-winning creator of Chernobyl comes the HBO adaptation of what might well be the most lauded video game of all time – Naughty Dog’s The Last of Us. To even describe it as a video game feels icky because it transcends that label in every single sense of the word. It is high art that reaches far beyond the historical limitations of the medium and achieves levels of characterisation, storytelling, and intense emotional involvement that most film and television fall well short of. So then, the immediate question when an adaptation was greenlighted was simply, ‘why?’ Indeed, the case could be made as to whether or not a live-action version would even be necessary given what it would have to live up to. But, slowly and surely as the details of those involved began to reveal themselves, it became harder and harder to maintain skepticism. Craig Mazin’s Chernobyl is about as close to perfect as a limited series can get, so that’s reassurance point #1. Then, not only is there the blessing of TLOU writer Neil Druckmann, but his direct involvement in adapting the story for the screen – all of this promise prior to any lead casting. Then Pedro Pascal entered the fray, as if there were a hotter property. Ellie was always going to be a harder sell, regardless of the recruited talent, but Bella Ramsey has minimal time to establish herself with this week’s opening chapter either way. The biggest challenge that HBO’s The Last Of Us was always going to face, is that to achieve the grandest standards of success set by your Games of Throneses and your Chernobyls, you have to appeal to multiple audience types. Never has this been truer, or in fact more unique, than in this case whereby from the outset there was always going to be two key viewerships – those who have played the game, and those who haven’t. For the show to be a hit, it has to win over both in equal measure. But how do you deliver emotional weight to an audience who already knows in general terms what is going to happen? And furthermore, how do you do this without pandering to another entirely separate audience who are happy to tune in without any retrospective frame of reference? Granted, there is only the pilot to go on currently, but seemingly it is achieved by simply regarding your audience as an enthusiastic collective, having the utmost respect for and knowledge of the source material, and understanding your deliverable medium in such as way that it allows you to flesh out the nooks and crannies of the story in individual ways that a video game never could. This comes down to allotted time, and the ability to edit. Sure, the game is a masterpiece as far as it’s narrative goes, but it was always going to be bound the parameters of the medium – it is controllable from a single perspective at a time and therefore, outside of cutscenes, will always be linear to a point that a limited series will never have to be. From this comes the tougher of the appeals – to Audience #1. Though they may have been conservative about the show existing in the first place, and though they may be protective of The Last Of Us as this perfect IP, the relinquishing of the control they once had all of a sudden becomes the biggest draw. You are able to just sit back and allow it to consume you as you consume it. It’s like having a dream of something you know is going to be happening in the future, simply because you are growing more and more excited about it as the big day grows nearer, to then have it become a reality. It may not be exactly how you dreamt it, but it’s pretty damn close – maybe even expanding on it. Additionally, knowing full well the arduous labour that will have gone into crafting every frame of the game, and the inability therefore to leave anything on the cutting room floor, what this now entirely necessary adaptation does is allow for more justifiable meat on the bones. And, from that perspective, regardless of which audience camp you fall into, the ability to have more The Last Of Us than you’ve ever had privy to before – whether revisualising the plight or experiencing it from a standing start – is where every viewer wins out. Mazin and Druckmann know this, and away we go.

To prove this point early doors, the series opener considers it’s characters as brand new, raw entities for a full 19 minutes before it arrives at the point at which the original game began. That is 19 more minutes than anyone will have previously had to invest in Joel (Pascal) and his relationship with his daughter Sarah(Nico Parker, pictured). Where the 2003 chapter ends in devastating fashion either way, to have this initial bonding insight is incredibly valuable given how much it informs Joel’s character going forward, and the dynamic of his relationship with Ellie 20 years later which, in this episode, follows them up to the point where they depart 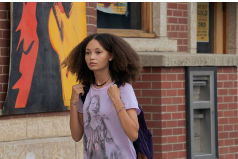 the Boston quarantine zone for the Massachusetts State House where they are to deliver her to the Fireflies – a mysterious rebel faction – for as yet unknown reasons (to them) in exchange for substantial survival supplies, weapons and transport. In the first instance, you are given (and able to spend) this time with them , and with their surroundings (their next door neighbours were not a feature in the opening to the game) as the inevitable and internal clock ticks down to the fall of modern civilisation without any of them knowing it. The emotional weight that this transfers onto the viewers is jaw-dropping genius (Nevermind the repeated visual framing of clocks in the opening sequences to suggest that it is literally a matter of time. Watches, digital alarm clocks, the window at the repair shop on the main street that reappears later in the episode, even a goddamn microwave going off to let you know the waffles are ready – it’s all there and affecting your headspace whether you clock it or not). You are sympathetic to the characters and their situation before it even begins to come crashing down simply because of your foreknowledge, and that is perhaps one of the most unique deliverables that this show has going for it, and one that is only made possible through the fact that it’s an adaptation of a video game as opposed to a remake of an older film or series – knowing what to expect in general terms, but having a total lack of control where it once defined what you knew of the story. And what story it is. And what a story it will continue to be.

The Last Of Us continues on Sunday nights on HBO  and streams on HBO Max.