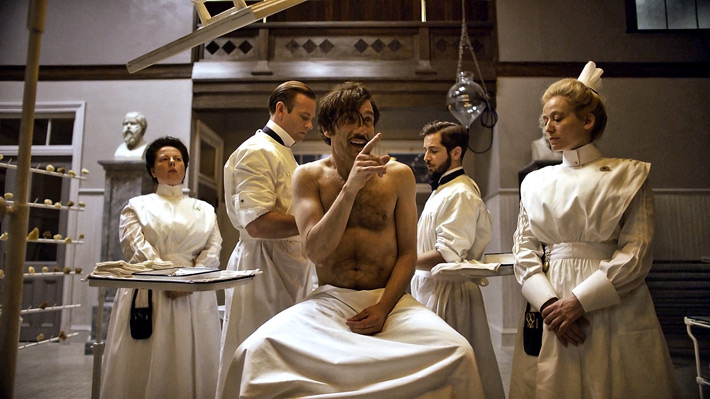 You have no idea how hard I yelled at the television screen in front of me. In a terse, emotionally charged season finale, we see some of the good guys win and we see the seedier elements get what they want. Is it fair? Is it morally just? It all depends on what you’re personal definition of morality is. Fans watched as Cleary came to rescue John from off the floor at Ping Wu’s heroin establishment. It pretty much goes downhill from there and this episode was not one for the weak or faint at heart.

Fans watched as Cornelia was given information that implicated her brother in their father’s death and the fire of what was going to be the Knickebocker hospital building. We see the descent into despair that Cornelia Showalter goes through. We mourn with the Robertson’s, as we now know Captain Augustus Robertson was indeed, a good man, who loved his children, and wanted to continue in his philanthropic efforts to help people a 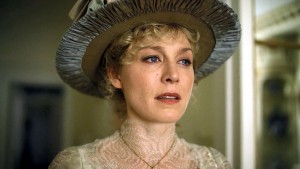 nd improve the medical field. He wasn’t the monster. The monster was Henry. Cornelia played right into Henry’s hands all along: admitting her suspicions about the bribes with the port officers, handing over all incriminating documents and meeting her father the night of the fire have all contributed to her part in their father’s death. No wonder why she chose to leave and never return. If you knew that your brother killed your father and now had full control of all the finances (he received a really nice financial settlement from the insurance company; how convenient) and the family endeavors, what else would you do? With no options left, she leaves for good – it’s not like there is anything to keep her connected to New York.  Think about it. She had a secret relationship with Algernon which resulted in an abortion; had a creepy father-in-law and was in a loveless marriage. Not exactly factors that would make any woman stay put.

We see the rise of Lucy Elkins from working class to first class; her relationship with Henry had given her sexual pleasure and power. She wanted more though and the opportunity presents itself while Henry invites her to the Robertson family summer house in Rhode Island. This is not the shy, innocent Lucy Elkins from season one. 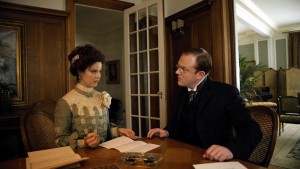 This is sexually adventurous, calculating and sly Lucy Elkins of season two. She makes her intentions very clear on what she wants to be to Henry; just a mistress or girlfriend is not enough. When Henry is confronted by Cornelia, he becomes ruthless and threatens her outright. While Cornelia descends down the staircase, Lucy is ascending it. The power dynamic has shifted. Lucy’s rise to power and social standing are seen as she and Henry embrace and prepare for their summer together. Cornelia, however, can’t wait to get the hell out of there.

We see Herman enjoying all the power and privilege of the Gentlemen’s Club. Harassed by police and a detective, Herman bemoans what he’s going through to his friends at the club. I was actually shocked to see that his new found snotty status with the club afforded him protections and power. Absolute power corrupts absolutely. As in the case with Henry Robertson, Herman Barrow throws his weight around and makes several preparations: he gets papers for his snazzy upper West Park apartment to be transferred into Junia’s name (hmm…..not sure I would trust her but it’s his life) and he gets an attorney and his friends at the club to pull through for him. The pesky detective will no longer be bothering Herman, and there will be no charges laid against him for arson. Another scumbag who ends up being rewarded. Although the last image is of Herman’s hands….and what’s with those spots? A rash? Lesions? Something hideous that maybe his ladylove passed on to him? That would be poetic justice. Gallinger, another scumbag, is offered the opportunity of a life time, to go on an academic tour informing the medical community and medical students about the practice and origins of eugenics. It seems that this man literally rides into the sunset with cap in hand, his new surrogate wife Dorothy in tow. He travels first class, has a greater salary and starts another side to his medical career. Bully for him! And the very first stop in this academic tour is Germany. I don’t think that destination was a random one, either. Why are evil people rewarded so well?!

Next we see Thackery lying down in a dingy brothel, stoned out of his mind. Dude, don’t you get it, already?! Cocaine has basically eaten away at your intestines and yet you still go and shoot up?! And then in your addled, manic state of mind you refuse proper surgery and insist on doing your own?! And you refuse the medical expertise of two colleagues on staff?! From that point on, all hope was lost. This insane surgery was partially well intentioned (you know, for the purposes of science and medicine) and half completely bat shit crazy insane (because any doctor performing their own surgery is going to have dire consequences). It ends horribly.

“This is all we are,” says Dr. John Thackery, while on an operating room, semi sitting, coked out of his mind and light-headed. He says these final words to all the doctors watching him in the medical theater. Suddenly losing blood and slipping into flashbacks of Abby and Sonya, the young female patients who have died, John Thackery bleeds out. Gallinger, Algernon and Chickering Jr. try everything in their medical repertoire to save him. A last ditch noble effort on Bertie’s part – stabbing adrenaline into John’s chest – all is for naught. 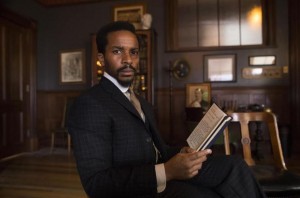 In one final discussion with Henry, Algie takes his inheritance and puts it towards another medical endeavor: continuing the work of meeting with drug and alcoholic patients. We are witness to Algernon’s medical career as a physician end, but a small glimmer of hope leads us to believe that he will continue on in the field of psychiatry. Algernon feels he must pick up the mantle and continue the addiction and recovery work that John had previously botched. With a supportive wife and a newly budding career in psychiatry, I can only hope that Algie would rise up to the occasion and become a successful psychiatrist. One good thing to come from this heart-breaking and shocking episode. We hear the murderous confession of Henry Robertson and we witness the ill performed operation in which John Thackery mutilates himself and dies. Those two events should have been shocking enough to make any fan seethe with rage or disbelief. But it is the confession of Thomas Cleary that really dropped the ball. Holy $$#@!!! Remember when Harriet got arrested and jailed for performing an abortion at the beginning of the season? Well, well, guess who arranged that little stunt? Okay, now it was completely wrong for Cleary to do that to Harriet. Yes, he’s in love with her and yes, they have a tidy little business going on that affords them money and steady production. BUT Cleary, why would you do that to Harriet?! I guess he never thought that the law would have been so tough on her. The 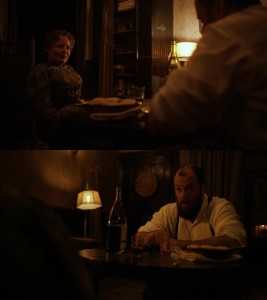 worst part of this ordeal is that we, the audience, know Harriet doesn’t suspect a damned thing because she’s accepted his marriage proposal. So while I’m happy that these two will spend their lives together in holy matrimony, I am torn at how it had to go down and how Harriet had to suffer. I mean, I wanted these two to get together for the longest time….and when they do it ends up a bitter pill to swallow.

Yes, this is all we are; we’re humans, walking, talking sacks of blood, bones and muscles all held together by skin. We’re capable of feeling many things like love, hate, pride, jealousy, fear and empathy. After the emotional rollercoaster ride of this season finale, I’m reminded that I felt all of those emotions in one sitting.

Talk about going out with a bang. Well played,  Knick. Well played. Find our complete set of reviews here.  Could there be a Season Three after this? All we can do for now is conclude, as always, with the Post-Op.