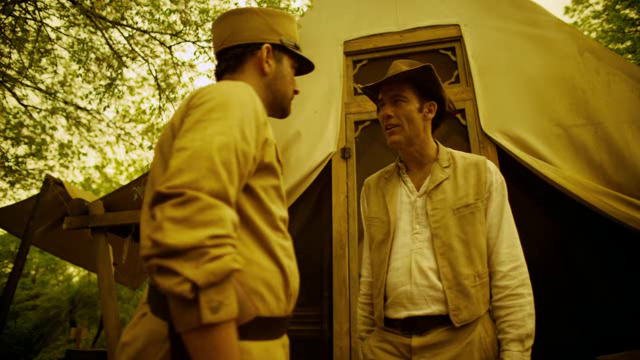 We’re witness to many awful things in the penultimate episode. (First, if you need to witness the last one, go ahead.)  There were four themes that I picked up on during this one: sex, racism, parental roles and how power tends to corrupt all. In a flashback to 1894, we see the history between Robertson and Thackery and how Thack saved an entire village from small pox. We see how Robertson made his fortune and how he was able to cut costs by travelling through Nicaragua, in order to save time and money, to get to the Pacific. Robertson also brought with him disease (cargo full of small pox germs), which the local police held him accountable. We observe Thack’s medical savvy in concocting a vaccine and getting Robertson released. The man is versatile and can use his medical skills just as keenly in the jungle as he does in an operating room. Robertson brings Thackery on board at the Knickerbocker as a means to repay his gratitude and we know what a career it has been for him there.

A small glimmer of hope at the Knick – the twins are on the road to recovery and have been adopted. Unfortunately, Thack is not there to say his goodbyes – he’s too busy playing referee between Algernon and Everett and then collapses on the street. Thack’s years of cocaine use have caught up with him: upon further investigation by Dr. Zinberg, with Bertie and Algie in to observe, they reveal that part of his intestine has become rotten to the point of serious infection. If left untreated, it will cause poisoning, it could rupture and John could die. Thack seems to have his head in the clouds; he’s foggy, distant and apathetic. He’s lost the love of his life and just doesn’t care. Drugs fill a void. Drugs don’t lecture him. Drugs don’t put pressure on him. Further down the rabbit hole he goes. Sad. 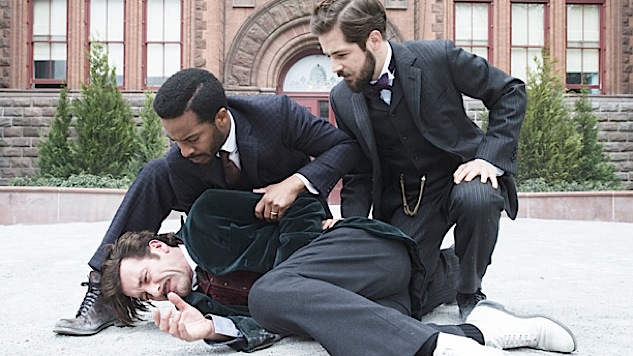 Everett’s clandestine sterilizations have finally come to light and in front of a tribunal of medical doctors, at the New York State Physicians Board. It is worth noting that the medical doctors presiding over this tribunal are all white and all in favor of eugenics as a credible field of science. We all know how this plays out for Algernon. Not only have the doctors agreed with the sterilizations and dismiss the charges, the revelation of Dr. Cotton’s true killers – his own sons – completely lets Everett off the hook for his wife’s wrongdoings. Not to mention verbally and physically assaulting Algernon outside the medical building while uttering a racial profanity make Everett sink to new depths but the worst was his being turned on by the whole ordeal and having Dorothy slake his lust, too. This man has become the biggest bastard on the show (well, it could be a toss up between him and Barrow).

In a comical turn of events, Cleary and Harriet are making a tidy profit selling their sheepskin condoms. Well, why not? Fortune favors the bold and they set to work by going to brothels and other gentlemen’s establishments. Where Cleary makes a production out of selling the products, Harriet makes quick work and sells out. The 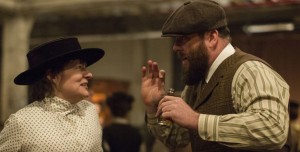 working ladies are eager to have some form of protection that protects them from unwanted pregnancy and the gents are happy to have them as a means of protection. Cleary and Harriet are doing society a favor by providing people with birth control. It greatly reduces venereal disease and lowers the rate of unplanned children. Ignorance is the real sin, not education. And while Cleary still professes to have feelings for Harriet, she rejects him cruelly by commenting on his appearance. Tisk, tisk, Harriet. That was just plain mean!

Two very different power plays that came into effect were by women: Effie Barrow and Lucy Elkins. Each of these women has or was suffering at the hands of men and one way or another, they are bound and determined to take some power into their own hands and turn the tables. Barrow might be a member of the “club” now but his good fortune won’t last long. Effie confronts Herman in his office. It’s obvious he wants nothing to do with his soon to be ex-wife and just as he feels he has the upper hand, she calmly tells him about her bank errand. It seems that while she was going to the bank to retrieve her jewelry from a safety deposit box, the bank clerk mistakenly gave her the keys to another security deposit box. All the better. She now has the means to ruin him and her alternative is making him suffer, financially. He can keep his whore and his upper west-side apartment for all she cares on one condition: cough up the money to keep her living comfortably for the rest of her life and that their children are properly schooled. Otherwise, certain papers may find themselves in the hands of people who know nothing of Herman Barrow’s deceit 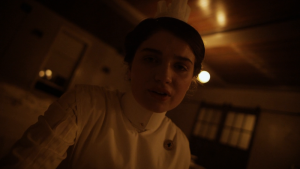 and fraud. Herman, ever the gentleman, tells her off and only agrees to five years of paying for her silence. Remember Herman, what’s that saying like ‘hell hath no fury like a woman scorned?’

Lucy takes the opportunity to get revenge on her dear papa. In total contrast to Bertie losing his beloved mother, Lucy is all about the cold hard edge: she calls her father out on his hypocrisy. She tells him, in graphic sexual detail no less, about the things she’s done with John and Ping Wu and how low she sank. She makes it perfectly clear that she will do what she needs to do to get ahead and stop being a victim. She no longer cares, nor does she seek her father’s approval. Like the poor farm mule, Moon Flower, that received beatings and was put to work day in and day out until the poor beast was too old to be useful, Lucy injects a lethal dose of an unnamed substance into her father’s veins, silencing him forever. He was paralyzed after his stroke and being of no further means to Lucy, he really had no other purpose in her life. She walks off into the night without a backward glance. 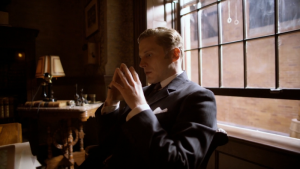 Cornelia is the one woman losing power and focus. Cornelia is on the brink of marital disaster. Phillip is cold and callous; he demands she accompany him on a business trip. He’s tired of a wife who isn’t loving and supportiv;: if she doesn’t go with him right then and there, then he’ll find someone who will. But maybe this is what she needs to do in order to break off with Phillip. After all, she’s in emotional turmoil after finding out about the pay-offs and the murder of Speight. The one thing Cornelia does not piece together is that perhaps it is not her father who is corrupt, but maybe someone else close to her heart: her brother, Henry. He’s longed to call the shots for some time now and bristled with resentment at not having the full power of the Robertson name and shipping empire solely to his discretion. He’s totally playing it up with his sister, leading her on to believe that their father is corrupt and murderous. Too bad that Cornelia can’t see what’s really happening. Henry has longed for power: to be the boss, call the shots and well, if anyone crosses him… 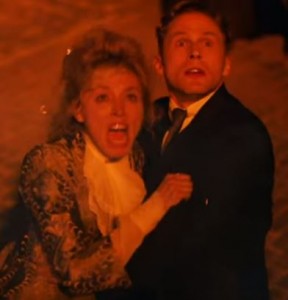 As the two of them are supposed to meet their father at the construction site that evening, what really goes down is the revelation that Captain Robertson is not the monster his children (or Henry) have made him out to be. He denies all the accusations hurled at him by Cornelia. His concern for Cornelia’s safety to get out of the So, where was Henry during the confrontation? And how convenient that the new building is suddenly going down in flames! Perhaps someone was hoping that both father and daughter would perish in the fire. With shock and horror, Cornelia and Henry watch as their father leaps to his death out of a window. Who lit the fire? Who had most cause to gain? Two people come to mind in Herman and Henry. I’m sure Herman will be pleased….more delays, more time to skim off contractors and supplies because the building will have to be built all over again. With Daddy Robertson out of the way, Henry will inherit the empire and all the power that goes with it. I fear that Cornelia will lose a great deal of power, her relationship with her husband is almost in ruins and her relationship with Henry will be strained, to say the least. Especially if Henry had a huge part to play in the bribes of sickly passengers and the murder of Speight.

Just how long people at the Knick will be on the road to ruin remains anyone’s guess. But, we only have one more episode to find out. Here is this episode’s Post-Op.